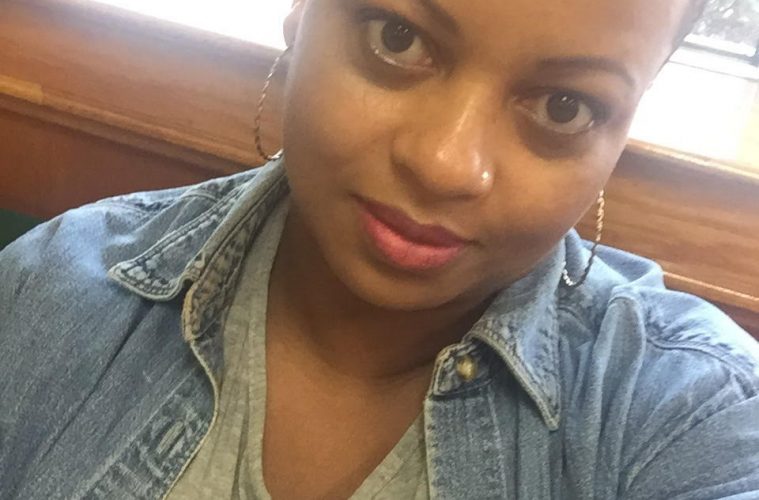 Mikisa Thompson is deeply engaged in the work of Black liberation, a headstrong activist associated with Riot Revolt which seeks to organizing and educate oppressed people in the struggle for unity, dignity, and liberation. She is also the driving force behind Blackmomrade that is aimed to educate Black Mothers on how to raise revolutionary Black children. It is the close bond with Black trauma that reinforces why she can’t turn a blind eye to the injustices of the world. However, in May, all eyes were suddenly on her.

Not too fond of Malcolm X? Watch as North Carolina cops issue a citation for the crime of playing his speeches on your own property. pic.twitter.com/gh4odIn3A2

Cops in Garner, North Carolina raided Thompson’s home at 10 p.m. in the evening after a neighbor of hers called the cops on her again. Don Barnette complained that she was playing her Malcolm X speeches too loudly that were deemed “Islamic Jihadist”. Half a dozen officers showed up at her door, ordered Thompson and her children out. Cops seized an HP laptop, a computer monitor and speakers, at least seven iPhones, a MacBook, an alarm clock and charging cables. Thompson was charged with three misdemeanors and a $500 fine.

“I just think about my position with the movement And. Yeah it feels good to be so dangerous to the police because it just lets me know I’ve been doing something right this whole time,” Takiyah Thompson said of the May 16 incident.

Takiyah added that she was affirmed. She’s always had a rebellious spirit.

“It just shows me why I’m doing the right thing. Like, meanwhile you have so called activists out here who are friends with the sheriff. You know, I’m getting my door bust in.  So that lets me know that there is something to actually upset the status quo and the homogeny over that white people hold in this country,” she said.

“So, you know, I mean I feel like all the real activists, organizers and revolutionaries that we’ve looked up to, the police have been afraid of. So, it makes me feel like you know, I’m on the right path now.”

The fire that boils in her blood was inherited from her mother who has made it her mission to be fearless in the pursuit of a call to action. Still, the whirlwind of the past few weeks has taken some time to adjust. In an exclusive interview, Mikisa shared that the aftermath of the life changing event was another reminder of how human she is. 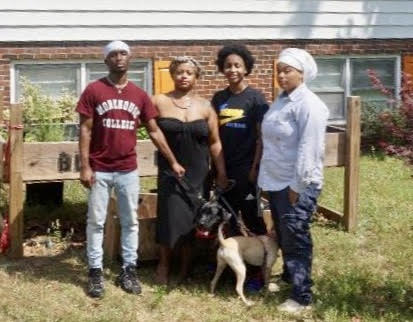 Mikisa Thompson and her children 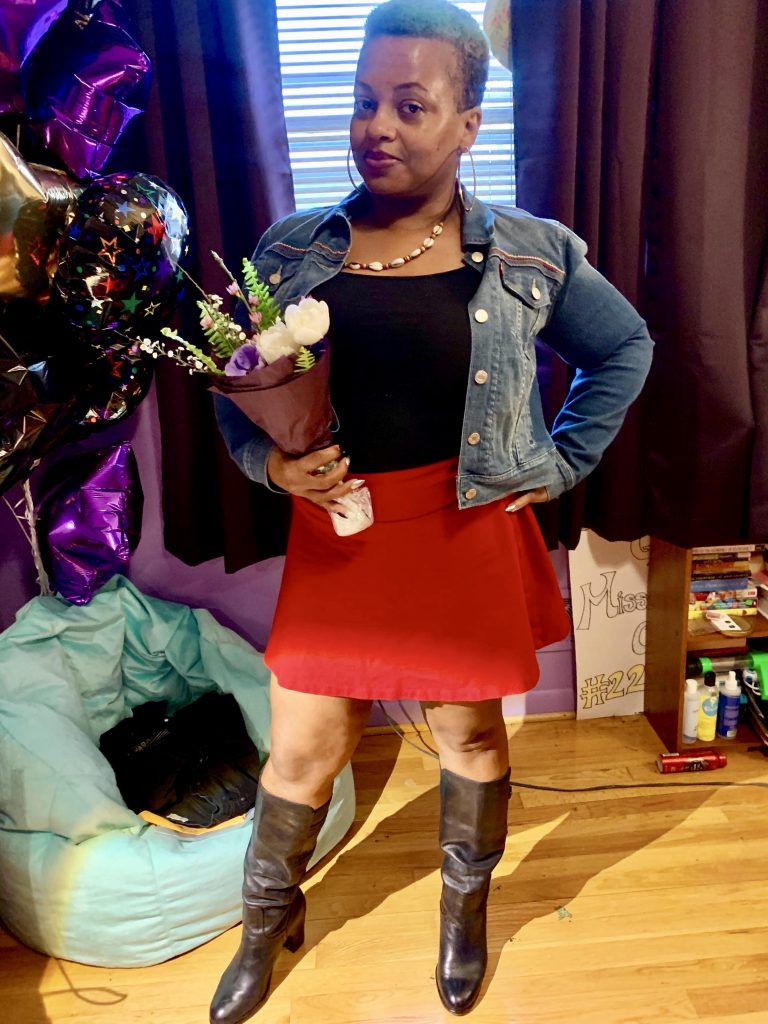 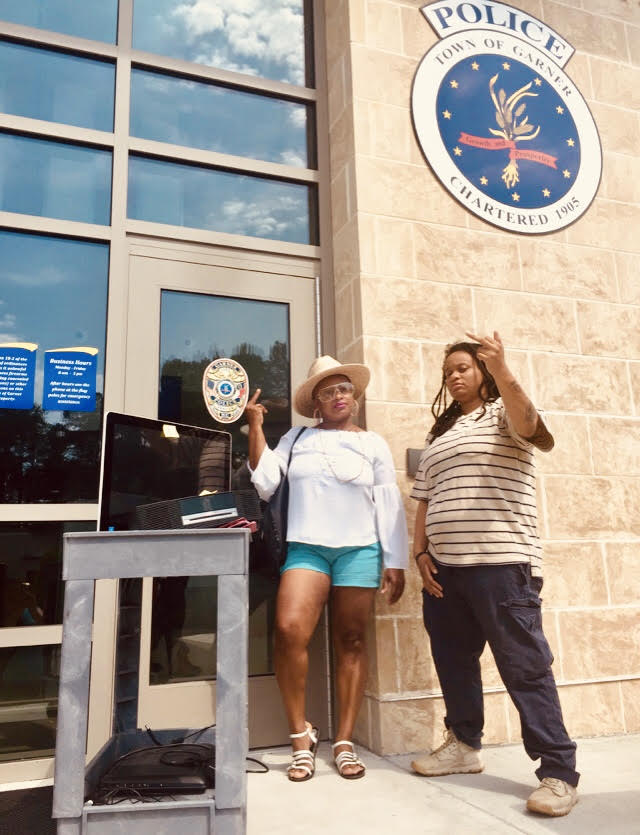 I was feeling really down today and the pick me up that I needed delivered this message to me today… to remind me why I live and breathe… a change gone come pic.twitter.com/0Tc2s2jGB6

Mikisa explained the reaction has been mostly positive, with many offering financial support but the emotional consequences from the raid is taking its toll.

It hit me hard initially but because I’m an activist, I got into the mode of ‘OK, I have to solve this. This is wrong  and what are we going to do next, right? And in the midst of that, I broke down and I’ve been breaking down since then because being an activist, that doesn’t makes it any easier. It’s still hard because I’m still human, you know? And then now I’m doing this activism around me and my own case and still have to deal with the fact that you know this actually happened to me and be an activist and be a mom and be a mother you know.

Mikisa detailed that she’d been crying for details and still had to deal with backlash from the raid all because she played Malcolm X Speeches.

For instance, this morning, I had an incident where the trash wasn’t picked up and usually it’s picked up on a Thursday but because of the holiday [Memorial Day], the street is closed and because I have a history of my trash not being picked up I sent the tweet out to the Town of Garner asking when my trash will be picked up.”

So this what happens when you inquire about service that you pay for in taxes a busted can… @TownofGarner $300 plus damages send me my money pic.twitter.com/1RPNn73nRz

She alleged a representative laughed off her concerns. When her trash was eventually picked up, the lid had been broken. It was another form of harassment to her.

Mikisa shared that she and her family are planning to move. However, that has been complicated by the fact that she is currently unemployed.

And the reason for that is my name is associated to fight in white supremacy. And that’s not a topic that, you know, a lot of people want to deal with that are black or white because they believe that you know we have overcome so much as a people so they don’t really want to touch it and hire me. And that’s really unfortunate because I have a lot to offer. I have a finance background. I also am interested in community organizing. So, if they have any inquiries, they can send it to Riot Revolt.

Mikisa was hopeful that the charges against her for playing Malcolm X Speeches would be dropped. However, the underlying racism that led her home to be raided was an issue that could not be easily dismissed.

I have so many stories just like on a daily basis where White supremacy affects my life. But at the same time, if we don’t call it what it is and we’re scared to name it, you can’t attack it. People used to be scared to talk about cancer as if  not talking about it would make it go away. Not talking about it makes it spread just like the cancer of white supremacy. And just like it’s happening now where it seems like it’s going on more and more. It just has more of a spotlight on it. I don’t think that it’s ever been alleviated as being people are under the guise that it has because there are so called laws in place that are supposed to protect you. And there were laws in place that were supposed to protect me from being invaded and raided. But I still got raided over listening to Malcolm X Speeches. So we must talk about it in order to tackle it.

Mikisa believed that her neighbor most likely hated Malcolm X in his youth and is now a “baby boomer racist.” Furthermore, she pointed out that cops were called on her children who were playing basketball at 4 p.m. and when she played music from rap artist Boosie.

They don’t understand the message that Lil Boosie has, right? But they definitely understand the message that Malcolm X had and still has and the impact that he’s made around the world in life and in death. It’s too much for them to handle because he’s teaching about love. The greatest love of all and the only thing he could decipher is what he heard from his racist friends. ‘Oh Malcolm X, he talks about killing white people.’ Malcolm X spoke about self-defense which we need. During Malcolm X’s time, people were being hung by trees. On a tree burning, castrated and things like that. So yes, he talked about self defense. By any means necessary and that’s relevant. And I think you know at this point they’re scared to deal with the real reality of oppression. You know Malcolm X spoke out against oppression. So why would you try to be even more oppressive and then have the police work on your behalf to create more oppression that create greater revolutionaries.

Mikisa underscored that the upcoming election was another turning point in the history of America where would be revolutionaries could make a difference. She was not committed to either party.

There is no Democrat and there’s no Republican that can save us. We are the only ones that can save ourselves. You know we’ve been voting one way or another for as long as they let us. Whether it’s beating us and fighting for the right votes but the rules keep changing and shifting.  when we can create those rules to make the lives that we need such as like abolish prisons. And actually jail the people who deserve prisons like people who keep our services away from us and won’t give the land back to the Native Americans that actually were here before they got here then things will change.

A fundraiser has been set up to financially assist Mikisa Thompson and her family for “solidarity and not charity”. Donations can be made here.