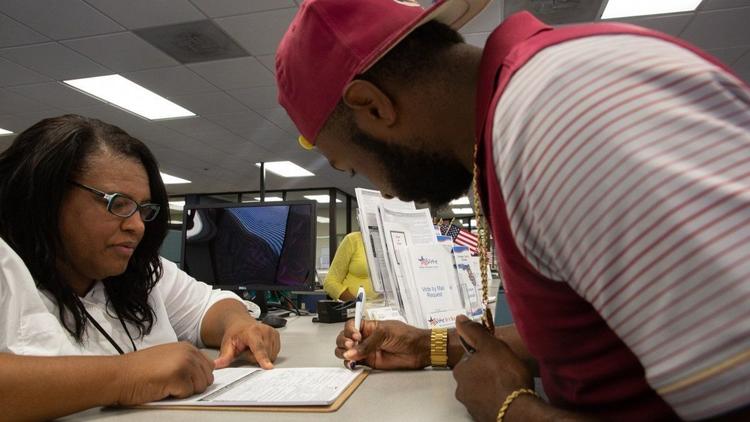 Florida Republicans passed a bill Tuesday that would require that court fines, fees and other “financial obligations” such as civil court judgments must be paid in full in order for voting rights to be fully restored to felons.

The Orlando Sentinel reported that The house Criminal Justice Bill is a result of whether Amendment 4, which passed in November with almost 65 percent of the vote, would be watered down by lawmakers. That vote gave felons the right to vote after serving time in prison. However, critics of this new bill insist that this new effort is a way of going against the will of people and further punishing those who have served their debt to society.

The bill “is an affront to Florida voters,” said Kirk Bailey, political director for the ACLU of Florida, who said it was “overbroad, vague, [and] thwarts the will of the people … This is exactly what we were worried about from the beginning.”

Neil Volz, political director of the rights commission, said that the bill was another way to nullify the restoration of voting rights.

“To allow a government employee or financial institution to determine whether someone can or cannot vote is not a good idea,” Volz said.

“It’s blatantly unconstitutional as a poll tax,”  he said.

Republicans were quick to push back against the notion that this bill was put into legislature as a means of blocking anyone access to the ballot.

This new bill would also expands how felony sexual offenses and murder are defined. These convictions are the lone exceptions to having the right restored for voting. Trafficking and locating an adult entertainment store within 2,500 feet of a school would now be deemed as falling under the new stature in addition to requiring the departments of State and Corrections to share information on a voter’s or potential voter’s felony history and eligibility.

“Today, we saw the beginning of the politicization of Amendment 4,” Volz said. “We think we can do better than that.”