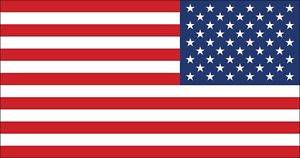 A sixth grader in Florida was arrested earlier this month after refusing to recite the pledge of allegiance.

In a news release, the Lakeland Police Department stated that the unnamed 11-year-old student who is Black was charged with disrupting a school function and resisting an officer without violence on Feb. 4. The confrontation was a consequence of the boy refusing to recite the pledge of allegiance. He described the pledge as racist and blasted the national anthem as offensive. The substitute teacher, Ana Alvarez, took exception and reportedly asked “why if it was so bad here he did not go to another place to live.”

“They brought me here,” the boy replied, according to the statement.

Alvarez then reportedly said that she came to the United States from Cuba. Alvarez also said she’d leave if she no longer felt welcome.

“I came here from Cuba,” Alvarez said according to The Washington Post, “and the day I feel I’m not welcome here anymore, I would find another place to live.”

The student was asked to leave the class but refused. He was then arrested in front of his classmates.

A school spokesman said that students are not required to participate in the pledge.

“We do not condone the substitute’s behavior,” the district said in a statement Monday. “We respect our students’ right to freedom of expression and we are committed to protecting that critical right while ensuring peaceful classrooms so all students can learn.”

Furthermore, the district said that Alvarez wasn’t aware of that policy and would no longer work with the district. The Lakeland Police Department disputed the reason why they were called to intervene, insisting in a statement that for refusing to stand for or recite the Pledge of Allegiance was the reason.

“This arrest was based on the student’s choice to disrupt the classroom, make threats and resisting the officer’s efforts to leave the classroom,” the statement read.

Dhakira Talbot, mother of the student, challenged any notion that her son was disrespectful to NBC.

Talbot felt that the school could have handled the incident in a better manner. She also denied that her son made any threats to the teachers and wanted him to be transferred.