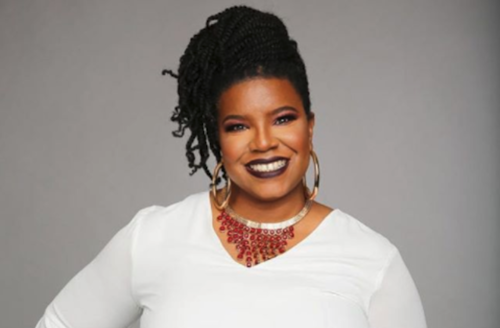 April Reign, creator of #OscarsSoWhite, has been invited to attend the Academy Awards which will be televised this Sunday.

Reign created the hashtag four years ago in 2015, a response to the under representation of minority actors when it came to nominations. The nominations in the acting categories were all white. Since then, the Academy has sought to be more inclusive by issuing invitations to more women, people of color and international filmmakers to join the Academy. This year’s categories are more diverse, with Black Panther, BlacKkKlansman, Regina King,  Mahershala Ali and Spike Lee all in contention for awards.

Reign shared on Twitter that she would be at the Dolby Theatre to watch as the awards be given out.

In an interview with The Hollywood Reporter, Reign expressed gratitude that her efforts have not been in vain. She has long been an advocate of marginalized communities across many industries, not just Hollywood.

“After creating the hashtag and working for almost five years to turn it into a movement that not only changed the Academy but made its way into so many other industries, I feel immense pride and a sense of coming full circle, back to the where it all began,” Reign said.

“The work continues, but I am thrilled to be able to celebrate the incremental progress that has been made, even if only for a night.”

Reign felt that Lee’s nomination for Best Director of BlacKkKlansman was a validation of her efforts. She also cited the success of Black Panther as affirming her message.

“Black Panther was such a game-changing film in so many ways. Not only did it shift the culture, it put to rest tropes on which Hollywood has relied for far too long,” she said.

Reign already knew who she would be bringing to the Oscars ceremony: her 19-year-old son.

“Because the whole point of #OscarsSoWhite is that children of any age should be able to see themselves reflected on screen,” she said.