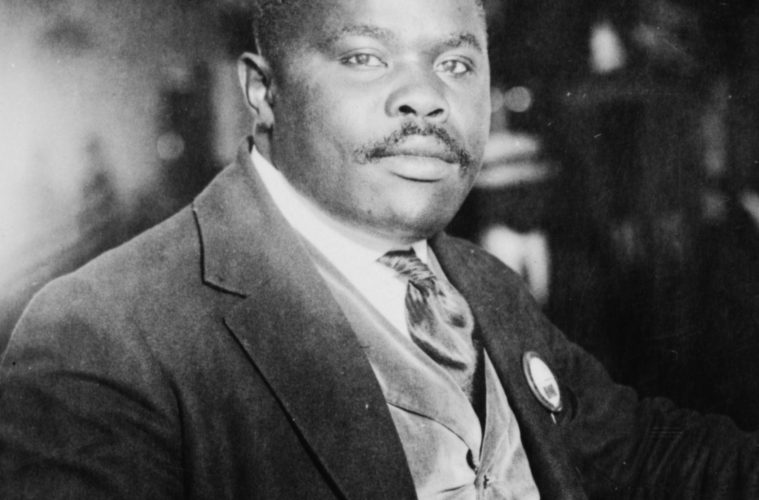 Marcus Garvey: Racial Redemption and the Awakening of the African Diaspora

Marcus Garvey was one of the foremost political leaders of the early 20th Century. He courageously advocated pan-Africanism, Black nationalism, and race first philosophies during the zenith of global white supremacy. Garvey was one of the forerunners of the Black nationalist leaders that came to prominence in Africa and the African diaspora during the mid 20th Century. He unleashed an African worldview that challenged global white supremacy and these ideological ideas laid the basis for the trans-national liberation movement for Africans at home and abroad.

Marcus Mosiah Garvey was born in St.Ann’s Bay on August 17th,1887 in Jamaica. The history of the Caribbean was rudely interrupted by the rise of Europe, particularly that of Spain, after the expulsion of the Moors in 1492. The emergence of Spain and Portugal, coupled with the voyages of Christopher Columbus stimulated European expansionism which set off a cataclysmic impact on Europe, Africa, the America’s, and the rest of the world.

European expansionism and the profiteering of commissioned and semi-commissioned adventurers like that of Sir Francis Drake and his cousin Sir John Hawkins led to the enslavement and commoditization of Africans.  These ‘adventures’ were financed by the so-called Virgin Queen, Elizabeth I, and helped fund the triangular trade. As Eric Williams maintains in the book “Capitalism and Slavery,” these methods assisted in financing Britain’s imperialist thrust into the Caribbean islands and America.

The profiteering of European nation states led to the legalized enslavement of millions of Africans and the genocide of millions of the indigenous people of the Caribbean. According to Catholic cleric Bartolomeo de las Casas, approximately 12 to 15 million Carib’s were wiped out as a result of European imperialism in the Caribbean. In addition, Europe’s conquests caused the construction of a hegemonic racial power paradigm.

Recognizing that centuries of racism had impoverished the lives of Africans across the globe from a material, psychological, spiritual, cultural, and historical perspective. Garvey found that Africans and the descendants of enslaved Africans had inherited notions of inferiority that damaged the African psyche.

Garvey’s work came before that of Franz Fanon, Amilcar Cabral, and Joy Leary. He realized that white supremacy had left a legacy of psycho-cultural trauma which had distorted the political consciousness of Africans. In retrospect, an unlettered man born in Jamaica pierced the veil of centuries of miseducation by identifying the so-called Negro’s African heritage.

There were no major texts that identified the existence of ancient African civilizations or an abundance of literary texts that exalted the virtues of an African identity when Garvey was born. Africans in Africa were viewed as savages and the descendants of enslaved Africans in the diaspora had been taught to reject Africa and their Blackness. Furthermore, only Haiti, Ethiopia, and Liberia had any semblance of political sovereignty during Garvey’s time.

Through his work, Garvey was able to influence leaders such as Kwame Nkrumah, Jomo Kenyatta, Malcolm X and a cadre of nationalists, reformists, and revolutionaries. Specifically, his work countering the negative racial propaganda that Europeans and Euro-Americans had fastened onto the image of black people for centuries. 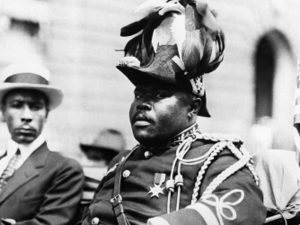 As often occurs when discussing counter-hegemonic or black liberation movements, mainstream historians have focused on Garvey’s failure to liberate Africa and people of African descent. It is not wrong to suggest that the Universal Improvement Association (UNIA) and the African Communities League did not fulfill Garvey’s aims. From a materialist perspective, the failings of the Black Star Line, the UNIA’s other business ventures, and the collapse of the UNIA could easily negate the assertion that Garvey possessed great leadership credentials. While accepting, of course, the external factors that caused the UNIA’s downfall.

On reflection, Garvey’s leadership was best exemplified in his efforts to decolonize the minds of African people as he reached down into the fractured consciousness of a people whose self-image had been ravaged by centuries of racist and pseudo-scientific propaganda and told them that they were heirs to a hidden history and a stolen legacy that has no rivals. Carrying on the work of Arthur A. Schomburg who exalted black pride in his seminal essay ‘The Negro Digs up his Past.’

Unlike Du Bois and the elite faction of the African American talented tenth, Garvey spoke to laypersons and the black masses across the globe by articulating his message of liberation in the newspaper Negro World and the monthly magazine The Black Man. Issues of color, class, and the ideals of double consciousness that Du Bois laid out in “The Souls of Black Folks,” also played a role in the conflict between Garvey and some members of the African American elite.

According to Garvey, centuries of racial oppression and colonialism had encouraged disunity among Black people and deep suspicions regarding the legitimacy of Black leadership. His activism forced Black people to confront the externally induced self-loathing that hindered their efforts to meet their collective interests. Significantly, Garvey argued that Black liberation was dependent on self-knowledge bolstered by an appreciation of African people’s historical achievements. 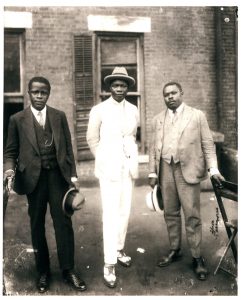 Garvey played a pivotal role in intellectualizing and internationalizing Pan-Africanism. He understood that the principal battlefield existed within the mind of the oppressed and the oppressor. Furthermore, in order for liberation or behavior modification to occur, the group would be required to restructure their socio-political, cultural, spiritual, and intellectual consciousness.

It would seem fitting to argue that Garvey’s contributions to African liberation and his intellectual impact have been underacknowledged. The under acknowledgment of Garvey’s leadership credentials when it comes to international relations and black liberation come down to three factors. The successful covert counterintelligence operations of British and American government intelligence apparatus. Garvey’s quest for African liberation was antithetical to the racial politics and interests of state actors in America and the colonies. Lastly, despite some exceptions, the architects of Western culture had a tendency to construct, maintain, and perpetuate the Eurocentric and racial norms of Western society. Often creating tensions in the evaluation of Black freedom fighters like Garvey whose activities threatened to destabilize the dominant social order.

The fact that the UNIA was destabilized by British, American, and other colonial governments is indicative of the threat Garvey’s movement posed to Western interests. In America, J. Edgar Hoover’s General Intelligence Division, the forerunner of the FBI, and other organs of the American state, willingly bypassed their own racism and utilized Black informants and agent provocateurs to disrupt Garvey’s business and political ventures.

No stone was left unturned as the European and American power structures sought to immobilize the rise of African people. The US state department, the US justice department, and Hoover pursued Garvey with a vengeance.  Hoover ordered his subordinates to find or manufacture illegal activities in order to destroy Garvey. Persecution from the state, coupled with the collaboration of African American leaders like Du Bois and members of the NAACP led to Garvey’s imprisonment and deportation from America. Suffice to say Garvey’s plans stimulated the significant opposition he and his supporters faced.

The fact that Garvey traveled widely in the Caribbean, parts of South and North America and lived in London provided him with knowledge of the international dimensions of white supremacy. Ironically, European American’s rejected Garvey’s revolutionary spirit despite their reverence of the American Revolution and Patrick Henry’s cry of ‘give me liberty or give me death.’ Racism, self-interest, and cognitive dissonance prevented the white collective from supporting the UNIA’s global agenda. It is clear that white people rejected the UNIA and its so-called militant tendencies. However, historiographers must recognize that the brutality of racial oppression and colonialism undoubtedly fueled the rise of Marcus Garvey.

Despite some errors, Garvey became a leader of international stature because he spoke in a bold and courageous manner. He addressed the damage that centuries of racial propaganda had wrought on the minds of Africans at home and abroad. Garvey recognized that his constituency had been taught to despise their features and made to believe that they had no legitimate history or corresponding culture.

Marcus Garvey was an international leader. The intellectual black Moses that reconstructed race relations internationally by spawning a greater awareness of Africa, African identity, and Africa’s role in politics, economics, and history. He inspired generations of black and African people, even from beyond the grave. Clearly, Garvey was one of the Fathers of black nationalism and Pan-Africanism despite the odds of becoming a leader in both international and intellectual power politics.