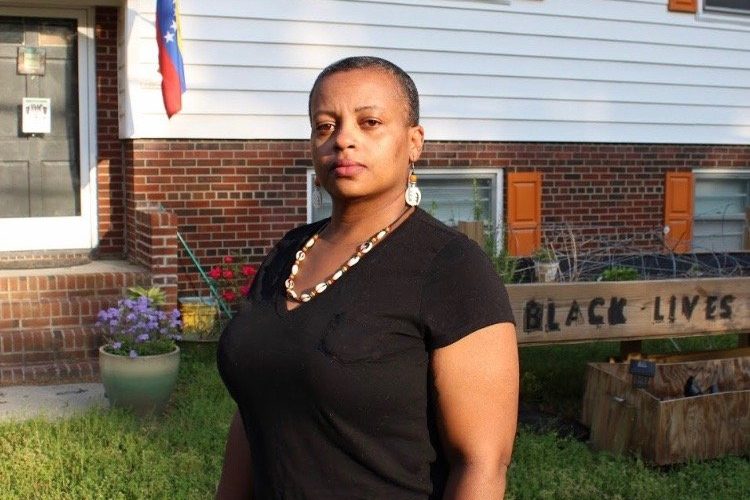 Cops in Garner, North Carolina, raided the home Mikisa Thompson after a white neighbor called the cops to complain of noise and she was ultimately charged with playing Malcolm X speeches too loud.

Thompson, who is Black, said that her neighbor Don Barnette, called the police for a non-emergency on April 22. He was upset that she was listening to speeches by civil rights icon Malcolm X. According to a search warrant issued by Garner Police Department, Barnette described it as “amplified speech being projected by some sound amplification device.”

Barnette has called the cops at least twice but the 65-year old insisted he is not a racist.

One of the 911 calls to complain about Muslim Preachings of Malcom X pic.twitter.com/VmqpV21L02

Last Thursday, about a dozen police officers showed up Thompson’s home in the middle of the night for a raid. She explained to Indy Week the terrifying experience which included officers demanding her family leave the home at 10 p.m. as sirens blared for allegedly violating that town’s noise ordinance. It is a misdemeanor that carries a maximum penalty of a $500 fine.

Thompson began to film the encounter which resulted in officers seizing a MacBook, an HP laptop, a computer monitor, computer speakers, seven iPhones, and an alarm clock. She was issued a summons to appear in court on June 24.

“My children were terrified,” Thompson said. “I was terrified that there was a whole bunch of men with guns in my house.”

Not too fond of Malcolm X? Watch as North Carolina cops issue a citation for the crime of playing his speeches on your own property. pic.twitter.com/gh4odIn3A2

Greg Doucette, Thompson’s attorney, said that the police had no legal right to conduct a raid. He added that amount of officers who showed up to execute it was excessive for a noise complaint.

“The raid was officially insane and based on an unconstitutional statute,” Doucette said. “Doing a midnight raid with nine officers—over a noise ordinance, of all things—is a disproportionate show of force that shows there’s something else at play. That’s the type of overkill that’s intentionally designed to terrorize and punish people, not to actually do what’s necessary for enforcing the case.”

When she played them again, 9+ cops did a midnight raid to take her family's phones and laptops https://t.co/W3CbzLrSb9

The ACLU of North Carolina would not decline on the specifics of this case. However, field manager Jessica Turner said Thompson’s incident followed “a disturbing pattern of people calling 911 on black and brown people for simply engaging in everyday life like gardening in their backyard. It’s quite literally life and death for people of color when the police are called on them.”

A press conference and march for listening to Malcolm X is scheduled for May 27.