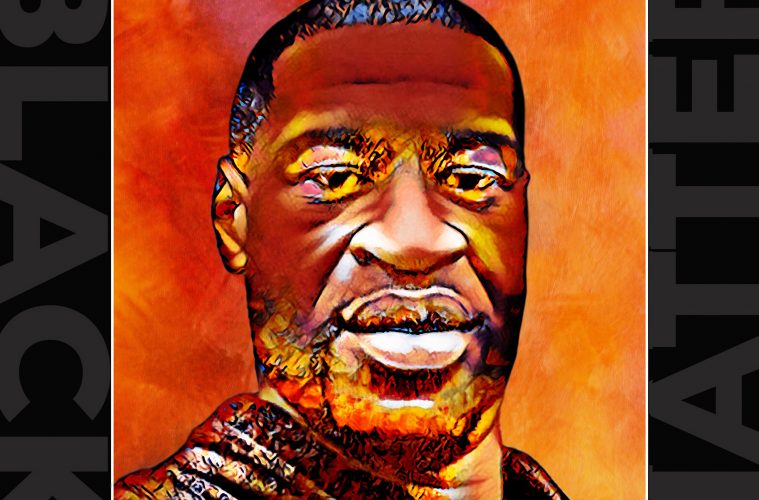 I Can’t Breathe: Can 8 minutes 46 seconds change the world?

I’m holding in my hands a remarkable book. It is beautiful, visually rich, poetic and timely. It is called ‘I Can’t Breathe – Can 8 minutes, 46 seconds change the world?’ It is an insightful reflection on the history that is the background to all our lives. It takes as its starting point, the murder of George Floyd and skillfully guides the reader on a journey of racism across the world. It is written by Mervyn Roye Weir, an arts practitioner who works across several creative disciplines including theatre, design, writing and film. The book was published before the verdict was reached in the Derek Chauvin case, so I asked him for his reflection on the result of the trial.

“My book asks the question, ‘Can 8 minutes, 46 seconds change the world?’ On 20 April 2021 we got an answer – yes it can! It was an answer the world had been waiting for. Almost a year before, Derek Chauvin, a Minneapolis police officer knelt on George Floyd’s neck until he uttered, ‘I can’t breathe’ one last time. Those ominous words have been taken up by ordinary people the world over and became a rallying cry for change. That dying declaration has united black and white, old and young, and people of diverse political opinions to march for justice and lobby for systemic change. Nonetheless when the jury retired to consider their verdict, many of us were still thinking – ‘don’t hold your breath.’

To the surprise of many the jury returned guilty on all three counts: second-degree murder, third-degree murder and second-degree manslaughter. We need to take a minute and appreciate how momentous this decision is. Derek Chauvin, a white policeman has been convicted in court of killing George Floyd, an unarmed Black man. We have to acknowledge that something extraordinary has happened in terms of racial justice. We hope it is a sign of things to come but we cannot be complacent. Even as this is penned, we have seen the killing of Daunte Wright, stopped for a traffic violation, and minutes before the Derek Chauvin verdicts were read, police shot and killed Ma’Khia Bryant, a young girl, just 15 years old.

Make no mistake, this remarkable result has been built on the extraordinary outpouring of anger against systemic racism in our society; by the consistent agitation of the Black Lives Matter movement and by the strengthening of alliances between black and white people.  As momentous as this landmark court decision is, we must remember that it is the struggles of ordinary people who stand up for racial justice, and the daily acts of humanity that you and I practice in our communities that will create the better world that we are striving for.”

After witnessing the horrific annihilation of Floyd and fuelled with rage, Weir disclosed that ‘’the only thing I could do to process the horror I had witnessed was to write. The writing was cathartic.” Not intending to share his writing, Weir came to the realisation that what he had witnessed was not a unique occurrence, it’s just that on this occasion, the horror was filmed.

After reading his writing to several friends, Weir was enthusiastically encouraged to share his material. This soon morphed into what would become an award-winning film, voiced by an intergenerational cast from across the African diaspora. As it was filmed during the lockdown, each segment was recorded on cell phones and sent in for editing. Weir says,“That was just a means of getting the message out immediately while I thought about the challenges of publishing the work.”

Using the skills from his design background, Weir decided that this should be a fully illustrated book, especially because he wanted to make it accessible to young people and to schools. I asked him if he thought George Floyd was a hero?

“George Floyd was in the wrong place at the wrong time and caught up in a drama not of his making. There have been many ‘George Floyds’ before and unfortunately there are more to come. The significance of Floyd is that his death, in broad daylight in front of many witnesses was caught on camera. Every painful second recorded and replayed around the world until it became impossible to deny that systemic racism is a fact of modern life. Floyd’s death has become symbolic of a renewed civil rights campaign and a global movement for change. But though his brutal and unjust murder is the starting point for the writing, my book isn’t about him. It is about a much wider, historical narrative of the colonial project. Not just the British Empire, but also western and white attitudes towards Black and Brown people including Native Americans and Aboriginal peoples. There is a distinct pattern of behaviour that you can see in the colonial enterprise regardless of where it has gone in the world. This book paints a wide, historical picture that connects the dots so everyone can see.”

The book ‘I Can’t Breathe’ offers poetic insights around the interface of white supremist thinking with the rest of the world, such as the territorial invasions that ultimately sanctioned the carve-up of Africa via the Berlin Conference of 1884–1885; Australian nativism and the pirates of the Caribbean; the UK’s government betrayal of the Windrush generation and the hostile environment which was intensified with messages printed on the sides of vans telling ‘foreigners’ to go back home’1, as well as crimes against humanity in the form of the African holocaust. The book also covers contemporary themes such as, brand exploitation mediated through food brands such as Uncle Bens and Aunt Jemima, and the disturbing reality of the U.S. prison industrial complex, where 40% of the inmates are Black males.

As a result of this comprehensive historical coverage and the ongoing cry to ‘decolonise the curriculum’, Weir says that,

“a group of teachers are currently working on creating learning resources aligned with the national curriculum so that the book can be used in schools. We need to reappraise what we mean by Black history. The Black soldiers who fought for Britain in both world wars, is that Black history or British history? The impact of the Windrush generation on the life and culture of Britain, that isn’t Black history, that is British history, and everyone needs to know it,’’

remarks Weir whose own parents were part of the Windrush generation.

With current events unfolding as they are, this is a timely and poignant reflection on our times and how we got here. It is also a heartfelt plea for change. It’s a book you will want to keep but because of the stunning images and high production values, it is also a book you will want to give as a gift. Certainly, the academic and cultural heavyweights who have endorsed the book such as Robin Walker, Benjamin Zephaniah, Professor Robert Beckford, Dr. William Ackah, Professor Anthony G. Reddie, Dr Val Bernard Allan and Arike Oke, think so.

Here are some of their reflections: This original, creative testament will make sure that we never forget those 8 minutes, 46 seconds. This is a book of our struggle, but it is also a book for our liberation. This is an eloquent, piercing masterpiece that should be read by all! Brilliant and Dazzling Words of Fire. Mervyn Weir has expressed our anger, renewed our passion and streamed into our hearts the call – Death to White Supremacy.

All hail to Black Life and Black Liberation. Like all prophetic speech, the writer seeks to envision a new world order. The work is a matter of great empathy, gentleness and rage all together. It shows us we can speak with one voice, and we can seek and find justice.