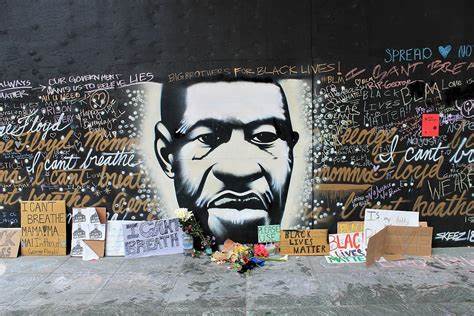 The United Nations High Commissioner for Human Rights; Michelle Bachelet’s landmark report comes in the wake of the heinous murder of George Floyd in broad daylight by a white police officer; and the so-called ‘reckoning’ on race that followed. The report calls for nation-states to tackle ‘systemic racism’ against people of African descent, urging an end to the denial of systemic racism.

“The status quo is untenable – systemic racism needs a systemic response; we need a transformative approach that tackles the interconnected areas that drive racism and lead to repeated wholly avoidable tragedies like the death of George Floyd. I’m calling on all states to stop denying and start dismantling racism; to end impunity and build trust, to listen to the voices of African descent and to confront past legacies and deliver redress.”

The global beneficiaries of the enslavement and subjugation of people of African descent are busy focusing attention and rage not on the cruelty inflicted on Black people by systemic racism but against any efforts at eradicating inequality. The report challenges nation-states to change; experience tells us that the only thing that will be transformative is white rage and the backlash against change.

Is it time for the United Nations to consider sanctioning American and European nations who continue to benefit from antiblackness and systemic racism?