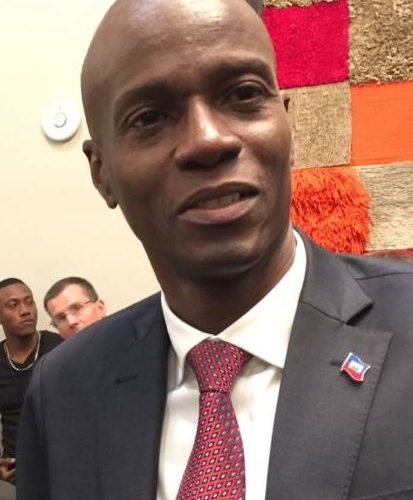 The assassination of President Jouvenel Moise of Haiti on Wednesday at his private residence on the outskirts of the capital, Port-au-Prince, is still reverberating around the world. The storming of President Jouvenal Moise residence by highly trained armed men show a highly planned operation. The question many are asking is how were they able to execute the plan with so little opposition. The video footage shows armed troops entering the president’s premises; shortly after entering, the assailants assassinated him and critically injured his wife.

Acting Haitian Prime Minister Claude Joseph declared a state of siege in the hope of preventing a descent into violence and anarchy whilst simultaneously calling for national unity.

“We need every single one to move the country forward,” Mr Joseph called the assassination a “heinous, inhuman, abhorrent and barbaric act” he promised that the Haitian authorities would apprehend and arrest the assailants.

President Jouvenal Moise elected in 2017; his term in office was tumultuous with rising levels of gang violence, increased poverty and a global pandemic. According to the opposition, Mr Moise term in office should have ended in February. President Moise argued that he had a few more months due to a delay in taking up the office of the presidency. There were widespread protests in Haiti demanded Moise’s resignation and the reinstatement of the different branches of government.

World leaders offered their condolences, including CARICOM member states, who will fly their national flags at half-mast for three days.

As a mark of respect, all Member States of CARICOM and the CARICOM Secretariat will fly their national flags and the CARICOM Standard at half-mast for three days, as well as, on the day of the funeral of Haitian President H.E Jovenel Moïse.#Haiti #Caricom #TrinidadandTobago pic.twitter.com/y93EsMc9Sf

What this murder means for the proud nation of Haiti and its ability not just to survive but flourish will depend mainly on the behaviour of the current crop of Haitian politicians and their commitment to tackling the crippling poverty faced by Haitians. The Prime minister must answer the question – who killed President Moise but more importantly he must hold  fair elections free of interventions from abroad and focus on building the immense talent of  the Haitian people.