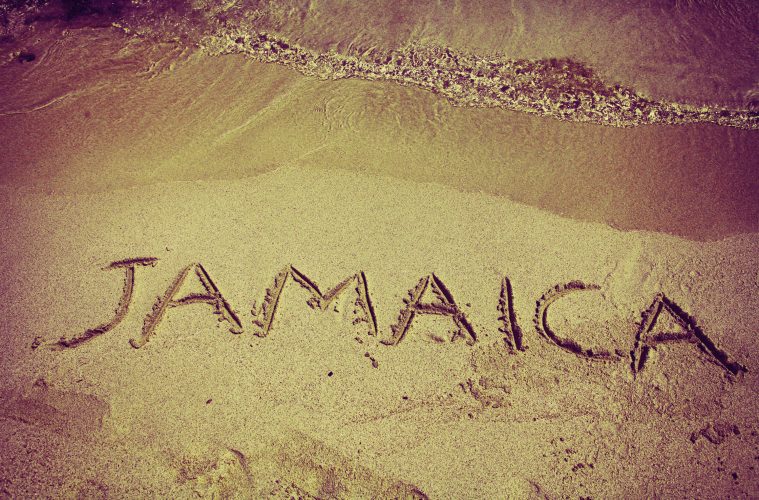 The Caribbean Enigma: Jamaican Identity and the Haitian Revolution Part 1.

From a geographic standpoint the Caribbean is comprised of 34 Countries that is 7000 islands with a population of over 43 million people. While there is obvious diversity within those 34 Countries for the most part people of African descent represent the overwhelming majority of the population. Interestingly it is one of the conundrums and crimes of history that many of those descendants of Africa are still confused about their real heritage? However, the above is unsurprising as much of the history of the Caribbean has been written by Europeans which rightly raises questions regarding the authenticity of their accounts due to many Western scholar’s, inability to transcend the racial and political bias that resides in both their consciousness and their scholarship.   Irrespective of the above it has been said that Jamaica has been accorded a special and revered place within the historical and cultural narrative of Caribbean history. This is significant because in terms of physical size both Cuba and Hispaniola are larger than Jamaica. This begs the question regarding why Jamaica has assumed such a significant presence within the Caribbean context.  Note, I have personally experienced the Jamaican centered positioning of Caribbean history and culture during social and cultural interactions in London, New York, Gambia and Ghana.

Even as a teenager basking in the excitement of clubs, and dimly lit blues parties, (thick with the scent of Marijuana) and numerous raves in London the habitual call out to the Jamaican massive’s was both customary and a source of irritation for those whose family was not from Jamaica. It has been intimated that many Jamaicans possess an engrained sense of cultural superiority or project themselves as being the gravitational center of Caribbean culture. On reflection as a teenager our Jamaican heritage was worn as a bold badge of honor by me and my bredrin’s whose identity was simultaneously marked by a deliberately cultivated sense of danger and rebellion. From, our walk, to our hybrid cockney intonations laced with patois the British version of bad boy culture was a conspicuous part of our blackness.   Also, during my numerous encounters with other Caribbean or African people the question regarding my heritage or my parents place of birth? Was often accompanied by I thought so! Once I had affirmed my Jamaican heritage!  In short being seen and consuming other people’s mental space was both desirable and a must. Needless to say, the implications of said statements regarding the subtleties of our teenage persona’s do not require any further scrutiny. It is also true that for all of the kudos that Jamaican’s allegedly grant themselves pertaining to their proud history and cultural heritage that is only one of the narratives that accompany said discussions. Indeed, in certain respects Jamaicans like Nigerians are often celebrated, feared, despised and or seemly envied.

The point is there are many negative characterizations associated with Jamaicans that are held by their fellow diasporians in addition to the broader cultural and international context. Not least amongst the Jamaican stereotypes is the Jamaican propensity for violence as the island is often identified with historical and current notions of a warrior or bellicose culture. Again, controversial or not contemporary Jamaica is often depicted as an Island steeped in violent criminality! Indeed, many horror stories abound regarding returnee Jamaicans experiencing a Jamaica diametrically opposed to their childhood memories.  However, for my current purposes lets delve into the iconic idea of the Jamaican warrior culture.

Years ago, an interesting discussion was caught on film. A Ghanaian tour guide at either Cape Coast or Elmina castle (Dungeons) mentioned to a group of diasporian African’s that the most rebellious and warlike Africans were deliberately shipped to Jamaica. This idea was met with an immediate celebration and a visceral response by the Jamaican man that the story was relayed too. As it affirmed his sense of pride and importance. Simply put the folklore of the Warlike and dangerous Jamaican is well known historically and currently in the form of the indomitable Jamaican badman, Don Gorgon or volatile social rebel. For example, I can still remember listening to my parents record collection which included the Slickers Johnny You’re Too Bad which said, ‘walking down the road with a ratchet in your waist Johnny your too bad’; which continued with ‘one of these days when you hear a voice say come where you gonna run too’. Given the current levels of intercultural violence between Black people one wonders if previous generations realized that the social portrayals of the bad man equipped with rachet’s, flick knives and machetes would morph into zombie knives! And have such a devastating impact on the cultural architecture of future generations and black life in the diaspora. While knife culture is not a new phenomenon among black youth in the UK the reason why knives were initially carried and considered as a requirement has more than likely changed.

Would it be too extreme to say that the social outlaw or badman of yesteryear has now become a much more acceptable and frequent feature within the modern black community? One wonders then if a larger portion of the black community have been seduced by various forms of media and projected and actual lifestyle’s into adopting a suicidal and non-conformist culture of toxic behaviors that is retarding the global African community in the Caribbean, South and North America and even Africa. Here the work of Dr Joy Leary regarding post Traumatic Slave trauma provides an accurate portrayal of what is afflicting the African world. Whether we like it or not the tendency to violently assault one another is not limited to the diaspora rather it speaks to Prof. Amos Wilson’s thesis on Black-on-Black Violence, and I would add the colonial induction of Self-hatred.  Listening to Jimmy Cliff’s classic Many Rivers to Cross; one can dimly hear our late and recent ancestors asking where did we go wrong? And why have our people descended into the chaos of broken families, inter-ethnic and territorial forms of violence fueled by copious amounts of high proof alcohol and so-called synthetic drugs that have little resemblance to the Ital weed and gold seal black that was consumed by previous generations. Indeed, regardless of your stance on the use of drugs and knife culture the young people of today inherited a lifestyle that was adopted and portrayed by their current elders. Hence as a community we bare a part of the responsibility for the current status quo! That is not to say that everyone in our community adopted that specific lifestyle but enough of us did to help paint a disappointing picture.

To summarize whether one identifies with Nanny, Cudjoe the Maroon tradition or the Jamaican badman the notion that Jamaican’s have a predisposition towards rebellion has been invested with serious cultural capital. However, the objective here is not to explore the rights and wrongs of the alleged stereotypes. Rather this article is interested in determining why Jamaica has assumed such a prominent position within the Caribbean context in comparison to other islands and in specific Haiti. Having experienced the unfortunate adaptations of so-called Jamaican culture in London, Birmingham, Manchester, New York, Gambia and Ghana it would appear to me that Jamaica is often misrepresented. In reality the full spectrum of Caribbean and Jamaican cultural values seemed to have died an ignoble death and some of our Young and not so young people seem to be living out a horrific fantasy that some say has been enhanced and subtlety encouraged to fragment and destabilize the black community. That is perhaps the more destructive elements of Caribbean culture have been fedback to us in a calculated way. Note that British black culture portrayed on Netflix and other platforms are more likely to feed us with stories of criminality and violence directed at each other. Consider when the last time is that you watched a historic depiction of a successful revolutionary struggle against enslavement. Or an accurate depiction of African Kingdoms such as Ghana, Mali, Aksum or ancient Khamit rather our children’s visions of blackness takes place on crime ridden estates where we are depicted as hacking each other to death in accordance with the keep it real lifestyle.

Indeed, much like the racial stereotypes that surround African people generally Jamaican culture is often reduced to the most sensationalist, raw and disturbing portrayals that are enough to make some of us shudder in disbelief.