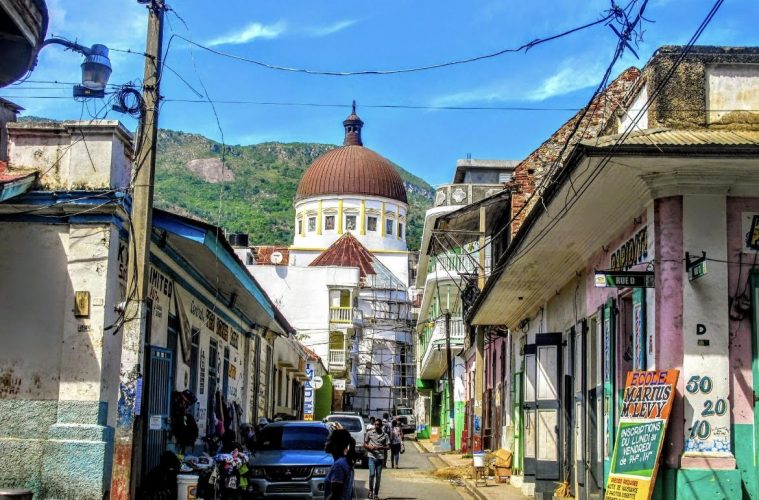 Haiti, Revolutionary Warfare, and the Curse of  Voodoo

Part one of this article questioned why Jamaica has such a prominent status within the Caribbean especially in relation to the island of Hispaniola I.E. Haiti. I first  heard about Haiti and Haitians listening to the negative conversations about them whilst visiting New York as a youngster. The Negro-phobia directed at Haitians during the 1990’s and today is particularly problematic given Haiti’s regional and global role in dismantling the system of enslavement. Indeed, a proper understanding of Haitian history reveals Haiti’s role in forcing Europeans and European Americans to question the wisdom of maintaining the global system of enslavement.

Indeed, the Haitian revolution of 1804 played a pivotal role in halting the powerful French military. As during the Haitian revolution, the Africans decimated France’s elite troops on battlefields where men, women, children and soldiers fought to secure their freedom. The fact that it is reported that “over 100,000 whites compared to 60,000 blacks lost their lives during the thirteen-years of warfare (Horne, 2015, 15) is both surprising and astonishing. Research reveals that the Haitian Revolution which commenced in August 1791 helped halt France’s quest for global dominance. Similarly, the Haitian revolution forced Britain to rethink its support for slavery due to the military losses sustained from trying to contain the revolutionary zeal of Africans in the Caribbean.  Ultimately British withdrawal from slavery was hastened by British imperialists desire to conquer India the problem being that the British, military could not simultaneously launch major military campaigns in the Caribbean and India. In addition, the fervor of African revolutionaries served as a deterrent.

Imagine then the shock, awe, and horror when African’s managed to pry the cudgel and whip from the hands of their white slave masters via the employment of tactical and military brilliance, which facilitated the defeat of the vastly superior European Nations. Note the loss of Haiti to Toussaint, Dessalines, Christophe, and the Haitian military forced Napoleon to broker the Louisiana purchase where he gave up French control of 828,000 square miles of territory to the United States, for the colossal sum of 11 million dollars. Unfortunately, the African warriors who systematically outmaneuvered and defeated French, British and Spanish imperial forces have been erased from our historical memory. The Haitian revolution provides insight into why African people have failed to liberate ourselves from the shadow of oppression. Our lack of historical and cultural awareness has deprived us of the energetic and spiritual power required to lift our spiritual carcass from the mud of civilization. We have forgotten but in reality, never really understood or appreciated the audacity and power of our ancestors.

Interestingly, although my words are unlikely to reach a large audience most blacks learned and unlearned still accept the dominant narrative that credits the likes of William Wilberforce or the American William Lloyd Garrison as being the main impetus regarding the abolition of slavery. This is because we lack the knowledge of Self and the understanding to see that the spark that lit the flame of abolition came from the steel and fire generated by the revolutionary actions of Africans both at home and abroad. Africans burnt down plantations wielding the sword and fire of justice so that you and I could be free!  Ironically Blacks, who continually blame white people for hiding or erasing their history are at best reluctant or infrequent readers. Whose constant diet of TV and movies celebrating black dysfunction, is like the visual crack that feeds the negative appetites implanted in our children which is then demonstrated in urban Schools and City corners.

At this point I would like to focus our attention on three core factors that highlight our failure to fully comprehend the importance of Haiti within the historical and global context. Those factors are history, revolutionary warfare, and religion.

The first factor relates to the unfolding of international relations and history. Sadly, our understanding of black history is often based on minor narratives that place undue stress on acknowledging black firsts in the Western hemisphere! This type of history is like an ant mistaking a muddy puddle of water for the Atlantic Ocean. These black history month specials represent the acceptable face of Black history in the UK.

Meanwhile, in the Caribbean our grasp of history has been dictated by colonial objectives that limit our ability to break our mental shackles. This is exemplified by the name the University of the West Indies a title stepped in historical and geographic ignorance.  Ultimately this suggests that Haiti like the rest of the black world is incapable of forging a pathway to power and true independence.   So, whether it is the assassination of the Haitian president or natural disasters, Haiti seems to be perpetually mired in failure and misfortune. But lest we forget since the end of the revolution until this very day Europeans and America have sabotaged  Haiti’s ability to become a beacon of black power for African people.

One is not suggesting that Haitians have not played a role in their current misfortunes, but like Jamaica Haiti has been subjected to a destructive cultural narrative which negates its Revolutionary history.

The second factor relates to the revolutionary war that occurred in Haiti. While the standard slave narrative focuses on our status as victims of rape, violence, and the destruction of African societies. The Haitian revolution among other military victories challenges the dominant narrative! This is important as the constant images of defeated African populations has deeply ingrained the trauma of oppression into the African psyche which impedes our ability to heal. These traumas are like untreated wounds that have affected and infected the African psyche across the globe.  But in the case of Haiti and other untold Caribbean wars of liberation, death was not only reserved for the African’s and it is this spirit of resistance that has condemned Caribbean and Haitian history to the sidelines of world history. While the war was important, the cultural and spiritual dimension of African resistance is ultimately more significant. Can you grasp the fact that the legendary prayer and oath of Boukman Dutty to wipe out slavery came from the deep well of African spirituality? It was the oath to Ogun and the warrior principal that compelled our ancestors to drive their enemies into the sea and free their people. Suffice to say the taboo surrounding Haiti corresponds to our ancestor’s ability to use their culture to win their freedom.

The third factor is related to the role of African religion in the fight for liberation.  Why, because it was the fragments of numerous African cultures that generated the irritated Genii that empowered the Haitian warriors to strike a blow for African liberation. This is why the destruction of African languages, naming traditions and the African family were essential to deliver the enduring blows to weaken our resistance. And why, enslavement and colonial domination rested on the demonization of African identity, which was portrayed as backward, pagan, and inherently evil.

Although I will not address it in this essay, we must ponder whether the Haitian revolution was completely successful? Was it a war to end enslavement or to maintain our African identity? Why haven’t Africans in Haiti and throughout the globe really fought to reconstruct our cultural identity. The truth is even today within the global context African identity whether in the diaspora or on the continent is generally rejected, tolerated, or ignored by Africans at home and abroad. It’s hard to deny that we as African’s suffer from varying degrees of Afro-phobia. For example, there is probably no term concept or idea that triggers both the fear and disdain of African’s more than the word Voodoo. Since many of us were brought up as Christian’s terms like Obeah, Santeria and Voodoo are probably more frightening to most African’s than they are to Caucasians. The truth is that whether in Africa or in the diaspora there are very few places where African traditional religions are wholly understood or practiced openly. Indeed, even in places like Brazil or other countries in mainland South America the retention of African traditional culture has been watered down and filtered through a Western or European worldview.

Indeed, in Africa today is there one traditional African religion that is overtly celebrated and or promoted within the context of any African society? Truthfully African religions have been demoted to a secondary status that is often used covertly as an addendum to the acceptable religious practices derived from Christianity, Islam, or Judaism. As for Voodoo it has often been defined as a frightening bloodcurdling form of black or dark magic. In the case of Haiti Voodoo represents the dark underbelly of the revolution that many believe has damaged Haitian society. Maybe then Haiti’s association with Voodoo has generated a sense of fear that discourages our exploration of Haitian history. While I am not telling you to study Voodoo which is properly called Vodun! I am asking you to question our collective dismissal of our cultural identity. Yes, you may have Africanized your current religious practices, but they are still not African. So, what do you say but then? weren’t the greatest African civilizations and high cultures created before we had Judaism, Christianity, and Islam? The marginality of Haiti in Caribbean history is, I contend related to Euro-centric definitions of who we are. And the fear associated with our revolutionary past that includes the fragmented and misunderstood retentions of Obeah, Santeria or Voodoo. Are we afraid to explore a past that represents the jagged remnants of the African religions that were condemned, outlawed and systematically exorcised from our ancestral consciousness by our slave masters? If African culture was so backward then why did Europeans work tirelessly to systematically destroy our culture?