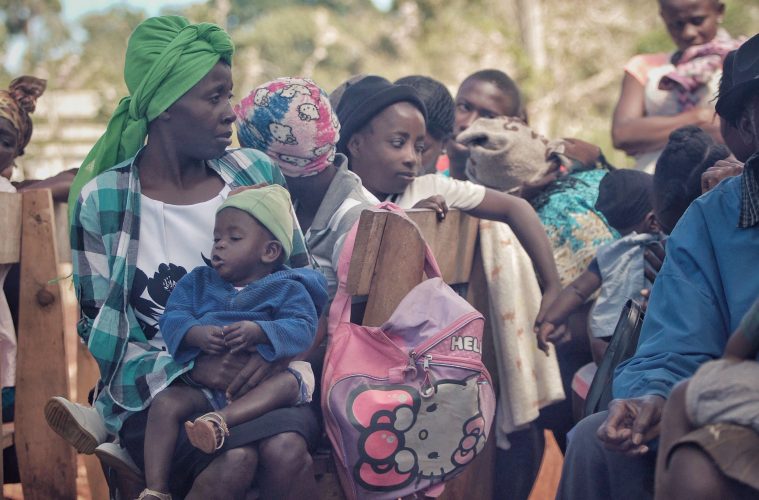 How to Help Haiti Survive the Aftermath of Devastating Earthquake

On Saturday August 14, 2021, an earthquake of 7.2 magnitude struck Haiti—an island that has incessantly been hit by natural disasters. The epicenter of the catastrophic quake was Petit-Trou-de-Nippes, a small town in the western part of the country. The earthquake, as well as the small aftershocks that followed, was felt throughout the country, and in nearby islands including Cuba and Jamaica. Since Saturday, the death toll in Haiti has grown from 300 to 1,941, as of August 17, with over 9,900 people injured and more than 80,000 buildings destroyed.

Many of the country’s inhabitants were still recovering from the 7.0 magnitude earthquake that took place in January 2010 and killed over 200,000 people.

Haiti has long been plagued with extreme poverty, famine, political corruption and lack of access to healthcare. These factors, along with the coronavirus pandemic, the rise in gang violence and the recent assassination of President Jovenel Moïse, have all amplified the devastating impact the earthquake has had on families that were already struggling to survive.

Survivors of the quake have been sleeping on the streets, in fear of their homes collapsing. On Monday night, just two days after the earthquake, they were struck by yet another natural disaster. Tropical Storm Grace brought 35-mile-an-hour winds and heavy rain to the island, flooding homes and destroying the makeshift tents that were set up outside.

Now, more than ever, Haiti is in dire need of help from the rest of the world, especially First World countries with access to food, medical supplies and shelter.

Carl-Henry Petit-Frère, Field Manager of Save The Children—a nonprofit organization that provides children with healthcare, education, emergency aid and disaster relief—made a statement detailing the critical circumstances of families in Haiti.

“I see children crying on the street, people asking us for food, but we are low on food ourselves as well. The organizations that are here are doing what they can, but we need more supplies. Food, clean water and shelter are needed most, and we need them fast.”

Experts have noted that donating to local Haitian organizations doing on-the-ground work, rather than major non-profits, is much more effective in reaching those in need of immediate assistance. Help the people of Haiti today by donating to the following organizations:

Ayiti Community Trust has launched an Earthquake Relief Fund, and is currently partnering with Miami-Dade County and local organizations to contribute to relief efforts. ATC was founded to provide grants to Haitian-led organizations and programs that focus on environmentalism, civic education and entrepreneurship.

Hope for Haiti is currently using contributions made to the Earthquake Relief to distribute medical equipment and first aid supplies. The Florida-based organization has been working on the ground in Haiti over 30 years to improve the quality of life of Haitian communities.

Fonkoze is Haiti’s largest provider of microfinance services for low-income individuals. The grassroots organization was founded in 1994 to reach the poorest areas in the country, where people have no access to banks or financial services. They are committed to permanently breaking the cycle of poverty in Haiti.

Zanmi La Sante is Haiti’s largest healthcare provider, and is currently giving immediate medical treatment to those affected or injured by the earthquake. Over the last few years, their staff has been treating and preventing the spread of diseases, including tuberculosis, cholera and HIV, and viruses, such as COVID19.

Ayiti Air Anbilansis the only helicopter ambulance in the country providing emergency aid services to Haitian people by transporting doctors, nurses and medical supplies, and rescuing the ill and injured from disaster areas.

Following the 2010 earthquake, several fake domains claimed to be donation pages contributing to relief efforts in Haiti. To avoid scams and ensure that contributions are reaching the country, research can be done through Charity Navigator to determine if organizations are legitimate and/or reputable.