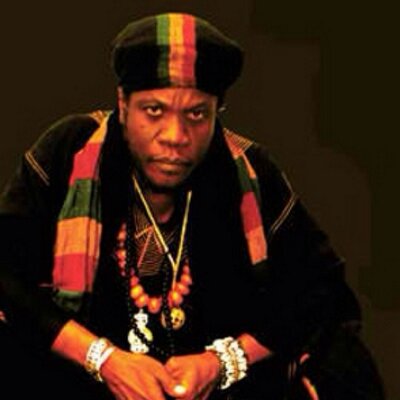 Mutabaruka is a world-renowned Jamaican Rastafari dub poet, musician, actor, educator, and talk-show host, who developed two of Jamaica’s most popular radio programmes, The Cutting Edge and Steppin’ Razor. His name comes from the Rwandan language and translates as “one who is always victorious.” Nex Generation interviewed Mutabaruka about the junk food crisis sweeping across the Caribbean.

Your poem entitled, “Junk Food”, what was the inspiration behind that poem?

Well as a Rasta long before anyone was talking about vegetarian food, natural living and environment, Rasta was always saying these things. I also have been a vegetarian most of my life. I have been Rasta since the early seventies, and because I was in that minder, it gave me the inspiration to write the poem. Junk food is what I call food, which is not natural or as close to the earth as possible. I had foreseen where; eventually, the American junk food culture was seeping into the Jamaican food culture and even though at that time there were not many fast-food restaurants, we had seen eventually, where the fast-food companies would operate franchises in Jamaica, which they did. Based off the precedent which was set in America with the rise in obesity, diabetes, and so on, there was no reason to say that it would not happen here in Jamaica because it was the same American culture taking over Jamaica.

What changes have you noticed in Jamaica today regarding the junk food culture?

I have seen two things happening. One thing is more junk food available and two people are getting more conscious with their eating and healthy lifestyle as they call it. The Americanisation of our food habits has increased, but on the other hand, the Rastafari ital food, and natural food has grown. There are more healthy food stores in Jamaica now than before. We have to wait and see what will be the outcome. A study was done in England among school children, which showed that a lot of sweets causes hypertension and also caused a lot of aggressive behaviour. If you pass many of our schools today at any time of the day, you will find a lot of people selling mainly sweets, soda and other snacks to our children, which are not representative of good food. We are actually seeing now in Jamaica where obesity and diabetes are a serious problem, and this is primarily caused by junk food.

Behind the junk food or snack food industry are big corporations who target their products at young people. How can the Caribbean counter this?

We have to get healthy living into the pop culture The pop culture is where the young people move towards. If you don’ have it in the pop culture, you are going to lose. You have to be hearing the message, not just from paid advertisements, but also where the artists are into healthy eating and living, they have to write about it, and deejay about it. When I was a youth, no one wanted to farm, because we saw the farmer with his dirty shoes, dirty khaki, and his donkey. Now we have to have a different mindset and outlook towards farming.

What young people want to see when they hear “farmer” is not a dirty man who walks with a donkey. They want to see a farmer look like a Beenie Man or a Bounty Killa. This will form part of the propaganda machine for healthy living. So I am seeing that we have to find a way to get into the popular culture, where young people are hearing consistently. People need to understand where their food comes from and the importance of farming. Young people need to get involved in this process, and then they will have a better understanding of why it is important to eat healthily.

There is an urgent need to be less dependent on the importation of foreign processed foods while growing the economy by boosting the agricultural sector. What are your thoughts?

What they really need to do is increase the food production for the people and what is left can be exported. But , they have it back ways. They produce to export. You can’t have the masses hungry, unhealthy, and producing food for export. This is where the problem is you tell the farmers to plant a particular food, but when they plant it they can’t sell it because the same foods are imported and sold at a cheaper price. So, you can’t tell a man who is suffering and doesn’t have much money, “Look here, you see the foreign onions, foreign red peas, or the foreign corn don’t buy it, because it’s genetically modified, better you buy thee local ones”.  It’s the price that decides for him. It’s not the health of the food; it’s what him can afford! Unfortunately, there is no wider education about the dangers of genetically modified food in Jamaica. So we really need to steer the people into eating what them grow naturally and understanding the benefits of doing so.

What are your thoughts about the future of food in the Caribbean region?

I think Jamaica and the Caribbean should emphasize farming. Farming should be more of a national priority. People don’t realize that everything you eat is what somebody plants. The minute somebody stop plant, you hungry. So there’s a need for people to understand the whole importance of farming, in relation to the whole continuity of the food chain. You also have to tie the health food thing into global warming and show the people how livestock farming., contributes to ozone depletion. It takes a good amount of land to keep a couple of cows. You see three cows on the land and you think that the same amount of land can grow peas, beans, and a whole heap of different vegetables, which can feed and nourish thousands of people! What kind of madness that? Food security is very, very important. We need to also look at the way that we consume food. Get to know the foods you should eat to maintain your body’s health, not just eating for eating take. If your food too white, it not good for you!. White rice, white flour, white sugar, means that the food has been processed to the point there are fewer nutrients in the food. If someone plant carrots and they go to the market and sell the carrots and buy tin carrot juice, it defeats the whole purpose of planting carrots. So, education must start at school and in the homes.