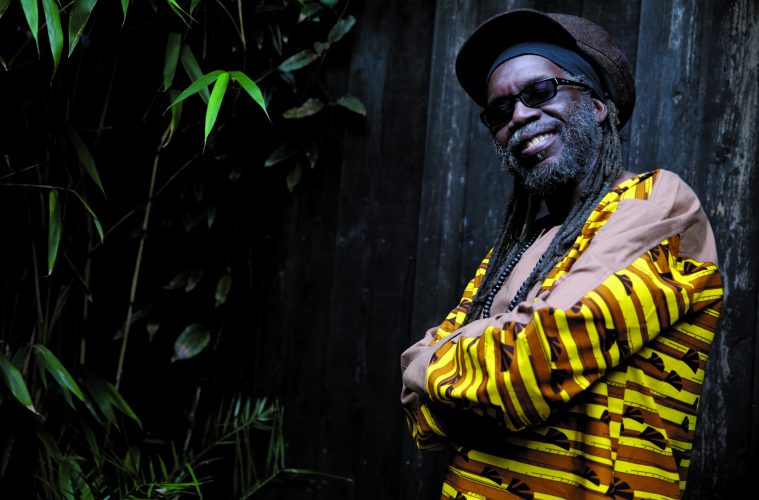 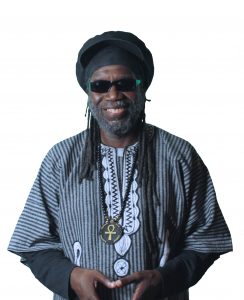 Describing himself as an ‘’African Jamaican born in the UK’’, Macka B hails from Wolverhampton in the West Midlands. With a music career that transcends 40 years, he is considered one of the UK’s most influential Reggae artists. Though he has not received the commercial acclaim that he truly deserves, Macka B is highly respected across different age groups and demographics internationally.

In 2017 his popularity continued to expand when he started recording YouTube videos about health. He began to deejay about one vegetable or fruit which were all conducted in a minute. The educational videos detailed the various nutrients and benefits of including foods such as limes, blueberries, and scallions in one’s diet.  Similarly, another series of YouTube videos was ‘Wha Me Eat Wednesdays’ which was inspired by a song that Macka B released in 2008 where Macka B challenged myths about vegans and brilliantly demonstrated the myriad of foods that are available to non-meat eaters, whilst simultaneously debunked fallacies that a vegan diet is unable to adequately supply the body with the vital vitamins and minerals it requires.

Known for his witty, sharp, and humorous lyrics, there is not a topic that Macka B is afraid of tackling. From tracks that advise about sensible drinking such as ‘Don’t Drink Too Much’ to songs that expose hypocrisy such as ‘Who are the Terrorist?’ or ‘Big Thief’ to songs about deaths in police custody such as ‘We Have Had Enough’, Macka B is one of the most versatile artists in this current era of music.  It is no wonder so many find it hard to categorise his music. ‘’Some say I am a Deejay; some say I am a poet but it is just Macka B style, you know’’.

Don't forget to try and eat healthy. Give your body the help it needs Cucumba To Di World Single OUT NOW #healthyeating

Though it is uncommon for Reggae music to be insular when it comes to topics; Macka B’s impressive ability to record various topics on wax also stems from his extensive knowledge of genres such as soul music. Curtis Mayfield and Stevie Wonder are cited during our interview. Coming from a Jamaican family and growing up on a street that had many Jamaicans, it was Reggae that had the biggest influence on Macka. Notable Reggae artists that greatly influenced Macka include U Roy, Big Youth, Bob Marley, Peter Tosh, and Burning Spear. ‘’I Roy, was much ahead of his time. He was a great lyricist. I used to love his style.’’ ‘’I get inspiration from many places, but predominantly Reggae.’’

‘’Because of certain issues, racial issues, black people couldn’t really go to certain clubs, so we used to have dances inna houses.’’

Macka B recalls, immersed in reggae culture, at aged 5 his best friend’s father who lived on the same street had a sound system called Lord Barley. Reminiscing Macka B declares ‘’Every Saturday there used to be blues dances, so I could hear the blues and the music where I was. You know, so the bass-line shake up four houses away. It was exciting and sometimes I used to stay with my friend. We used to say to each other that when we get older, we would have a sound system.’’   Macka B’s friend’s father handed the torch of Lord Barley sound system to both aspiring Deejays. Later, the two accompanied by other friends would establish their own sound system called ‘Exodus Sound.’

As illustrated in songs such as ‘Lingua’ and ‘Power of the Mind’, Macka is a very well-travelled person.  A song called ‘Sweet Sweet Jamaica’ declares his favourite place in the world is Jamaica. When provoked to give his second favourite location to travel to, Macka without hesitation says ‘’Africa still. The first time I went there, it was like an eye-opener. I had been singing about it and talking about it, but to actually be there and see the land was a great vibe.’’ Macka is not prepared to name a country in Africa as his second favourite place to visit. Instead, the artist states ‘’In general, I find the vibes nice. I have been to quite a few (countries in Africa). You know, Gambia, Senegal, Sierra Leone, South Africa, Botswana. I find good vibes in all of them. They respect Rasta a lot. They respect the message that we bring.’’ Japan and Mexico were also highly spoken of during the conversation.

#throwbackthursday to 2018 when Macka B came to nice up the Nottingham Carnival. Although we can’t celebrate in person this year, we’re still bringing the carnival vibes: not on de road… but online: 23rd August, 12-8pm. #reggae #roots #MackaB #carnival #Nottingham pic.twitter.com/uHD5lL6VPA

Rasta culture and Reggae music have been very outspoken about healthy eating and holistic well-being. Macka is no exception. Growing up in a household eating meat, he officially became a vegan at 16. ‘’That is when I started to find Rastafari and started to find out about the Ital livity. I was eating meat and I didn’t feel comfortable with it anymore. I was realising that this was a living, breathing animal with a life force and I wasn’t supposed to be eating it. I didn’t feel right’’ admits Macka. ‘’Rastafari have promoted it (Ital/vegan) from long-time, but not every Ras is Ital. A lot of Ras eat fish and some eat chicken and ting.’’

When inspecting Macka’s music it becomes clear that his music has prophesised many things. Key songs are ‘Invasion’, ‘Don’t Won’t No Big Mac’, and ‘Rasta Did Warn Them’. ‘’Many things that Rastafari has been promoting. 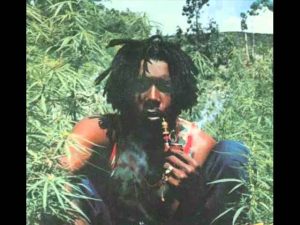 It is just nowadays peoples are realising. At first, Rasta was scorned and humiliated with certain things, but these things have now turned to be the in tings. Even with the ganja (marijuana) and those tings. Look how popular this has become now. I would say Rastafari is wise mind, knowledge and overstanding.’’

Despite some of the slackness in the music, Macka is optimistic about the contemporary Reggae scene and cites Chronnix, Kabaka Pyramid, Protoje, Lila Iké, Naomi Cowan, and Royal Sounds from London as good ambassadors of new Reggae music.

The video for ‘Cucumber To The World’ can be viewed here:

Macka B’s new song ‘Cucumber to the World‘ is available now for download on all platforms.  Readers will also be pleased that a new EP entitled ‘Gentrification’ is expected to be released later this year.