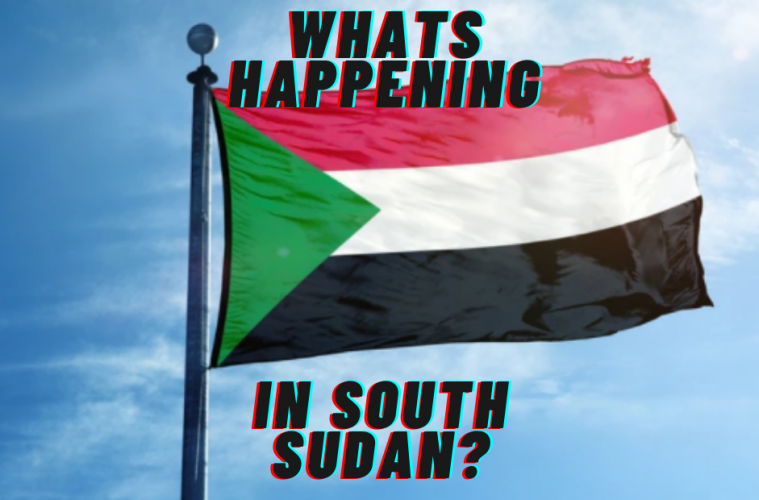 Sudan: New Vision or More of the Same?

In April 2019, Omar al-Bashir and his ilk were ousted from power by the Sudanese military, as ongoing protests stemming back to December 2018 made Al-Bashir’s continued leadership ungovernable. The current ruling authority in the transitional Sudanese government is a conglomeration of both their nation’s military leaders and a collection of civilian unions under the banner of the Sudanese Professionals Association (SPA).

While the end to Bashir’s brutal rule that included murder, genocide, and acts of rape and violence against civilians came as a much-welcomed result, very little seems to be known about the SPA, its role in the transitional government, or when a parliament will be formed. Those who suffered through the Bashir regime and the chaos and violence it brought, have waited anxiously for these questions to be answered, but their patience seems to be wearing thin.

A Sudan court on Tuesday began the trial of ousted autocrat Omar al-Bashir for leading a military coup that brought him to power 31 years ago. Al-Bashir and 26 other defendants gave brief introductory statements at the Supreme Court in the capital, Khartoum. A judge then rejected the defence’s appeal for a postponement, filed on the basis of Sudan’s fragile political climate and questioning the impartiality of the court. The judge scheduled the next session for September 15. The trial was initially set to start in late July but was postponed three times, including due to lack of coronavirus precautions. Al-Bashir is facing charges of undermining the constitution, rebellion and violating the Armed Forces Act, Al-Moez Hadra, who belongs to the group of lawyers who filed the criminal lawsuit, said. The 76-year-old will stand trial with several co-accused, including two of al-Bashir’s former vice presidents as well as former ministers and governors. If convicted, al-Bashir, who is already imprisoned for corruption, could face a death sentence. Al-Bashir came to power in 1989 after he led a military coup against democratically elected Prime Minister Sadek al-Mahdi. He was ousted in April 2019 after months of pro-democracy protests and mass sit-ins. Al-Bashir was convicted in late 2019 on corruption charges but was never tried for alleged crimes against humanity committed under his 30-year rule. The volatile nation in the Horn of Africa is currently run by a transitional government made up of military and civilian officials. #omaralbashir #wearelawtv

In fact the protests which came to an extreme when the cost of bread and other vital commodities spiraled out of control. The tension spurred the Sudanese Army into action. Yet those protests that sought to topple the previous regime, now seem to be turning on the current ruling authority, seeing that the negotiations between military and civilian authorities appear to be at a loggerhead. “Sudan is on a fragile path to democracy,” read a recent article in AP News.

Despite the forefront and vital role the Sudanese Professionals Association played in drumming up an organized campaign of protests against the violent autocrat Bashir, presently the structure and leadership apparatus of the SPA remains largely in the shadows. Even now the SPA membership is a “closely guarded secret,” with many of its key figures remaining abroad, presumably for their own safety. With good reason many of the group’s orchestrators hid themselves since immediately after Bashir ascended to power he banned all unions and political parties. Nevertheless, while there may still be some fear of reprisals from remaining Bashir loyalists, the SPA is the acting legislative body.

Few would argue that the authoritarian auspice of al-Bashir was either fair-minded, properly managed, or socially just. Yet the removal of a brutal despotic ruler does not alleviate the agent of that removal from scrutiny, lest the Sudanese people suddenly find themselves in a similar or even worse situation. Likewise, any excessively prolonged transitional phase is sure to breed further civil strife.

Currently, the most public face and catalyst to the formation of the SPA is a former anthropology professor at the University of Khartoum and former State Labour Minister, Dr. Mohamed Yousef Ahmed al-Mustafa, who had been on the radar of Bashir’s security forces for upwards of at least ten years. And his history of organizing protest campaigns, like the kind that eventually thwarted Bashir, is both long and well-honed.

Despite the spontaneous appearance of the 2018 uprising, similar attempts to rally the populace against their dictatorial ruler were tried with little success and usually resulting in either a severe crackdown by security forces or the killing of protesters at the hands of Bashir’s thugs. Reaching as far back as 2012, when al-Mustafa revived the previously banned Sudanese Doctors Syndicate (SDS), the former professor was already looking to pull together a coalition of professional groups who would advocate for better wages, better work environments, and more attention paid to public sector institutions like education and healthcare.

Since then the SPA began to not only clearly define their objectives, but by 2014 they sought to expand those objectives to “include regime change.” The failures to create change and bring down the Bashir regime in 2012 and 2013 taught the SPA that they needed more popular support. According to al-Mustafa, “I started to think about how to create an umbrella [group] to salvage the remaining northern part of the country,” and by 2018 the SPA constructed “a large, well-organized structure with sub-committees formed by many professionals that joined the coalition.” And to avoid what were previous incidents of bloodshed and fragmentation the SPA planned to “unify protests and create a political alternative to the government without actually being able to address them in person, circumventing the security threat from the regime.”

Perpetuating widespread protests for popular support was far from a new tactic for al-Mustafa. As a one-time member of the Sudan People’s Liberation Movement (SPLM) the anthropology professor had similar clashes with the Bashir regime. In 2011, the actions of the SPLM succeeded in carving out South Sudan, the newest country on Earth, while taking with it three quarters of Sudan’s oil revenue. In the case of South Sudan, a protest movement birthed a new nation. For its sister-country Sudan, a similar protest movement hopes to create a new government. For the Middle East Eye, al-Mustafa reflected, “The uprising [in Sudan] has rapidly expanded in all directions. That was a real movement demanding change to one raising more radical political demands.”

To hastily label South Sudan a success story for al-Mustafa’s former political movement would indeed be premature. Just two years after South Sudan was officially and internationally recognized as a sovereign nation, its first President, Salva Kiir Mayadit fired Vice President Rick Machar, dissolved the legislature, and dismissed all  ministers and deputy ministers, which plunged the fledgling nation into a brutal civil war. By July 2013, what may have been once great promise rapidly descended into utter peril and chaos.

Yet, as tragic as was the immediate outcome of Kiir’s unilateral seizure of power may have been equally as predictable. Beyond the fanfare the Sudan People’s Liberation Movement generated internationally, by its own precepts, “the SPLM defined itself as a national movement with Marxist orientation that was not confined to the south,” and which, “advocated for a united secular Sudan. Additionally, South Sudan did not arise out of protest alone, since the SPLM is inextricably linked by both leadership and ideology to the Sudan People’s Liberation Army, “with influence throughout all layers of a highly militarized society.” And like the SPA in Sudan, the  numbers and identities of the members of the SPLM/A are protected.

Since the start of civil upheaval in South Sudan several members of al-Mustafa’s former brethren, now in opposition to the Kiir regime and led by Rick Machar, have amassed a staggering amount of gross human right violations and have since been sanctioned by the UN. Some high-ranking members include James Koang Choul, Commander of the SPLA for rape and torture; Marsial Chanuong Vol Mangok, SPLA Army Major General and Commander of the Presidential Guard Unit for muder of Nuer civilians; Poler Gadet, SPLA’s Deputy Chief of Staff for coordinating ethnic killings; Santino Deng Wol, Major General and Commander of SPLA’s 3rd Division for killings of children, women, and old men. As noted by Human Rights Watch in 2017, “armed opposition led by former Vice President Rick Machar, the Sudan People’s Liberation Movement/Army in Opposition (the “10”), attacks on civilians have now become commonplace.”

Despite the mounting human rights violations, which included the use of child soldiers,  on both sides during the conflict in South Sudan between 2013 and early 2017, US foreign policy under former President Barack Obama was indeed curious. As reported by Politico in 2016, “the Obama administration has squandered its last chance to hold the corrupt, malignant South Sudanese leadership accountable for its crimes, depriving the boys and girls who have suffered at its hands to any justice,” as the US continued to supply arms and money, via presidential waiver, to a nation that consistently topped the list of violators of the Child Soldiers Prevention Act (CSPA). Even in northern Sudan, amidst the bubbling cauldron of unrest, the US chose to reduce sanctions on the Bashir regime to “acknowledge efforts to reduce internal conflict, improve humanitarian access to people requiring aid, and curtail terrorism.”

If convicted, Bashir and others could face the death penalty. https://t.co/2gDs9cUkGi #OmarAlBashir #Sudan

Presently, the transitional government and the negotiators for more civilian control of the government, including the formation of a legislature has already begun to show several chinks in their armor. Demonstrations are already underway demanding more action and for the military to hand over full civilian control of the government. Some protests have recently led to bloodshed, particularly in the Darfur region of Sudan, where last month at least 60 people were killed according to the UN Office for the Coordination of Humanitarian Affairs in Sudan, despite calls from now-Prime Minister Abdalla Hamdok to “support the right of people to protest.”

Almost like a mirror of the situation in South Sudan that led to civil war and internal discord, within the SPA some cracks are beginning to show. In May of this year difference reached a boiling point over the selection of new general secretariat members. In July, according to the Middle East Monitor, the SPA suspended five of its own affiliated bodies, including the Committee of Sudanes Doctors and the Sudanese Environmentalists Association. As reported by the Monitor, “this is in addition to the dismissal of all speakers and withdrawal of all representatives of the SPA,” in the Forces of Declaration of Freedom and Change (FDFC). Moreover, in April the National Ummah Party of Sudan, the country’s oldest political party, “froze activities with the Forces of Freedom and Change,” for what it called “major flaws in the performance of the transitional government.”