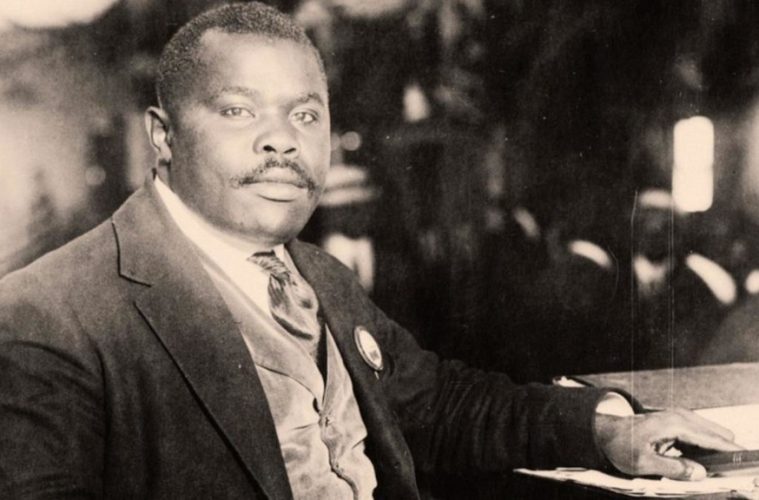 GARVEY’S WHIRLWIND; WATTS’ AND FERGUSON’S FIRE: SIGNS AND OBLIGATIONS OF OUR TIMES BY DR Maulana Karenga

Garveys Whirlwind Watts and Fergusons Fire essay by noted historian and author Dr Maulana Karenga is being serialised on the NuOrigins website over 2 days.  We want to share  Dr Karenga’s important contribution to the discussion on Black lives and the inflexion point that we are experiencing. We hope our subscribers appreciate this very important historical look at the moment we are in.

In our awesome and exacting history in this country, the month of August is a time of remembering and recommitment to prophesies, promises and practices of whirlwind and fire. Indeed, it is good to remember and reflect deeply on the fact that, as a people, we were born, baptized and built up in the transformative waters, whirlwinds and fires of righteous and relentless struggle for liberation and inclusive good in the world. It has been a historic, heavy and ceaseless striving to free ourselves, be ourselves and create conditions for us and all to live lives of dignity, decency, development and flourishing. And now in this time of the pandemic COVID-19 and the ongoing pandemic and pathology of oppression, of police violence and vicious systemic racism, we find ourselves pushed against another wall and defiantly pushing back in countless ways. Indeed, even when we do not realize it, we are the whirlwind and fire, the ongoing source and instructive symbol of critical transformative struggles in this country and the world.

It is our honored ancestor, the Hon. Marcus Garvey, founder of the largest and most far-reaching movement in our history as African people in this country, who gave us the sign and obligations of the whirlwind. And it is the Watts Revolt, the Ferguson Revolt and all the revolts in our history which preceded them that gave us the sign and obligation of fire. Garvey had said he would fight for African redemption and liberation until his death and afterwards return “in the whirlwind and storm” with other ancestors to continue the struggle and win the unfinished fight for freedom. And thus, the message and meaning of embracing and becoming the whirlwind is key to our understanding and honoring Garvey’s legacy. 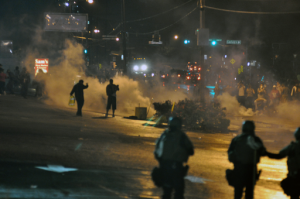 Likewise, the revolts in Watts and Ferguson and all our revolts from the Holocaust of enslavement onward were pushed forward by the symbol and unmistakable message and meaning of fire, the fires of freedom and resistance. And thus, I want us to understand these images and meanings of whirlwind and fire as transformative forces. I want us to see the whirlwind as a stirring and rising of our people, a strong and sweeping wind against the evil, unjust and oppressive and as the thunderous roar and force of our people lifting themselves up in righteous anger and self-assertion in the interests of African liberation, human good and the well-being of the world. And I want us to perceive fire as a cleansing force, a testing and tempering force. Also, as Malcolm taught, we are to see fire as a symbol and sign of revolutionary change. Revolution, he said, is like a forest fire, burning and removing the dead wood and rot and allowing new growth and possibilities to emerge.

Moreover, I want to argue that Garvey’s return depends on us and that we are and must be the whirlwind of return as he prophesized and promised. And we are the fires of revolt and resistance, not only of Watts and Ferguson, but of and for all our ancestors who prophesied and promised freedom, if we dare to struggle and dare to win. In this way, they return in us, those freedom warriors who taught us dignity-affirming, life-enhancing and liberating ways to live our lives, do our work and wage our struggles.

Again, rightly understanding ourselves, we are the whirlwind and cleansing fire of our ancestors. When the Yoruba ancestors named their children Babatunde, father has returned, and Iya Tunde, mother has returned; it was a sign that they saw and felt their father’s and mother’s return in their child. And it could be the grandparents or great grandparents going further back in history, in a word, our ancestors who they believed were returning.

Today at this and all other critical junctions in our history of struggle, we are called on to be Babatunde and Iya Tunde – our forefathers and foremothers – in a word, our ancestors returned. And in this month of the Hon. Marcus Garvey, we must invite him back in the sacred ceremony the Zulus call ukubuyisa, bringing our ancestors back home. It is a sacred ceremony of remembrance and rejoicing, of raising up one among us who lifted up the light that lasts, our spiritual and moral principles, and taught us dignity-affirming, life-enhancing and world-transforming and preserving ways to walk, live and relate in the world.

In a real and meaningful sense, we are all Babatunde and Iya Tunde at our best, embodying the best of our forefathers and foremothers, doing so in thought, emotion, speech and practice of good in and for the world. This is the meaning of the Kemetic Maatian declaration which reaffirms our remembering and honoring them and committing ourselves to carry on their legacy. It says that they will always be for us “a glorious spirit in heaven and a continuing power on earth. They shall be counted and honored among the ancestors. Their name shall endure as a monument. And what they’ve done on earth shall never perish or pass away.”

Garvey taught us we must know and honor our history. It is, he taught, “too important to be left in alien hands.” Furthermore, he taught “history is the landmark by which we are directed in the true course of life.” Indeed, he taught that our history tells us of our potential based on our past achievements and assertions of excellence in the world. For he said, “What humans have done, humans can do.”

In addition, Garvey tells us we must also study, analyze and know the conditions of our lives in order to change them. He tells us we are living in the most dangerous and difficult times ever, for we live in a world, not only of domination, deprivation and degradation, but also a world of deep and pervasive deception. He says, “We are face to face with (conditions) in a civilization that is competing with itself for its own destruction, a civilization that cannot last because it has no spiritual foundation; a civilization that is vicious, crafty, dishonest, immoral, irreligious and corrupt.” Indeed, then as now, it is a world system dominated by racists, colonialists, imperialists and genocidists whose gods are weapons, power and profit.

Garvey believed this world system of greed, viciousness and violence against us, others and the earth itself, will fall and forfeit its future on the altar of self-destructive practices. But he believed also its timely end will be achieved by our righteous, relentless and victorious struggle against the hypocrisy and hellish character of the system. And thus, as whirlwind and fire, we cannot let it stand, cannot immorally concede, compromise and simply seek a comfortable place in oppression. Indeed, he says,

“We who are endeavoring to get freedom must be radical,”

for the conditions of our oppression and the requirements to end it demand nothing less.

Moreover, Garvey understood that our sacred mission of liberating Africa and Africans everywhere was a world-encompassing task, which is authentically pan-Africanist and vitally human. For he knew that Africa and Africans can’t be truly free in an unfree world. That is why he said, “The whole world is my province until Africa is free.” In a word, then as our foremother, Dr Mary McLeod Bethune would teach:

“Our task is to remake the world. It is nothing less than this.”

Indeed, it is the ultimate solution to both African and human liberation.  Part 2 of this reflection will be published tomorrow.