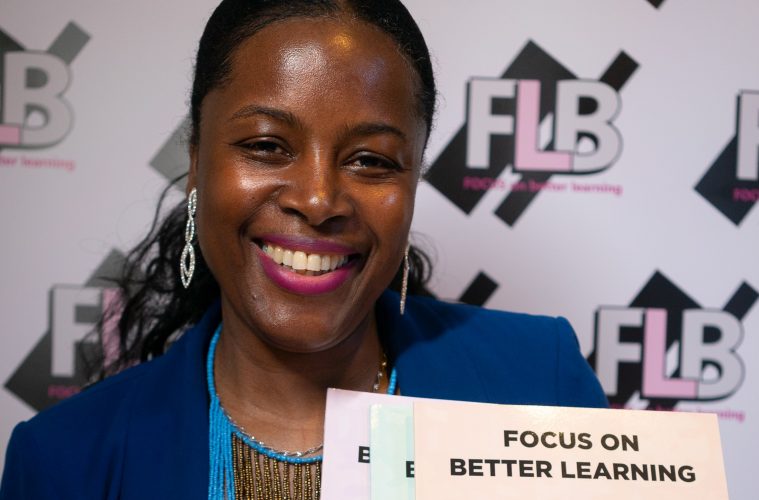 Keeping school-age children motivated and inspired can be onerous.  With months of interrupted conventional school lessons due to the pandemic, the task to captivate young minds has been heightened by the pandemic as well as a renewed focus on mental well-being .

A teacher of nearly thirty years experience, Sandra Smith has been exploring methods to make teaching resources more holistic. Smith’s extensive experience in roles such as head of Maths where she shared best teaching practices with fellow teachers and Director of Learning where she was responsible for a team of heads of department, has certainly harnessed her understanding of how young people learn.  Additionally, working as Director of Co-Curriculum gifted Smith the opportunity to run enrichment programmes and greatly enhanced her pedagogical framework.  In Smith’s role as Director of Co-Curriculum, she invited various professionals from the world of sports, media, fashion, and music to give stimulating presentations and talks which have included ex-professional football player, Patrick Vieira.

Spending her formative years with her gran aunts in the Jamaican parish of Manchester crystallised Smith’s interest in teaching.  ‘’Every single one of them was teachers. They were very respected in the community’’. With an aptitude for Maths and Science, Smith recalled her fond memories of school. ‘’I think in school I was very competitive when it came to maths and science. Any other subject I was not really interested in, but I was interested in Maths and Science. Those were my two subjects’’.

‘’Education was a big thing in our household. We would have writing competitions; we would have maths competitions. We had to read books about history, science, everything.’’

Born in Britain but raised in Jamacia, the Maths teacher can recall coming back to Britain and witnessing her father converting the living room into a library. ‘’I just naturally grew up wanting to be in education’’ she adds. Subsequently, Smith’s eagerness to make educational resources more dynamic led to her establishing Focus Lane Book Company earlier this year.  The company has published three exercise books under the series of Focus on Better Learning, with each specific exercise book focusing on Maths, Science, or English.

Smith’s exercise books transcend your usual expectations of an educational resource. The books are flamboyant and void of any blandness. The aesthetic look of the books makes the reader instantly attracted. ‘’I am a great motivator. I wanted  to put in the books things that I know from my experience that the children think about themselves; I wanted that to be in the book. So it is almost like including their negative self-talk and I wanted to give them those tools to be able to work through it’’. 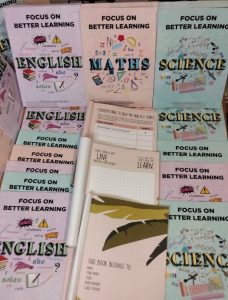 Using positive affirmations and tapping into other support systems such as parents that may echo these sentiments, Brown wanted to use the exercise books to reinforce the consistency of self-belief. To achieve this, Smith included quotes in the exercise books. ‘’Some of the quotes are sort of a collection of what they hear from their parents, or what they would hear from their class teacher so it was all in there exercise books just to build up their mind-set to sow those seeds for resilience’’.

Quotes are sprinkled throughout Smith’s books to leave students with a new sense of pride. Some of the quotes that have resonated the most with Smith’s readers include ‘’Simple little daily habits create big success’’, ‘’Your exercise book is a record of your hard work and effort. Treat it with respect’’ and ‘’Learning never stops. Your skills can be transferred from one subject to the next’’.

The idea of the innovative series of exercise books was first conceived over five years ago when Brown was working as a full-time teacher. ‘’It was May, 2015 so the year elevens [15 or 16-year-olds in the UK] were preparing for their exams and I said to them okay so let’s all find the work we completed on trigonometry. No one could find it and I thought we need to do something better and at the same time, the students were very disengaged. They weren’t connecting with their work. Not all of them, just some of them’’ says the now semi-retired teacher.

It could be argued that Smith’s new exercise books were in collaboration with the children from the inception. Perhaps that’s why the books have been widely received by students and parents alike.  Smith quizzed her students about what could enable the exercise books to act as a greater effective educational resource.

One of the first factors identified was organisation. ‘’We said the first thing we need to do is number our pages so we know where things are and let’s get a content page, but we just picked out the key topics and it just sprang from there’’ notes the author. Smith would draft out a myriad of different ideas, whilst ensuring that ‘’it was very simple, purposeful and it doesn’t mean that the children are highlighting or doing anything to an extent where it takes away the main content or main purpose of what I want the book to be about’’.

The ethos of the exercise books  was to operate as an ‘’organisational resource’’ to improve students’ structured learning. As well as in mainstream schools, the exercise books can be used in a myriad of settings. These include educational and youth provisions such as Pupil Referral Unit’s (PRU’s) and youth clubs, sports education Saturday schools and other extra-curricular activities. The books are also recommended for children that are being home educated.

Feedback from the teacher’s students is testimony to the impact the books are having on their discipline, resilience, and motivation which has fostered greater learning habits. ‘’Parents were saying what a simple concept. It is such a simple concept that sometimes because something is so simple people might overlook it and say we like when things are complex.  Once a child holds the book and they see it, they really do fall in love with it’’ says Smith.

Sandra Smith will be giving tips on summer learning for school children and parents at the annual Black British Book Festival 2021 on Sunday 8th August at the Legacy Centre of Excellence in Aston, Birmingham.  Sandra is also available for talks in schools. Her new series of books can be purchased from: https://www.focuslanebookcompany.com/shop  As part of a summer discount, schools (including Supplementary Schools) and educators get a 50% discount when they order ten books or more.