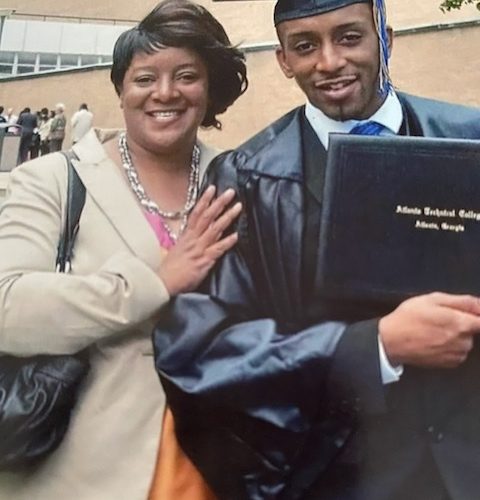 About the killing of Kawaski Trawick

On April 14, 2019, 32-year-old Kawaski Trawick was locked out of his apartment at Hill House in the Bronx. The fire department let him into his apartment.  By the time NYPD officers arrived, Kawaski was safely back in his home cooking food. He was not a threat to anyone, yet two officers entered his home and killed him. The NYPD sensationalized the fact that Kawaski was holding a knife to justify shooting him, but he was holding a knife because he was cooking dinner.

The Bronx District Attorney, Darcel Clark, has decided not to charge the NYPD officers involved with the murder of Kawaski Trawick. Below is an official statement from his mother, Ellen Trawick, about the lack of justice for her son.

My family and I are heartbroken and outraged that Bronx District Attorney Darcel Clark is choosing not to charge Officers Brendan Thompson and Herbert Davis for murdering my son, Kawaski Trawick while he was cooking in his home, on April 14, 2019.

After meeting with DA Clark’s staff, viewing surveillance and body camera footage, and listening to 911 calls it is 100% clear to me and my family that Kawaski should be alive today. The officers who killed my son escalated the situation every step of the way by opening the door to his home while he was cooking, then yelling commands at him while he was nowhere near them, then tasing him while he posed no threat, and then shooting him. They rendered no aid and let him die on the floor.

"Trawick’s entire interaction with police in The Bronx on 4/14/19, lasted only a few minutes before an officer fired four shots, killing him. His mother, Ellen Trawick, says the video told a different story than the version police offered last year." https://t.co/RUEXz3QcMB pic.twitter.com/biz15PwPcR

Both of these officers were CIT-trained but instead of treating my son as a human worthy of dignity, they shot and killed him in cold blood, in his own home. Officer Brendan Thompson in particular seemed to want to cause harm, he tased my son after his partner told him not to, and then he shot my son. My family and I are demanding that Mayor de Blasio make sure that both of these officers are fired immediately.  They are a danger to New Yorkers.

District Attorney Clark’s decision comes after almost a year and a half of her office dragging their feet on this investigation with almost no communication. Last year, when I specifically travelled to New York City to get answers and view body camera footage, the DA’s office refused to let me view that footage unless organizers who were there to support me left.

This is an outrageous way for an elected official’s office to treat a grieving mother and it is an abuse of power. I had to leave that meeting without viewing footage because they refused to let me have my support team with me. They never once reached out to me to provide updates and we have had to rely on organizers to track them down to get information – and even to get the meeting that was scheduled late this evening. And now, they are closing my son’s case without holding either of the officers involved accountable.

On April 14, 2019 Kawaski Trawick -a Black gay man living in the Bronx- was killed by NYPD Brendan Thompson & Herbert Davis.

Kawaski was only 32yo & cooking in his apt when NYPD killed him.

Clark’s decision is devastating but not surprising when I think about how they have treated my family for over a year.  Losing Kawaski has left a giant hole in my and my family’s life.  Kawaski was a loving, non-violent person. He loved being around people and was always talking, smiling and laughing, so that we had to laugh along with him. Like so many New Yorkers and Americans, he struggled with mental health challenges. He was living at Hill House – which is a supportive living facility – in order to get support and care, but instead of being protected there, he was criminalized and murdered by the NYPD.

My family deserves to be treated better than this, but most of all, my son deserved better. Kawaski always stood for what he believed was right. It is not right that he was living at Hill House to get support but they called the police on him, when they could have helped him get back into his apartment when he needed to. It’s not right that the NYPD showed up, entered his home while he was not a threat to anyone, barked orders at him, tased him, and gunned him down. If Kawaski were with us today, I know he would be demanding accountability and change so that what happened to him doesn’t happen to others. Since my son was stolen from us, my family will be fighting to demand that Mayor de Blasio and the NYPD fire Officers Brendan Thompson and Herbert Davis.”

This article “Mom and Family Outraged as Bx DA Declines To Charge Officers Who Killed Kawaski Trawick In His Home”was originally published on The Justice Committee’s website as a Press Release on June 29, 2020.  This article has been integrated with video, audio, and social media images. Please, read the original article HERE