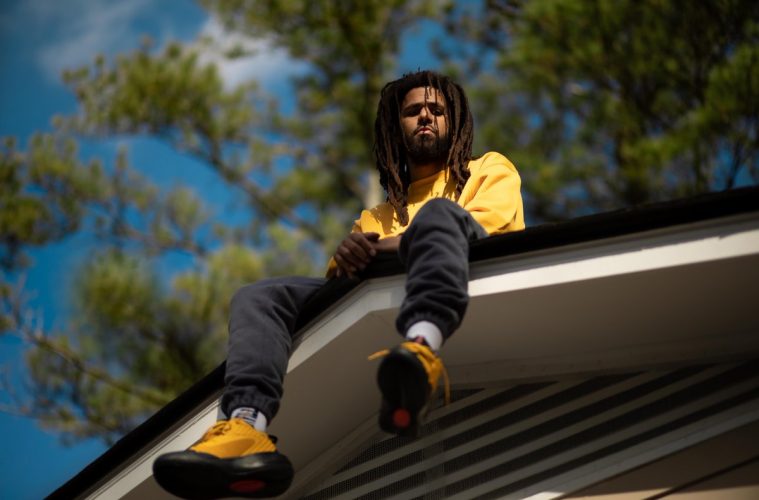 J. Cole signed a three-to-six game contract with Basketball Africa League’s Rwanda’s Patriots Basketball Club, and not too long after that he released his new album Off-Season. The sports-related title for his latest music project is not directly tied to his new athletic career. The rapping baller explained in his off-season documentary, “Applying Pressure,” that he didn’t want to look back 15 years from now and think that he didn’t reach his full potential in music. He put himself in an athletic training mindset to challenge his skill level and reach new heights like an off-season.   “I had to make a real decision, are you okay with getting comfortable chilling, mailing it in, waiting around on inspiration,”

Cole asked himself in the doc. “If this is as high as you ever got, not career success-wise, but from a skill level, have you wrote your best song? Did you leave no stone unturned creatively? And when I thought about that feeling, I was like ‘Nah I’m not cool with that.’” In the documentary, he also compared his passion for basketball to his passion for music. He believed that he wasn’t taking the sport seriously enough to make a career of it and he didn’t want to make the same mistake with his music.

Cole was right about not putting a lot of effort into his basketball career. With more dedication in his early years, there is a slight possibility that he could have made it to the league. This is evident through the stats of his debut basketball game against Nigeria’s Rivers Hoopers. Cole scored a respectable three points, secured three rebounds and dished out a pair of assists in 17 minutes on the floor. His second game playing for the Rwanda Patriots Basketball Club was not as promising with 0 points, 0 assists, 1 steal, and 1 block. With at least one more game to go, his ball career could go anywhere from here.

His music career always was, and still remains valid with this latest release.

“p r i d e . i s . t h e . d e v i l” is a legendary track. The instrumental of the song shares a similar melody to Aminé’s ‘Can’t Decide’ since T-Minus, the producer for both tracks, reworked the same guitar part as recorded by Luca Mauti. “a m a r i” is a single worthy track, and “t h e . c l i m b . b a c k” was too good to keep a secret seeing as Cole already released it back in July of 2020. Pitchfork gave the album a 6.5 rating, however, listeners who relate to the struggles Cole has been through may resonate more with the album.