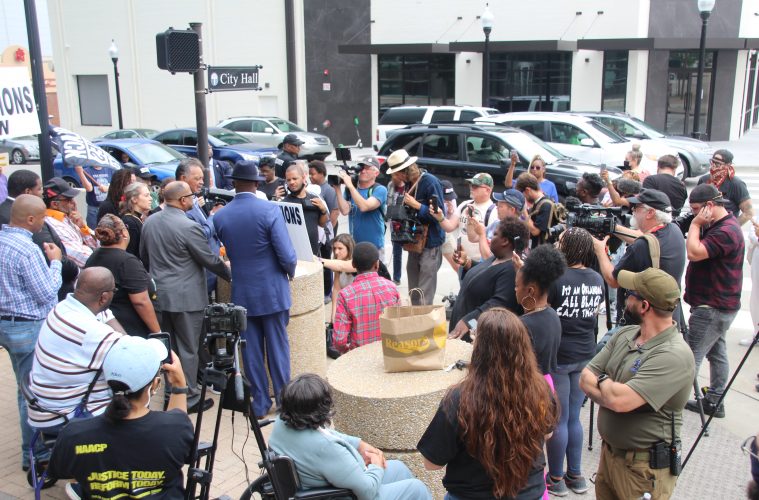 I have spent 15 of my 22 years on this earth in Tulsa. My first three years of existence were spent in my birth place, Atlanta, and the other four years were spent going to college at the University of Missouri. For a long time, Tulsa was all I knew. Since graduating in May, I don’t recognize the town I once called home and it’s for the best.

In my four year absence, the planning for the centennial and projects around it began. Now, Tulsa has established a strong black voice with influential leaders and activists that people are listening to. They have a plethora of black-owned businesses on black wall street, and that wasn’t the case four years ago. They have documentaries, speakers from around the world and even the President of the United States acknowledging what actually happened in the Tulsa Race Massacre. That is not the Tulsa I know. 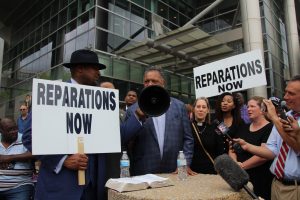 The Tulsa I know dedicated only two paragraphs in the Oklahoma History book to teaching the massacre, and most teachers skipped over it because it wasn’t required to know for the test. The Tulsa I know made a ghost town out of black wall street, and little to no black owned businesses occupied those buildings. The Tulsa I know was neglecting the rich history that the Greenwood Cultural Center had, and the documentaries they showed people who came in and asked about the massacre. The Tulsa I know intentionally hid its history due to the white guilt and shame that plagued the community, as well as the fear from the black community that if they shed a light on their history then it would repeat itself.

I was blessed to learn about the massacre back when it was known as the Tulsa Race Riot. Thanks to an organization I was in called Jack and Jill Inc. we visited the cultural center every year. We would walk through the hall of survivors and hear their testimonies from this VHS tape. They talked about the bombs, the planes, and the white supremacist mobs. They didn’t go into detail like the speakers from this past week.

It wasn’t until 100 years after the massacre that I found out what really happened. 40 blocks were burned to ash. Black people were tied to cars by their legs and dragged by running cars. Babies were decapitated and their heads were stepped on after being beaten and stolen from their mothers. No black person in the Greenwood district was safe from the wrath that had built up over time. The massacre was sparked by Dick Rowland’s falsely accused arrest, however, with the police chief and Mayor of the area being open Klu Klux Klan members at that time  a deep rooted feeling of jealousy was unleashed. Their houses and neighborhoods may not have been fancy, but the black wall street businesses were profitable. The black town was thriving, and white people couldn’t stand it.

It wasn’t until the early 90’s that people began to really look into the massacre’s history. Many of the facts I rattled off came from the President’s speech. He recognizes that he is the first President to visit Tulsa in 100 years since the massacre, and that is a problem. He recognizes that the government process to approve bill HR40, which asks to form a committee to study transatlantic slave descendant reparations, is going through a system that was constructed for those policies to fail.

Although Biden did not address or use the word reparations, no one was expecting him to. The fact that he, as well as so many other civil rights leaders, showed up brought more attention to Tulsa and its history than we’ve had in 100 years. He said everything that Obama couldn’t.The next morning after Biden’s speech. 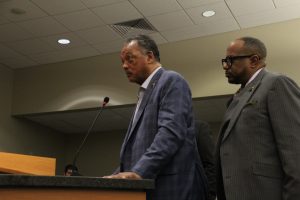 Tulsa’s city council held a meeting that would be open to the public. I was covering the proceedings for a local paper, and I got to sit right next to Jesse Jackson Sr. in the front row.

Although the resolution the city councilor’s passed was vague and did not promise reparations, it led to a start. The only thing that keeps me hopeful today is the black press. Honestly. The black owned businesses lining wall street now are hopeful, but what if someone tries to burn them down again? They can be rebuilt, but what happens when they show up again? 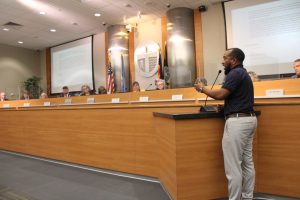 The black press gives me hope, and I am blessed to work with them now.

Dear Tulsa, I’m back now. I’m here to tell your story. The black story. The people of color’s story. I will lift up the voices of those who have a systematic or prejudiced knee on their vocal chords. I have nothing to lose but my chains. I’m not scared to say black lives matter and still be objective, because they do. It’s a fact. My black life matters.  I spent my years in high school working as the president and founder of Jenks’ black student union. I led speeches on this, held fundraisers, and had weekly meetings educating my peers on their history, or at least the parts the history books neglected. I made the news twice, and then in college I had to choose between being a journalist and an activist.

So, I got off the highway. I stopped blocking the cars and picked up my camera. Just know that when I am objectively covering each fight for justice, my spirit is on the right side of history.