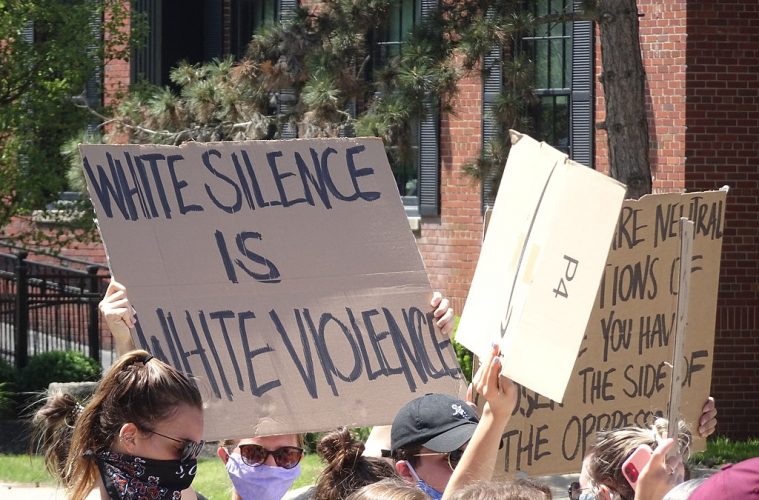 The Danger of White Liberalism and Performative Allyship

Following slavery, colonialism, jim crow and other forms of exploitation and domination whiteness has inevitably become entangled with a history of oppression, privilege and racial injustice. White conservatism has driven the recent rise of fascist, racist and authoritarian white leaders and politicians. The instances of police brutality and violence against black communities have added fuel to discourse about race relations throughout the world.

Conversely, white liberalism has presented itself to society as an alternative form of whiteness—one that is rooted in allyship, anti-prejudice and activism. Although liberalism and progressivism are philosophies that push for the liberation of marginalized folks, white liberals have increasingly taken up space in reform movements meant to center black individuals. From scholarly research to social media activism, the voices of white liberals and allies have been given a platform that is often not accessible to black folks. While this appears to be a way of using white privilege to support the oppressed and address racial injustice, it has also led to an increase in instances of performativity, subconscious bias and egotism that are overlooked.

With the emergence of the Black Lives Matter movement came the swarm of white allies advocating for black rights, like many others have done during racial justice movements over the last few decades. In May 2020, after the murder of George Floyd at the hands of a police officer, numerous people, of a multitude of backgrounds, marched down the streets of cities throughout the United States to protest against police brutality. My friends and I attended a few of these marches. As we mapped out ways to safely march and avoid any aggression or interaction with the police during these protests, I noticed something that brought me a peculiar sense of discomfort—the white allies were deciding how we would split up, where we would meet when we would go home, and how they would walk on the sides of our group in order to protect the black people in the middle. My black friends and I remained quiet. This showcase of allyship was propelled by the push for white people to actively use their privilege to amplify the outcries of the black community while shielding them from harm. At the time, I wasn’t sure of the reason for my discomfort; the intention to protect black people in instances of probable danger or violence is a good one—one that reflects what allyship should look like. However, I later began to understand that my discomfort came from a place of uncertainty and feeling conflicted about confronting behaviour that appeared problematic although well-intentioned. It cannot be right for white liberals to attend a rally about Black lives and then attempt to control the Black people at the rally out of a false notion that they know best how to protect Black people. It can be difficult to decipher whether a white person’s decision to speak up, take charge or take action comes from a place of perceived power, white saviorism, or from a genuine want to help the disenfranchised.

Over the last few years, activism has been prominent not only in the streets but also online; especially on social media. Many who attended rallies posted photos of themselves holding up a sign, with captions featuring social movement hashtags. Others shared infographics detailing ways to help the black community or statistics about violence and anti-blackness. While social media has become an essential tool for raising awareness on the issues impacting the black community, its ability to encourage performativity has been one of its biggest downfalls. Many people have noted that social media has become a space that provides validation and approval, much like a popularity contest. The constant media coverage of anti-black police brutality made it a popular topic, thus making social media posts about this issue gain engagement. Allyship, whether offline or online, must come with the responsibility of introspection, of constantly checking in with one’s self to decipher whether participation in discourse about the struggles of the black community comes from a place of support, or from following a trend. The latter creates a performative space in which white allies may potentially (and subconsciously) center themselves as “one of the good ones” in order to gain validation. An example of such performativity is the phenomenon of the black squares posted by thousands of Instagram users on June 2, 2020, named “Black Out Tuesday”. The posts were tagged with the hashtag #BlackLivesMatter, and drowned out previous posts with the hashtag that contained critical information. This was a display of allyship that was more harmful than helpful for the movement.

White liberalism often comes with paradoxes that should not be ignored. These paradoxes show up not only in the way white liberals participate in discourse, but even in the ways they interact with the communities they live in. Over the past few years, gentrification has skyrocketed in low-income neighborhoods. Recently released data shows that between 2010 and 2020, Bed-Stuy, a historically black neighborhood in Brooklyn, New York, gained over 30,000 white residents while losing about 22,000 black residents. Many progressive white people have moved to neighborhoods like this one, and have consequently contributed to the rise in rent and mortgage prices, and the displacement of black and brown residents. Ironically, while walking down a tree-lined street of brownstones in Bed-Stuy, one will notice Black Lives Matter signs hung up by the windows of these residents. A study conducted by Katie Donnelly for Vice Media showed that white liberal gentrifiers “minimized their complicity in the process of gentrification” and presented themselves as “good neighbors”. However, many white liberals refrain from actively engaging with their black and brown neighbors, and instead create their own “bubble” by mostly frequenting white coffee shops, restaurants and high-priced businesses that have also contributed to the displacement of the community.

White liberalism often comes with a degree of defensiveness. Progressive white people are able to acknowledge the impact of white privilege and the ways in which it has put black people at a disadvantage. However, white liberals differentiate themselves from the white people who they believe are the actual perpetrators of prejudice. On social media sites, they actively call out or “cancel” those who display any overt form of racism or bias. However, a study conducted by Yale and Princeton professors showed that many white liberals themselves “patronize minorities stereotyped as lower status and less competent.” White liberals mostly support viewpoints that are similar to theirs and engage with black people who feel familiar, such as those with similar values, social status, education level, party-affiliation and more. This is a form of progressivism that only accepts versions of blackness that don’t interrupt or challenge the white liberal agenda. The white liberal response to black people viewed as “less competent” is often condescending. The Ivy league study conducted by Cydnee Duprey and Susan Fiskee supported this by finding that white liberals even alter their language when interacting with black folks by “dumbing down” their words, in contrast with white conservatives who don’t change their diction based on the race of the person they are conversing with. This illustrates the subtle bias that still exists within white liberals.

Many historical and political figures, including Malcom X, have questioned whether white liberalism is aiding or hindering the movement for black liberation. This question continues to be relevant today. The answer is debatable, as it entirely depends on the intention of white allies, and their ability to address their own biases and their own complicity in systems of racial oppression.