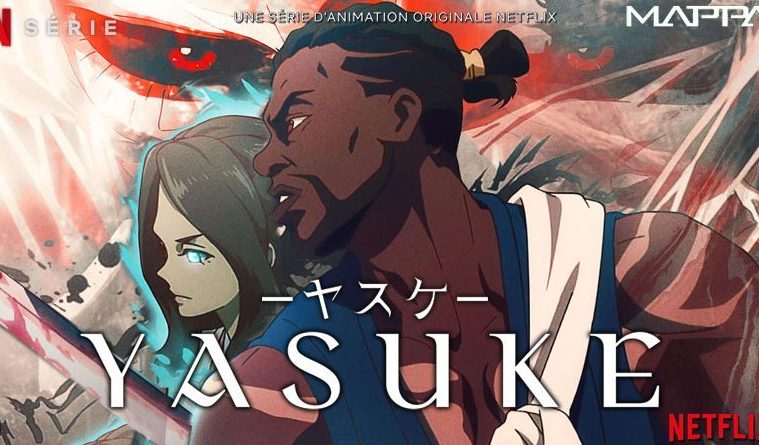 Cancer took our dear Chadwick Boseman away, and a movie role that would’ve brought Yasuke’s legacy to the big screen as the first black samurai. Doug Miro, co-creator of “Narcos,” wrote the script in 2019 and Boseman passed the next year. Two years later, the warrior’s tale came back to life on Netflix in an Anime series.

Last month, LaSean Thomas released the anime with the main character, Yasuke, voiced by Lakeith Sanfield. The series ranked fifth as Netflix’s top series and received a 91% on Rotten Tomatoes. As if the original history of Yasuke wasn’t interesting enough being one of the first black men many Japanese people saw, Thomas added sorcerers, a shape-shifting woman-bear, astral-plane duels and giant robots in feudal-era Japan to the mix.

If you haven’t already, check out #Yasuke⚔️, streaming now on @netflix. It’s definitely worth the binge. And you don’t have to take my word for it. @RottenTomatoes has us certified fresh at 95%!! AYEEEEE – Let’s go! @strongblacklead https://t.co/D9URqaTvF2

The show loosely follows the history of its title character and the series sticks to the roots of how Yasuke came to be a Samurai. It was a fact that a few Japanese people considered Yasuke to be a holy figure because his skin was dark like Buddha when he arrived as a slave from Portugese Jesuit Missionaries. It is a fact that the regional warlord, Oda Nobunaga, demanded Yasuke to scrub his melanated upper body with a sponge because he didn’t believe Yasuke was black at first. It was a fact that Oda hired Yasuke as his bodyguard and gave him money, weapons, and training in the way of the samurai until Yasuke became the first non-japanese samurai.

The differences of the series from true history lay in everything else. ‘Yasuke’ differs from other Anime’s as well being an anime with a culturally diverse team behind it. This isn’t Netflix’s first time embracing a black anime. Jaden Smith came out with his anime series ‘Neo Yokio’ in 2017. The series was not reviewed well and did not come back with a second season, however they did premiere a Christmas special. Right now, a second season for ‘Yasuke’ is pending and Netflix is still deciding if they want to continue the series or not.