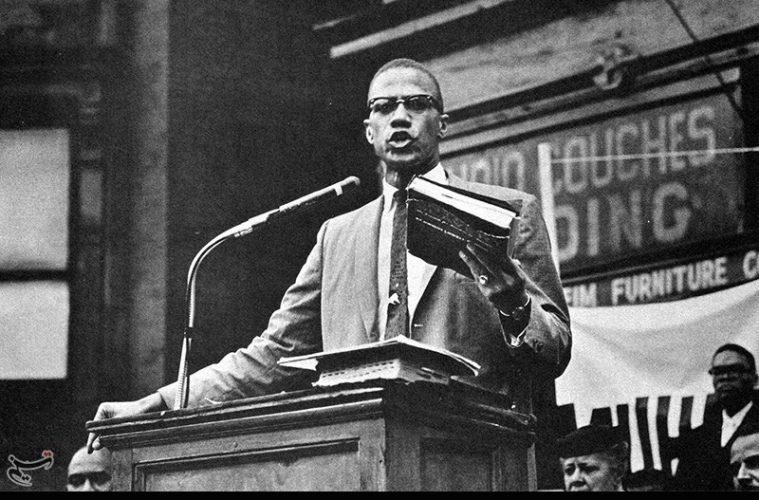 Malcolm X was a black nationalist, and America still fears him long after his assassination.

It’s been more than 50 years since Malcolm X, whose real name was Malcolm Little, was killed by Thomas Hagan, a former member of the Nation of Islam. But despite that matter, Malcolm X’s presence strikes fear into white peoples’ hearts.

One explanation to why his legacy isn’t revered by the mainstream media as fondly as Dr. Martin Luther King Jr. or Rosa Parks is because of his position on black empowerment, he wanted to hold politicians accountable for the treatment of African-Americans.

“It’s because he’s a [black] nationalist,” Shadidi Beatrice Kinsey, Co-chair of the New York City Chapter of The National Association of Kawaida Organization, said in response to why some Americans don’t embrace Malcolm X. “He was a freedom fighter — [he wanted] to control the politics and economics in our community.”

It’s weird that Malcolm X isn’t held to the same standards as the previously mentioned civil right leaders, considering his “By Any Means Necessary” approach was to combat racism, and he met with world leaders to discuss America’s human rights violation against African-Americans.

However, people like CUNY professor James Small, a Pan-Africanist professor and former bodyguard of Malcolm X’s half-sister, Ella Little-Collins, can give an accurate account to his life work.

“When Malcolm died in 1965, the world was still afraid of him. We couldn’t hand a black person a flyer. Ninety percent of them wouldn’t take a flyer with Malcolm’s picture on it. They were so afraid,” Small said in a recent interview with Imhotep Gary Byrd.

Kinsey told Nu Origins that Malcolm X’s worldwide recognition exists because of the persistence black nationalists have for his philosophy.

“The political philosophy of black nationalism means: we must control the politics and politicians of our community,” Malcolm X said.

In Harlem, the place where Malcolm X died in 1965, at the age of 39, there has since been a pilgrimage held in his honor on 125th Street and Adam Clayton Powell Blvd at 8 a.m. and proceed at 9:30 a.m. to Ferncliff Cemetery in Hartsdale, NY that has become a tradition, organized by the Pan-Africanist organization founded by Malcolm X and then led by his half-sister Collins, called the Organization of Afro-American Unity (OAAU).

Though it isn’t official, May 19 was declared as Malcolm X Day by the OAAU. This year marks the celebration of the 50th Annual Malcolm X Black Unity Awards located at the Bedford Stuyvesant Restoration Plaza, a privately held award show that honors recipients for contributing to the African community.

This program featured excerpts from the unpublished chapter of The Autobiography of Malcolm X.

In Harlem, most, if not all, of its stores are closed for the entire day as protesters civilly march onward.

Malcolm X’s message echoes in today’s political discourse. However, black nationalism has been lumped with white nationalism, associated with hate-filled rants on how America needs to cater to a master race.

While the support for the political interests of white people has resurged to mixed reception thanks to social media and the aftermath of the 2016 election, the same couldn’t be said for black nationalism, seen only as a movement led by anti-Semitic African-Americans who hate America.

Malcolm X, if alive today, would be considered a radical and presumably banned on social media for hating white people, specifically white Jews.

Facebook has banned a list of “dangerous” nationalists from its social media platforms, including Minister Louis Farrakhan, National Representative of The Honorable Elijah Muhammad and The Nation of Islam.

One can point out Farrakhan’s “satanic Jews” remark automatically labels him anti-Sematic, but others can say his remarks exclusively called out Jews who committed acts of evil while using their religion as a shield.

Farrakhan’s satanic Jews rant is intellectually no different than what Malcolm X’s beliefs when he said, “Zionist Israel’s occupation of Arab Palestine has forced the Arab world to waste billions of precious dollars on armaments, making it impossible for these newly independent Arab nations to concentrate on strengthening the economies of their countries and elevate the living standard of their people.”

Farrakhan would later clarify his statement, saying he wants to separate good Jews from Satanic Jews.