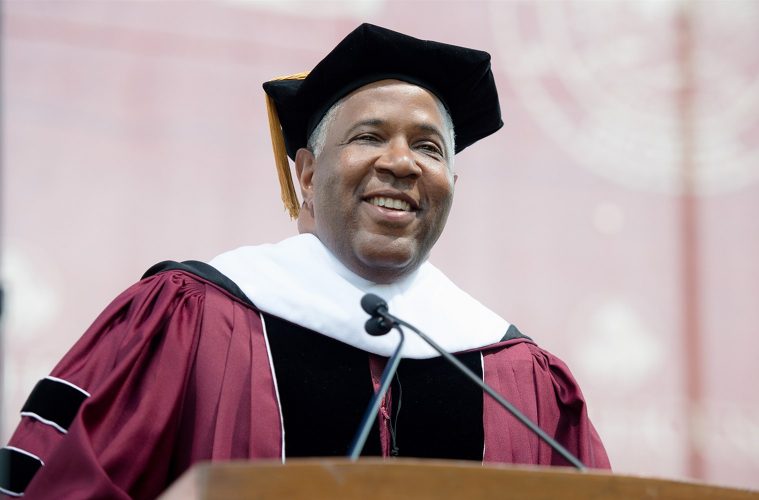 Robert F. Smith, a billionaire investor, surprised graduating students at Morehouse College when he pledged to pay off their student loans Sunday.

Smith was the commencement speaker at the all-male, historically black college before nearly 400 graduating seniors. He shared that his family was creating a grant to eliminate their student loans. It is reportedly worth $40 million.

“On behalf of the eight generations of my family who have been in this country, we’re going to put a little fuel in your bus,” he told the graduates.

“Now, I know my class will make sure they pay this forward,” he continued. “I want my class to look at these (alumni) — these beautiful Morehouse brothers — and let’s make sure every class has the same opportunity going forward because we are enough to take care of our own community. We are enough to ensure we have all the opportunities of the American dream.”

@RFS_Vista May have broken the Internet with his generosity and charge to pay it forward. https://t.co/6dsfw2kToi

Just so everyone’s clear: Robert’s gift is estimated at $40 million. It is the largest ever gift to @Morehouse and the single largest gift ever provided to eliminate student debt in the United States. With student debt disproportionately strangling Black people, this is major. https://t.co/qTUCFJKAQy

Smith founded the investment firm Vista Equity Partners and is the richest African American man in America. He is worth $5 billion according to Forbes. His generosity will go towards the students focusing on their futures rather than crippling debt. the Tuition and other expenses at the HBCU come to more than $48,000 a year. Those in attendance felt that Smith’s gesture of eliminating debt would plant the seeds of great things to come. 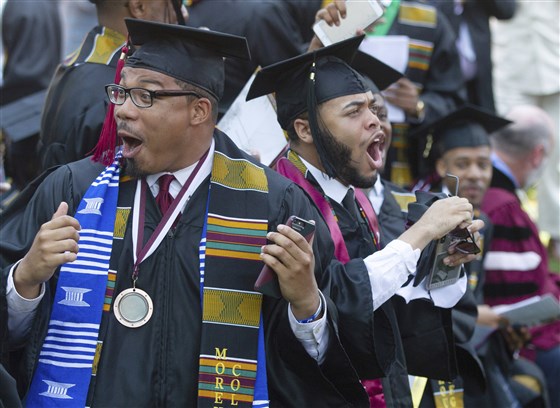 Graduates react after hearing billionaire technology investor and philanthropist Robert Smith say he will provide grants to wipe out the student debt of the entire 2019 graduating class at Morehouse College.- AP

“Just imagine the weight lifted off your shoulders when you have a clean slate coming out of college,” Dwytt Lewis said.

Lewis graduated with a degree in business administration from Morehouse. The 21-year-old, who used to be homeless, was ecstatic at his $15,000 debt being cleared.

“It’s just an overwhelming feeling, in a good way,” Lewis said. “I’m so motivated to go change the world.”

“When you have to service debt, the choices about what you can go do in the world are constrained,” Thomas. “(Smith’s gift) gives them the liberty to follow their dreams, their passions.”