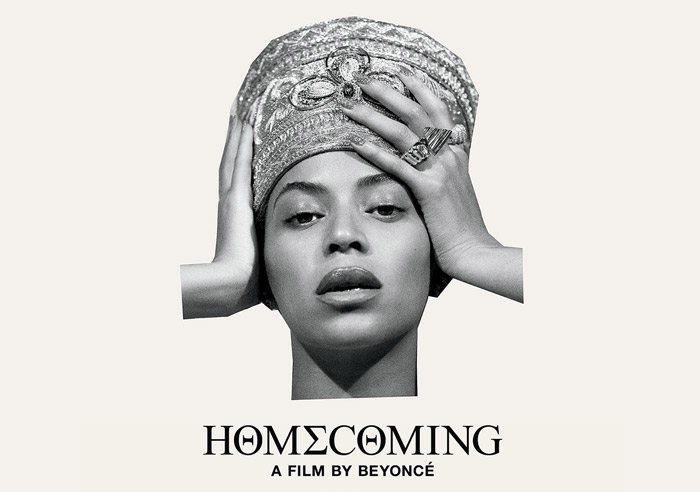 Beyoncé released a live album and documentary, “Homecoming” in the early hours of Wednesday.

It’s time for Homecoming. An experience unlike any other is now streaming. #BeyoncéHomecoming pic.twitter.com/UQgAzcWBRL

“Homecoming”, a concert film directed by Beyoncé, premiered on Netflix after much fanfare and offered a behind the scenes look into her historic appearance at Coachella. In 2018, the 37-year-old singer became the first Black woman to headline the annual music and arts festival held at the Empire Polo Club in Indio, California.

“It was important to me that everyone had who never seen themselves represented felt like they were on that stage with us. As a black woman, I used to feel like the world wanted me to stay in my little box. And black woman often feel underestimated. I wanted us to be proud of not only the show, but the process. Proud of the struggle,” she said.

The lauded performance, christened Beychella, was noted for its celebration of Black culture, in particular HBCu’s.  She spent time rehearsing at Texas Southern University, an HBCU in Houston. Although she never attended one, father was a Fisk alum. The “Single Ladies” singer wanted to bring that feeling to Coachella.

“Creating something that will live beyond me — that will make people feel open and like they’re watching magic, like they’re living in a time that’s super special, a day that they will never relive. That’s what I want,” she said.

She was originally meant to headline in 2017 but became pregnant with her twins, Rumi and Sir Carter. The Destiny’s Child alum said it was an unexpected surprise to learn she was expecting in late 2016.

“I was supposed to do Coachella the year prior but I got pregnant unexpectedly,” she recalled in Homecoming, as footage of her displaying her baby bump played. “And it ended up being twins which was even more of a surprise.”

Beyoncé wenton to explain the complications she suffered during her second pregnancy. She and huband Jay Z are parents to 7-year-old Blue Ivy and welcomed their twins in June 2017.

“In the womb, one of my babies’ hearts paused a few times so I had to get an emergency C-section,” she said.

Beyoncé weighed  218 lbs when she gave birth. The complicatinos from the birth made her question if she would return to the performer renowed around the world. She spent eight months preparing.

“And you know, a lot of the choreography is about feeling, so it’s not as technical, it’s your own personality that brings it to life. That’s hard when you don’t feel like yourself,” Beyoncé said. “I had to rebuild my body from cut muscles. It took me a while to feel confident enough to … give my own personality.”

“In the beginning, there were so many muscle spasms and just internally, my body was not connected. My mind was not there. My mind wanted to be with my children,” she continued. “What people don’t see is the sacrifice.”

The documentary showed Beyoncé very involved in the creative process. She explained that every detail had an intention.

“We did a lot of things that were very unconventional for a festival show,” she admits. “It takes a village and I think we all worked to our limit.”

“Homecoming” is now streaming on Netflix and the live album of the same name is available for purchase and on streaming platforms.