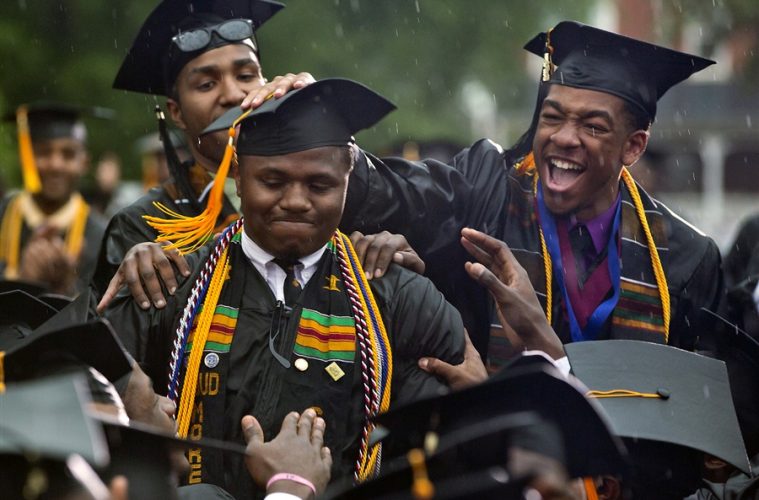 The Westboro Baptist Church, a designated hate group by the Southern Poverty Law Center, announced plans to protest at the graduation ceremonies at Spelman, Morehouse, and Clark University.

Westboro had made their intentions to disrupt the ceremonies at the historically black colleges and universities in a press release earlier this month. The Kansas-based group has protested the funerals of military personnel killed, services for children killed in the Sandy Hook Elementary School massacre, victims of the 2013 Boston Marathon bombing and those slain in the 2016 Pulse nightclub shooting in Orlando. Their approach has been to spread their anti homosexuality message.

The black colleges have been targeted due to their recent transgender policies which have been more accommodating to students who identify outside the traditional norms. Westboro bashed Spelman because it provided an inclusive environment for the LGBTQIAPD+ community. Westboro chided this policy because it was “more evidence does not seem necessary to demonstrate that this college is being grandly paid to produce perverts who aggressively strive to push others toward proud sin and down the path to hell. Repent!”

Westboro further condemned Morehouse for admitting transgender men to the all-male school. This policy was made in April by the HBCU.

“Morehouse, founded by Baptists, announced in April, 2019, that for 135 years only male students could enroll, but starting in 2020, females, who pretend that they are males, will be welcome. Check the neck! God’s moral law is immutable!”

The hate group personally blasted President-Dean of Gammon Theological Seminary of Reverend Dr. Ken Walden at Clark. He is set to deliver the prayer during the school’s coming graduation ceremony.

“No true or spiritually helpful guidance will be offered by this man, whose lengthy resume is given in demonstration that he is worldly, men-pleaser who has made a career of misconstruing, wresting and lying about Jesus Christ and His Word. Flee from whorish, lying pastors!” the group continued.

The targeted schools were working with law enforcements to ensure the safety of students and their staff.

“We have updated our community about the College’s security procedures and are collaborating with officials at the Georgia International Convention Center and law enforcement to be proactive in developing a plan that will allow our constituents to enjoy this celebratory time.” Spelman spokeswoman Joyce Davis said in a statement.

Spelman and Morehouse’s graduation ceremonies are scheduled for May 19 and Clark Atlanta May 20 .