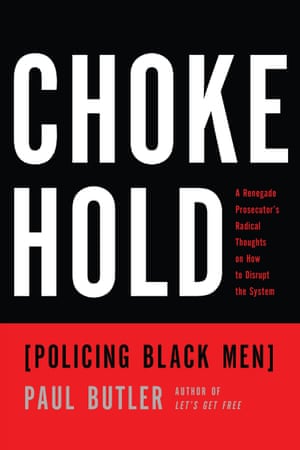 Officials in Arizona have banned the book “Chokehold: Policing Black Men” which is critical of the justice system and the ACLU has now waded into the controversy.

The American Civil Liberties Union sent a letter to the Arizona Department of Corrections Thursday and demanded they overturn the ban on “Chokehold”. The book, written by Paul Butler, uses the submission tactic as a metaphor for the history and practical implications of racial oppression within the U.S. criminal justice system. The former prosecutor provides a guideline for black men on how to evaluates tactics used in social movements to promote reform in the criminal justice system.

“I worked as a prosecutor. Then I was arrested. The experience made a man out of me. It made a black man out of me,” Butler told The Guardian when the book was published in 2017.

Recently, the ADC decided that it was not in the best interests of prisoners to read the material. They declared that “Chokehold” would be “detrimental to the safe, secure, and orderly operation” in its prisons.

The Arizona chapter of the ACLU is now demanding the book be reinstated. They cited it posed no risk to anyone’s welfare and that banning the book was a violation of First Amendment rights.

“The First Amendment protects both the rights of prisoners to access information and the rights of people in the outside world to communicate with people who are incarcerated,” the ACLU stated.

“Any attempt to restrict these rights must be reasonably related to achieving the prison’s legitimate goals, and the Supreme Court has prohibited restrictions that represent an “exaggerated response” by prison officials.”

The letter declared that prisoners were the very people who needed to have access to this material. Butler’s book specifically addressed their current situation.

“The very people who experience extreme racial disparity in incarceration cannot be prohibited from reading a book whose purpose is to examine and educate about that disparity,” the letter stated. “Improving understanding of policing, incarceration, and racial bias is especially critical given Arizona’s stark racial disparities and overall high rates of incarceration.”

Furthermore, in the request to have “Chokehold” reinstated, the ACLU emphasized that the book does not encourage violence. As such, it invalidates the reason for a ban to exist.

The ACLU also reinforced that prisons could not merely be punitiviet. There had to be an attempt to rehabilitate those behind bars.They described the banning as inhumane.

“ADC officials cannot deny prisoners access to a book simply because it is critical of prisons.”