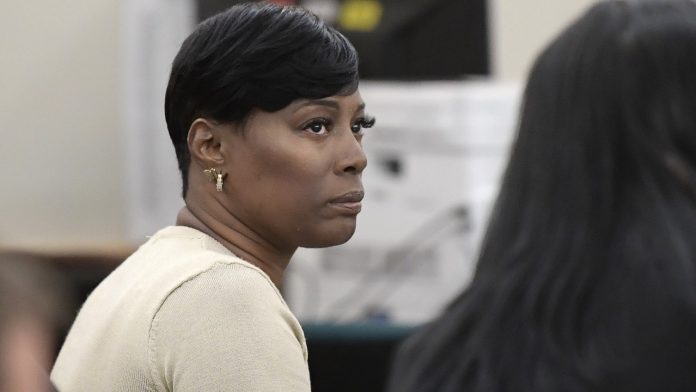 The American Civil Liberties Union and the Texas Civil Rights Project announced Friday they will help represent Crystal Mason who was sentenced to five years in prison for illegally voting.

Judge Ruben Gonzalez sentenced Mason to five years in prison last March for casting a provisional ballot during the 2016 election in Texas. Mason had been on probation since 2011 after pleading guilty to tax fraud and ordered to pay $4.2 million in restitution. Mason said she didn’t realize that voting was considered a felony. Texas does not allow those convicted to vote. Their privilege is only restored once they have finished their sentence, including any probation, parole and supervised release.

Mason’s sentencing drew national attention and rebuke. A petition was even started to secure her release. Dale Hu, the ACLU’s top voting rights lawyer, and attorneys from the Texas Civil Rights Project will now join Mason’s legal team that consists of Alison Grinter and Kim Cole.

BREAKING: We're going to court to fight for Crystal Mason.

The prosecution of Crystal Mason for the innocent mistake of casting a provisional ballot is a severe injustice. @aclutx, @ACLU & @TXCivilRights will vigorously defend Mason against these unwarranted charges. pic.twitter.com/YizHDZBh9F

“The prosecution of Crystal Mason for the innocent mistake of casting a provisional ballot that wasn’t even counted is a severe injustice,” said Andre Segura, legal director for the ACLU of Texas.

“Ms. Mason simply attempted to follow the law and participate in what she believed to be her civic duty, and in return has been sentenced to an outrageous length of time in prison.  The ACLU of Texas, the National ACLU Voting Rights Project, and the Texas Civil Rights Project will vigorously defend Ms. Mason against these unwarranted charges.”

Mason was pleased that her defense was now being championed by the two groups. She has been fighting her conviction on the basis that the statue used was vague, her ballot ultimately did not count and ineffective counsel.

“I am very excited to have the ACLU of Texas and the Texas Civil Rights Project joining me in my fight,” Crystal Mason said. “I am very grateful and I hope that justice will prevail here.”

“Crystal Mason, a mother of three who was trying to do her civic duty, is having her life upended for political points,” Stevens said.

“There are safeguards in place to ensure that only eligible votes are counted. Those safeguards worked exactly as they should — Ms. Mason’s provisional ballot was never counted.”

Gonzalez denied Mason’s bid for a new trial in June 2018 according to The New York Times. Mason was released from federal prison last week and is staying in a halfway house.

The Texas Court of Appeals is set to hear oral arguments in Mason’s case beginning June 4 in Fort Worth.