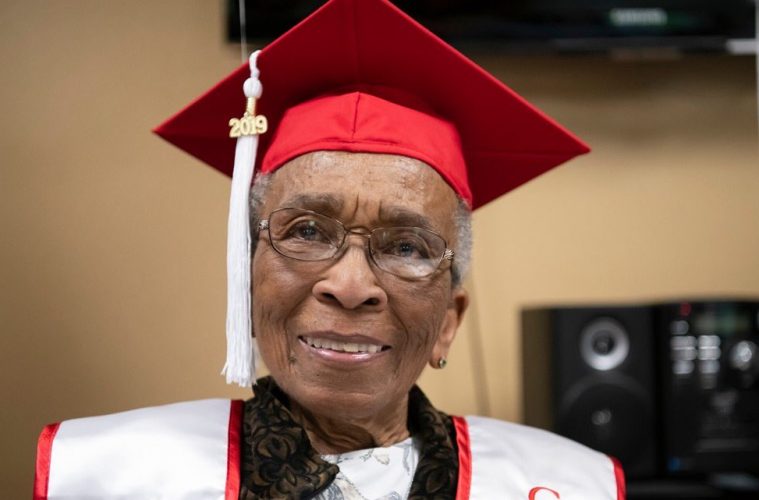 99-year-old WWII veteran Elizabeth Barker Johnson graduated Winston-Salem State University nearly 70 years ago but it was only recently that she was able to walk across the stage to accept her degree in person during a commencement ceremony.

Johnson graduated Winston-Salem State University in August 1949 but was unable to attend the ceremony because she was working as a teacher at the time. She was unable to find a replacement to cover her class and instead got her degree in the mail. On Friday, she received an honorary degree in special education. It was a surprise for her 99th birthday.

WATCH: 99-year-old WWII veteran Elizabeth Barker Johnson, who graduated Winston-Salem State University 70 years ago, walks across the stage to accept her degree in person during a commencement ceremony.

70 years after earning her education degree, 99-year-old World War II veteran Elizabeth Barker Johnson was finally able to walk across the stage in her cap and gown at Winston-Salem State University. @mollymhunter shares her story. pic.twitter.com/KBNGP72GRO

“I was excited. I can’t explain how excited I really was,” Johnson told WXII 12 News about being invited to walk at WSSU’s 2019 commencement. 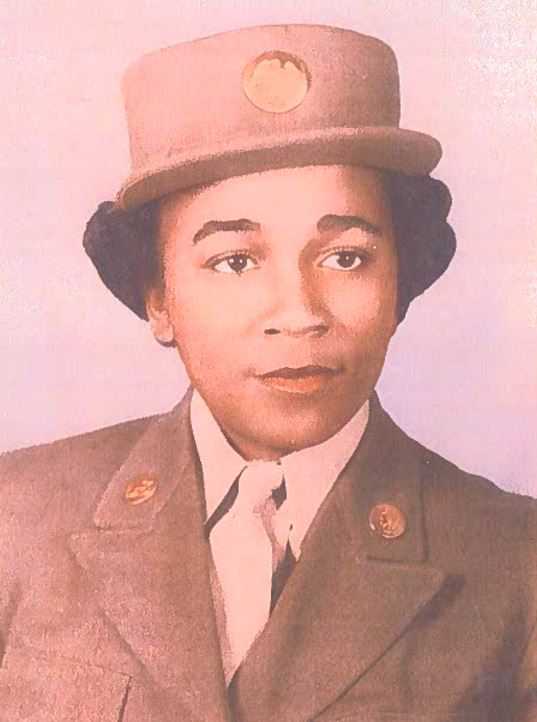 Johnson was a Private First Class in the U.S. Army during World War II as a member of the 6888th Regiment. It was the only all-female, all-African American regiment that was stationed overseas during the war. During her time in the armed forces, she was stationed in Kentucky, England and France driving trucks. She also worked at a military post office overseas.

After her service, she enrolled in Winston-Salem State University. She followed her passion for teaching afterwards.

“I felt like teaching school, I could reach more people who would listen to me than if I tried to choose a job among adults,” she said.

Cynthia Scott, Johnson’s daughter, said she was overwhelmed with emotion watching her mother walk across the stage.

“I think the thing for me, if not for her, is to turn that tassel to say, ‘I finally did it. I’ve done it. I’m turning this tassel. I have done it,” Scott said.

Johnson received a standing ovation when she accepted her degree, adorned in red robe.

“It’s special, it’s extra special,” Johnson said after the ceremony. “One time I said I’m not even human. This is not me receiving this. At this age? But I mean I feel good about it. Really, really good.”