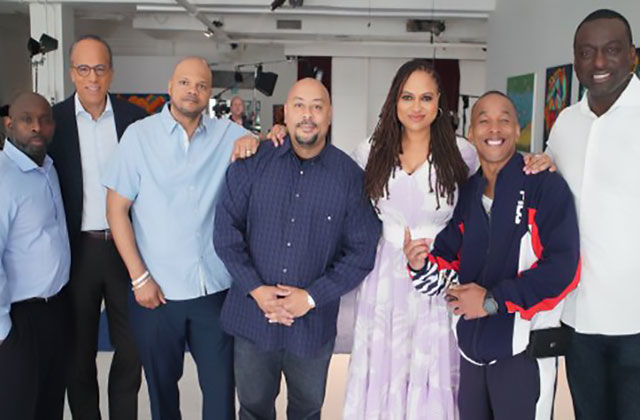 The Central Park Five reflected on their wrongful conviction of assaulting and raping a woman in New York’s Central Park ahead of the Netflix series “When They See Us” documenting the 1989 incident.

“Conviction Overturned” under each man’s name. “Justice for All” across the screen. This is a beautiful piece. Thanks to @LesterHoltNBC and team for really seeing these men and giving them the coverage they’ve long deserved. #WhenTheySeeUs https://t.co/rxZvouTUat

Yusef Salaam, Antron McCray, Kevin Richardson, Korey Wise, and Raymond Santana were arrested by the police and charged with the crime. They were between the ages 14 to 16 years old at the time and dubbed the Central Park 5. The teenagers, Black and Latino were vilified for the assault against the white woman and Donald Trump even took out a full-page ad demanding the return of the death penalty in May 1989.

They ultimately spent between six to 13 years in prison for crimes they didn’t commit. DNA testing did not link any of the boys to the assault.

“The time that we lost, we can’t get that back,” Richardson told NBC’s Lester Holt in an interview along with the group that aired Monday. “We lost our youth, our youthful years.”

Korey Wise, who was 16 at the time, said he was beaten before giving a false confession.   He was the only one convicted as an adult and served time in an adult prison.

“They beat Korey up as soon as we got into the precinct,” Yusef Salaam said. ”He wasn’t even on the list of suspects. They separated us. I’m hearing him getting beat up in the next room. They’re coming into the room that I’m in and telling me that I’m next. I mean, this was beyond a horror story.”

Their ordeal has now been brought back to the headlines through the lens of director Ava DuVernay. The upcoming Netflix series “When They See Us,” is a four-episode drama which was directed and co-written DuVernay that will examine the trial, release and how they have tried to move on with their lives.

“I think folks may think this is just about the story of the five boys. But these boys became men and then had to carry the weight of the verdict, of their sentence on their back when they get out,” DuVernay said. “The story of formerly incarcerated people in this country is one that’s little told. It’s not told enough.”

In 2002, Matias Reyes confessed to the vicious Central Park sexual assault. He’d been imprisoned since 1991 for murder and other sexual assaults. DNA from the crime scene confirmed his guilt. Their convictions were overturned.

Nonetheless, Linda Fairstein, who led the Manhattan District Attorney’s Office’s sex crimes unit in 1989, has continued to insist there was no coercion for the confessions.

“I have pure hatred for the people that, you know, put us away for something we didn’t do. Pure hatred,” McCray said. “I can’t let it go and I won’t. I even promised my mother, cause my mother, she passed away, but she asked me to just to get that hatred outta my heart, to move on with my life. But I can’t.”

In 2014, a settlement of  $41 million was reached by the city and all five men. However, that has not healed all their scars.

“You realize that seeing a series like this paints the picture of what it is like to be a person of color in America. And we, for what we went through and what it represents for the rest of the world is tremendous,” Salaam said.

“When They See Us” is set to premiere May 31 on Netflix.