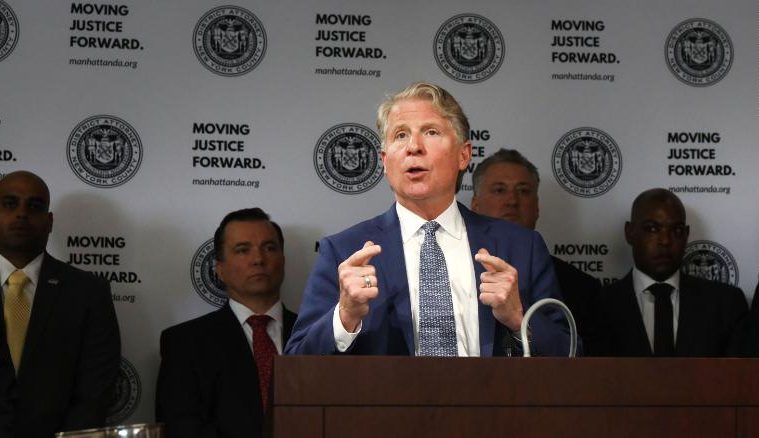 Manhattan District Attorney Cyrus Vance has declined to review cases that were handled by New York Central Park prosecutors and will not fire Elizabeth Lederer.

New York City Public Advocate Jumaane Williams asked that Vance look over the New York central park case handled by former Chief of the Manhattan DA’s Sex Crimes Unit Linda Fairsrein and Lederer. Both have come under renewed scrutiny over their roles in the Central Park Five prosecution. The Neighborhood Defender Service of Harlem, the Legal Aid Society and the New York County Defender Services were also copied in the exchange to Vance.

“It is even more clear today than it was before that former Assistant District Attorney Linda Fairstein…engaged in immoral, unethical, and illegal conduct. It is crucial that we now re-examine and investigate all of her past cases, particularly those where were no DNA evidence was found. I suspect we will find more victims in her wake,” Williams wrote.

In a response Friday, Vance stated that he would not reopen any cases during the 26 year time period. He would also not fire Lederer who is still a city prosecutor.

“I do not intend to take either action at this time. Instead, I seek your help in publicizing to New Yorkers the availability of my Office’s Conviction Integrity Program process,” Vance wrote.

“What happened to these five young men was a profound injustice,” Vance wrote. “I strongly encourage anyone who would like to make a claim of innocence to contact us. As we have done since 2010, we will review every claim without fear or favor.”

Korey Wise, Antron McCray, Kevin Richardson, Yusef Salaam, and Raymond Santana were wrongfully convicted as teenagers for the 1989 assault and rape of a jogger, Trisha Meili, in New York’s Central Park. They have alleged that they were beaten, coerced and denied civil liberties in order to confess.

Matias Reyes confessed to committing the crime and the boys, now men, were exonerated in 2002. DNA further confirmed their innocence and the city awarded them a $41 million settlement. Williams was upset that Vance was not willing to potentially exonerate others who may be innocent.

“Justice delayed is justice denied, but here, Cy Vance is even denying justice has been delayed. It shouldn’t take another 30 years for us to find out why DA Vance refuses to correct these injustices of the past,” Williams tweeted Monday.

Justice delayed is justice denied, but here, Cy Vance is even denying justice has been delayed.

It shouldn’t take another 30 years for us to find out why DA Vance refuses to correct these injustices of the past.