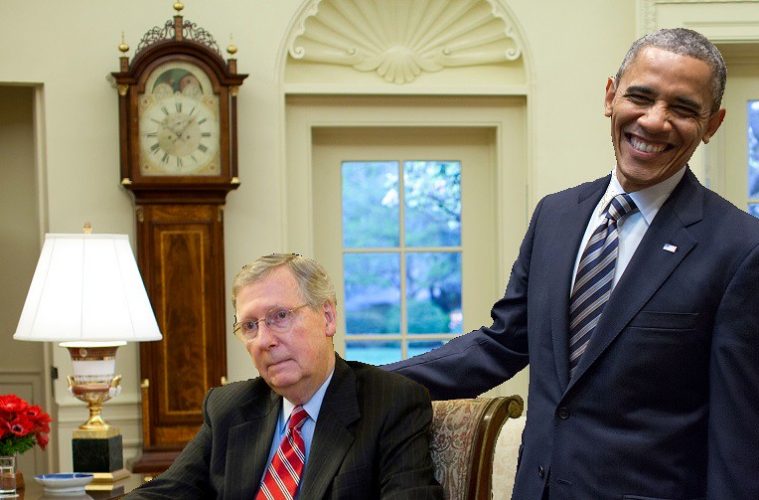 McConnell: Blacks Got Obama … So No Need For Reparations

On Tuesday, McConnell thinks descendants of African-American slaves don’t need reparation because of Obama. Having Obama as a former president is enough to undo years of institutionalized racism.

McConnell also thinks Black reparation is hard to figure out because he wouldn’t know who to compensate.

In addition, the Republican leader justifies his statement by saying a civil war should suffice Blacks.

McConnell’s Lame Excuse And What It Says About Him

“I don’t think reparations for something that happened 150 years ago when none of us currently living are responsible is a good idea,” McConnell said. “We’ve tried to deal with our original sin of slavery by fighting a civil war, by passing landmark civil rights legislation. We’ve elected an African American president.” 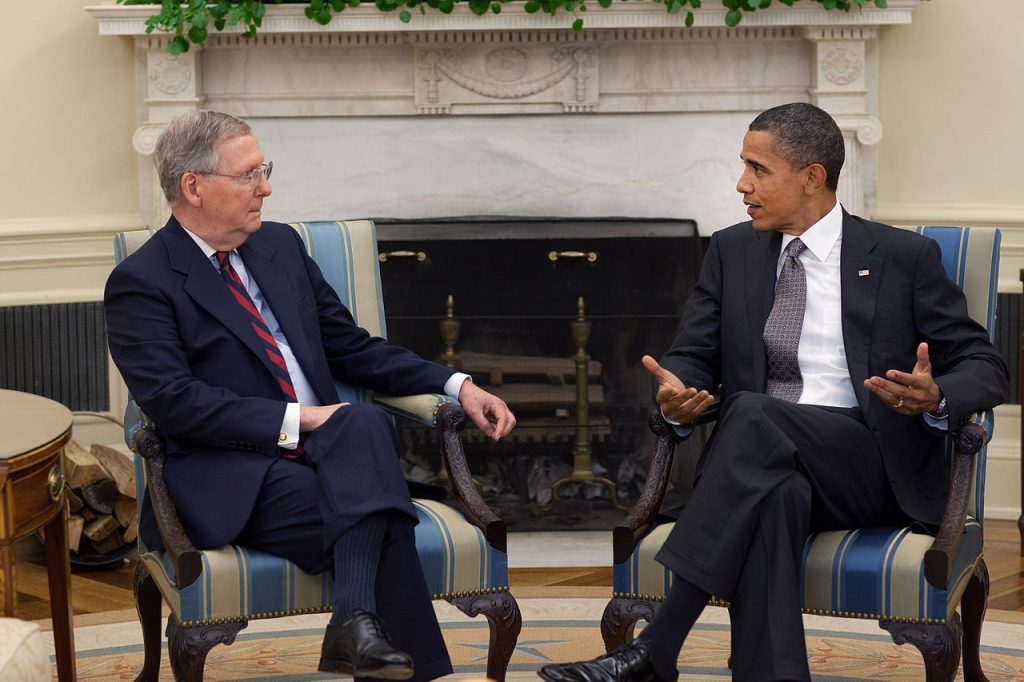 Probably one of Obama’s greatest antagonists while in office has to be McConnell. The Kentucky senator is reputable for foiling Obama’s plans, including Obamacare, use of filibustering and blocking judicial nominees.

But in this instance, McConnell’s false equivalency might’ve exposed a deeper understanding of his imagination.

McConnell wants Blacks to know he stopped Obama, which he considers an alternative for compensating for slavery.

In a 2013 case of Shelby County v. Holder, a Supreme Court decision invalidated a key section of the Voting Rights Act that had some states with a history of discrimination to have new voting laws approved before those laws took effect.

Without some laws being approved, the ruling has placed restrictions on certain Blacks who can’t vote like most White people.

Black Reparations Will Be Reviewed

House Judiciary Committee is scheduled for a hearing on reparations with journalist Ta-Nehisi Coates. Coates is the author of  The Atlantic essay, “The Case for Reparations.”

The essay is a collection of short stories: the taking of land, blacks not receiving home mortgages between the 1930s and 1960s, and the normalizing of “color blindness” towards poverty.

Coates will be accompanied by actor and singer Danny Glover, and both men are going to testify for Black reparations.

The Atlantic Slave Trade was a violation to exclusive to not only blacks, but to humanity, and the U.S. should pay for it because it is causing problems in Black culture today.

The feeling is mutual among United Nations officials who agree on Black reparations.

In 2016, A United Nations group has established a council, the “Working Group of Experts on People of African Descent.”

They sought information from 14 years ago from families affected by police brutality in various states.

“Contemporary police killings and the trauma it creates are reminiscent of the racial terror lynching in the past,” a French member of the working group of U.N. experts, Mireille Fanon-Mendes-France.

Senators Kamala Harris (D-CA) and Senator Cory Booker (D-NJ) are 2020 presidential candidates of color who have an interest in reparations. However, fellow white candidates like Bernie Sanders (I-VT) and Beto O’Rourke (D-TX) would sign a bill for reparation.