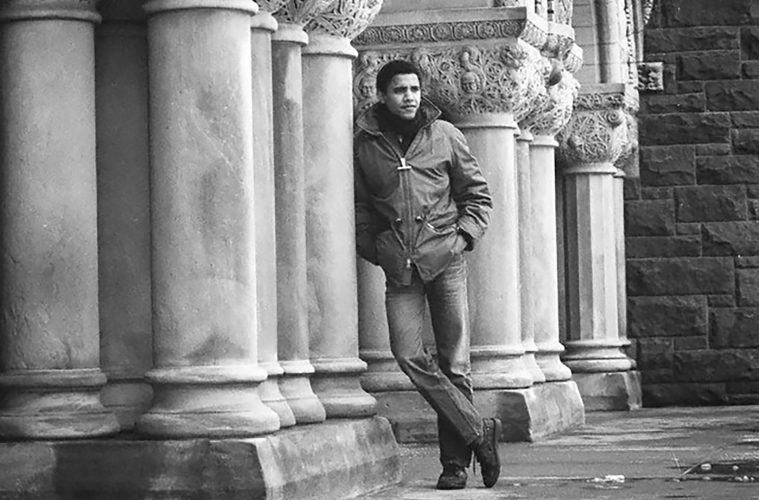 Donald Trump pops up a lot in books from the 1980s and 1990s. At that time, he was a popular symbol for American success. Nowadays, of course, Trump is a far more polarizing figure. Apparently, Barack Obama once associated the current U.S. president with success as well. In 1991, Obama, a 29-year-old soon-to-be Harvard Law School grad, wrote a paper with a friend, Robert Fisher, called “Race and Rights Rhetoric.” Obama summed up the average American’s mindset with the following sentence: “I may not be Donald Trump now, but just you wait; if I don’t make it, my children will.”

This quote came to light following the publishing of Rising Star: The Making of Barack Obama, a new 1,460-page biography of the former U.S. president by David J. Garrow. That law paper was previously unpublished.

“[Americans have] a continuing normative commitment to the ideals of individual freedom and mobility, values that extend far beyond the issue of race in the American mind. The depth of this commitment may be summarily dismissed as the unfounded optimism of the average American—I may not be Donald Trump now, but just you wait; if I don’t make it, my children will.”

In case you’re thinking of checking out the biography, it has gotten mixed reviews. The New York Times called it “a bloated, tedious and…ill-considered book that is in desperate need of editing, and way more exhausting than exhaustive.” It’s not fair to dismiss a book based on one poor review, though. The book also includes some never-before-seen (or at least rarely ever shared) insights, like Obama’s aforementioned thoughts on Trump and details on his very serious relationship with Sheila Miyoshi Jager, to whom he proposed marriage before he married Michelle. There’s still a lot for most Americans to learn about Obama’s early years, and this book goes deep into exploring them.