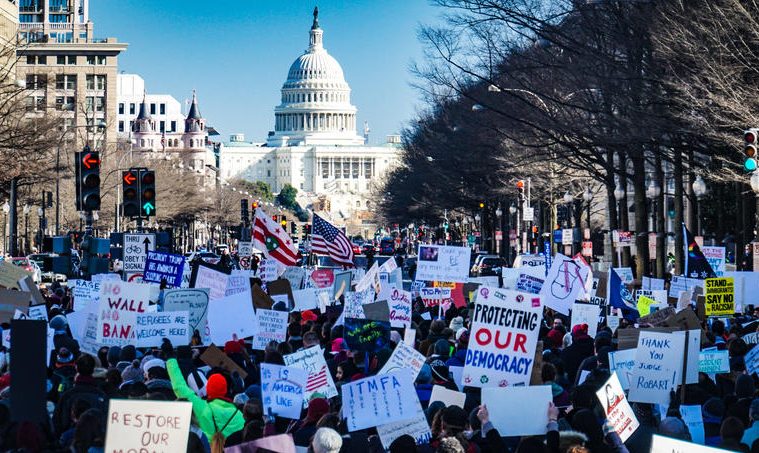 While many Black Americans were proud to cast their vote for Vice President Joe Biden in primaries, fondly remembering him as the Vice president to  President Obama’s Administration, there were many who felt he was not progressive enough and had not been meeting the demands of this crucial moment we are living in. But fast forward to a strong boost for Biden from Democratic voters in the early spring of this year, he emerged as the presidential nominee for the democratic party. Whilst many in the Black community were happy with Biden and believed him to be informed on the issues that impacted the Black community. His nomination sparked a rousing sigh of disappointment from progressive voters, citing Vice President Joe Biden’s involvement in the 1994 Crime Bill and his lack of support for issues such as Medicare for All and cancelling student debt.

This lack of enthusiasm for both candidates on the ballot has sparked a “lesser of two evils” conversation and has many considering whether it is worth even voting at all. While it is certainly true that a country’s citizens should never have to choose between two “evils” while electing the head of state, when dealing with a dangerous fascist such as Donald Trump, it is important to make a choice.  We’ve highlighted some of their key policy differences.

Here is where both candidates stand on four key issues:

Trump: In the final presidential debate, President Trump said that he would “consider” raising the federal minimum wage to $15, although he would much rather prefer to let states declare minimum wage on their own.

Biden: Vice President Biden has committed to not only raising the federal minimum wage to $15, but to also “indexing the minimum wage to the median hourly wage so that low-wage workers’ wages keep up with those of middle-income workers.”

Trump: It is no secret that Trump has wanted to repeal the Affordable Care Act, even pledging to repeal it on “day one” of his presidency. Although that didn’t happen, he has repeatedly taken steps to undermine the Affordable Care Act, going as far as to file a lawsuit with the United States Supreme Court asking that it be overturned. With the passing of Justice Ruth Bader Ginsburg and the confirmation of Amy Coney Barett, the reality of the ACA being struck down has become all the more possible and will leave millions of Americans without healthcare. All the while, Trump still has not revealed a comprehensive plan which will replace the Affordable Care Act.

Biden: In 2010, Biden worked alongside President Obama to pass the Affordable Care Act. In the wake of the Trump administration’s attacks on this healthcare plan, Biden has pledged to protect and build upon the ACA if elected. Although he does not support a more progressive Medicaid for All bill, he supports providing “the choice to purchase a public health insurance option like Medicare,” and expanding coverage to low-income Americans by “offering premium-free access to the public option for those 4.9 million individuals who would be eligible for Medicaid but for their state’s inaction.”

The best party is when Keighley comes in at the end and hands Leslie a big bound bunch of random papers, and calls it Trump’s healthcare plan, forcing @60Minutes to debunk that on air. https://t.co/EIEkbyzDNR

Trump: The Trump administration’s website for his reelection makes no mention of criminal justice reform, but instead has a dedicated section to “defend our police.” Promises include to “Fully Fund and Hire More Police and Law Enforcement Officers,” “Bring Violent Extremist Groups Like ANTIFA to Justice,” and “End Cashless Bail and Keep Dangerous Criminals Locked Up until Trial.”

Biden: While similarly, Biden wants to provide police officers across the country with more funding, he also has committed to decriminalizing the use of cannabis and automatically expunging all prior cannabis use convictions, ending all incarceration for drug use and opting for drug courts and treatment instead, and in a stark contrast to Trump, ending cash bail.

Trump: Trump has not played coy on his immigration stance since assuming the presidency. He has made several executive actions concerning immigration, some beginning just mere days after his inauguration. Among these were his infamous aim to “build the wall,” implementing a travel ban affecting a number of Islamic countries, phasing out the DACA program, and separating families at the border. Trump further states in his second-term agenda that his immigration policies in the future aim to “Block Illegal Immigrants from Becoming Eligible for Taxpayer-Funded Welfare, Healthcare, and Free College Tuition,” “End Sanctuary Cities to Restore our Neighborhoods and Protect our Families, “ and “Prohibit American Companies from Replacing United States Citizens with Lower-Cost Foreign Workers.”

Biden: In stark contrast to the Trump administration’s take on immigration, Biden pledges to “take urgent action to undo Trump’s damage” within his first 100 days in office. Among these aspirations are immediately reversing Trump’s policies of separating families at the border, ending Trump’s asylum policies that restrict access to those seeking refuge in the United States, reinstating the DACA program, and ending the travel ban.

Though neither candidate may seem satisfactory or eager to take the proper steps necessary to improve as a country, there is a right answer. In four years, Donald Trump has separated hundreds of families for an entire lifetime, he has empowered and encouraged white supremacists, and subsequently incited violence across the country; he has abused his power, he has obstructed Congress, and he has continuously lied to the American people. But his most egregious crime comes in what many hope is the final act of his presidency – he has cost a staggering 228,00 Americans their lives

Because your life depends on it.