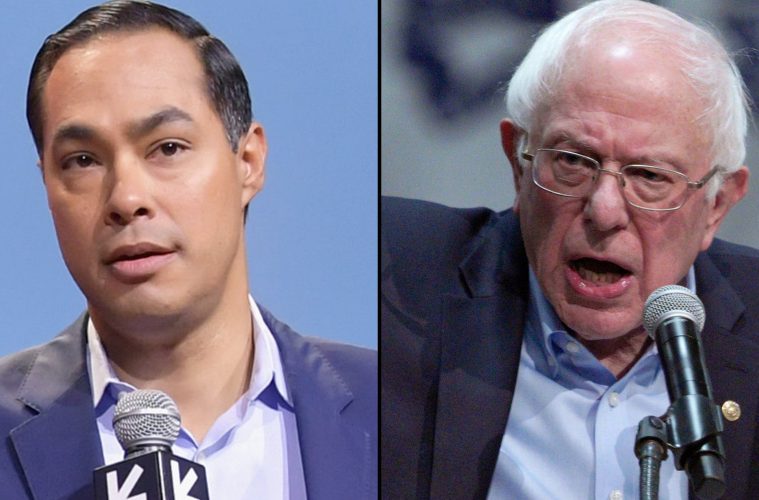 Democratic Presidential candidate Julián Castro criticized Bernie Sanders, a rival for the 2020 n, over his dismissal of reparations for African Americans.

Castro appeared on CNN’s “State of the Union” Sunday and challenged the senator from Vermont for his response to questions regarding reparations for descendants of slavery. Sanders is against funds being allocated through a check, tax credits, subsidized education costs or other means.

Castro, former Housing and Urban Development secretary and San Antonio mayor, noted that Sanders has built much of his following by introducing big ticket policy items that would require substantial funds. However, when it came to the issue of reparations, he was not inclined to be as progressive.

“And so, if the issue is compensating the descendants of slaves, I don’t think the argument about writing a big check ought to be the argument that you make, if you’re making an argument that a big check needs to be written for a whole bunch of other stuff,” Castro said. “So, if, under the Constitution, we compensate people because we take their property, why wouldn’t you compensate people who actually were property?”

Sanders was a guest on “The View” earlier this month and repeated his opposition to the idea of reparations when the conversation was brought up.

“I think that right now, our job is to address the crises facing the American people and our communities, and I think there are better ways to do that than just writing out a check.”

Sanders also made similar comments during a CNN in March and on an appearance on the syndicated radio talk show, “The Breakfast Club”. Sanders has not yet responded to the comments made by Castro.