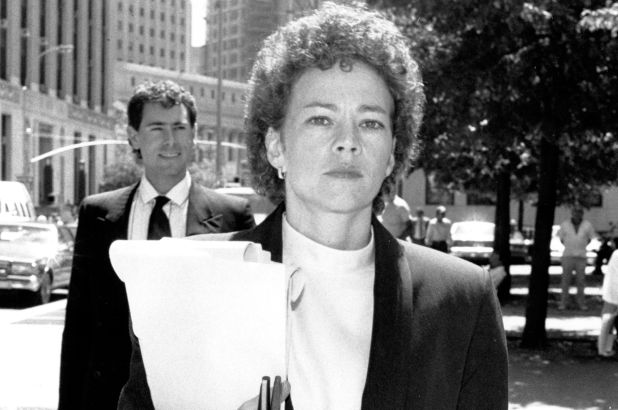 Elizabeth Lederer, who still works for the Manhattan district attorney’s office, told law school Dean Gillian Lester that she would not seek reappointment.

“I’ve enjoyed my years teaching at CLS, and the opportunity it has given me to interact with the many fine students who elected to take my classes,” Lederer said in a statement. “However, given the nature of the recent publicity generated by the Netflix portrayal of the Central Park case, it is best for me not to renew my teaching application.”

Lester said that was a learning moment for the school.

“The mini-series has reignited a painful—and vital—national conversation about race, identity, and criminal justice. I am deeply committed to fostering a learning environment that furthers this important and ongoing dialogue, one that draws upon the lived experiences of all members of our community and actively confronts the most difficult issues of our time,” Lester said.

The Columbia Black Law Student’s Association demanded  Columbia to fire Lederer and created a petition to force her out. An attempt to remove her in 2013 was unsuccessful.

Also call on the law school to center anti-racism in its curriculum and pedagogy pic.twitter.com/U8By81KWBB

Students of color had long been upset her role in prosecuting the five Black and Brown boys in 1989 for raping and assaulting a jogger in New York’s Central Park. Antron McCray, Kevin Richardson, Yusef Salaam, Raymond Santana and Korey Wise, aged 14 and 16 at the time, became known as the Central Park 5.

The Netflix mini series “When They See Us” has shed renewed interest and controversy in the nearly 30-year-old case. Lederer is depicted as knowing there was not sufficient evidence against the minors who were exonerated in 2002.

“While these five innocent teenagers were disgraced by the media and the American public, stripped of their most basic rights and freedoms, and robbed of their childhoods, the women who were directly involved in their persecution were praised, awarded, and even employed by an institution located right in Harlem’s backyard, which many of these boys and their families called home,” the organization said in its petition, which received nearly 10,000 signatures.

Lederer is just the latest figure to suffer the backlash that’s been generated since the Ava DuVernay directed doc premiered May 31 on Netflix. Linda Fairstein was criticized for how she led the Manhattan sex crimes unit at the time. Since the airing of “When They See Us”, the now author has been dropped by her publisher and resigned from various charities. Fairstein has continued to insist she did nothing wrong.