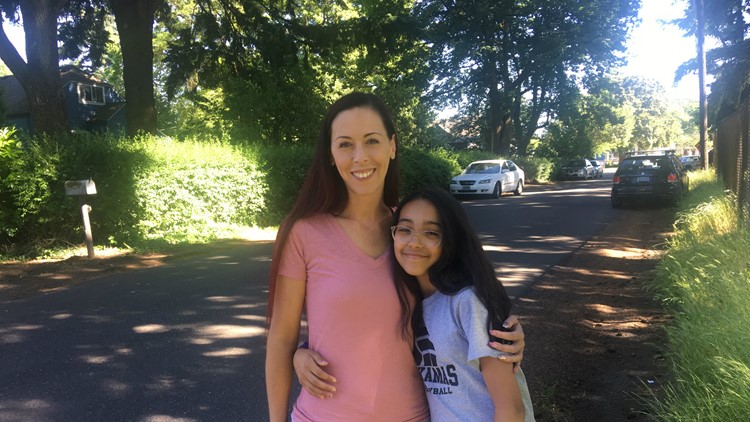 A school teacher in Oregon has been fired after allegedly telling an 11-year-old biracial  student that she was “lucky I’m not making you pick cotton.”

Jasmyn Spencer, an 11 year-old elementary student at  Linwood Elementary School in Milwaukie was joking around with a friend on June 3. It was then that the now-former employee, which was a teacher in Oregon made the racial remark, directed mostly to the children of color.

“The teacher was like, you’re lucky I’m not making you pick cotton and clean my house and stuff like that,” Jasmyn told KGW8. “It made me feel really sad and targeted.”

Syreeta Spencer, Jasmyn’s mother who is white, was understandably upset.

Spencer demanded swift action be taken against the employee and brought her concerns to the acting principal Rosina Hardy. Spencer felt that the words and actions went beyond disciplining the children.

“If she were to curse at the kids or yell at them, that’s forgivable and we can work past that,” Spencer said. “To say something about picking cotton and cleaning and painting houses, that’s deeper than that and it’s not something that just slips out.”

North Clackamas School District and Linwood Elementary School acknowledged the incident that took place on Friday. The school sent a letter home to parents in which they expressed regret. On Tuesday, it was shared that the employee who monitored lunch and recess, was fired. A letter from Hardy  informed parents of the decision.

“We know and understand that the impact of words spoken can be hurtful for our students and that was the case in this situation. I deeply regret this impact and will continue to work with our students and school community to make sure they are heard and feel supported,” the statement read in part.

“Our school and the school district are committed to an inclusive environment that honors each student’s identity and provides safety, respect, and care in each of our spaces.”