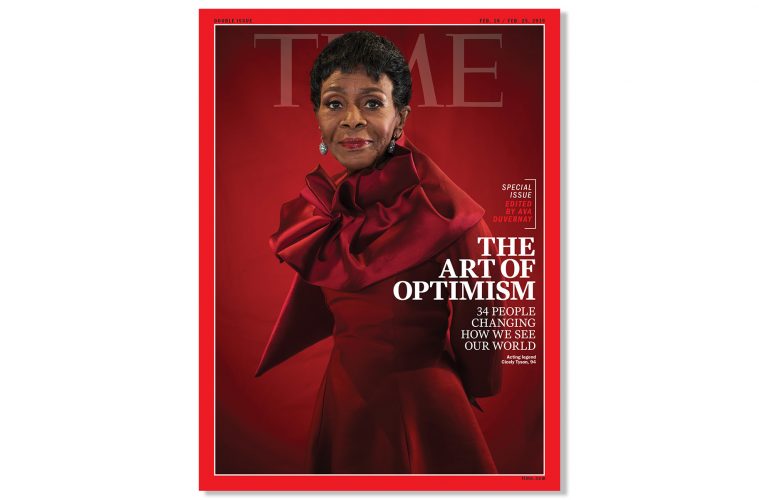 94-Year-Old Legend Cicely Tyson Has No Plans To Retire

Cicely Tyson graces one of the covers for TIME Magazine’s new special issue “The Art of Optimism” and makes clear that she has no intention of retiring.

The issue, which went on sale Friday, has acclaimed “Selma” director Ava DuVernay as the guest editor. It is the second project devoted to the topic of optimism.

“When I was invited to guest-edit this issue, TIME’s second special issue devoted to optimism, it was on a particularly dreary day,” DuVernay wrote. “The national headlines were what we’ve come to expect: bigotry, poverty, injustice, trauma, trouble.”

Tyson said that she kept hers through perseverance.

“If I were not optimistic, I wouldn’t be here. Truly. Look at the state of the world today. You better be optimistic. You really do have to have faith and belief and understanding in order to survive,” Tyson said.

“And know that you will not be defeated if you really think positive, about yourself and the life you’ve chosen to live.”

At 94 years-old, Tyson is enjoying a career resurgence. She accepted an honorary Oscar in November 2018  at the Governors Awards in November 2018 and is slated to reprise her role as Harkness on “How to Get Away With Murder” as the mother of Viola Davis’ character. The star has been in such celebrated movies as “The Autobiography of Miss Jane Pittman”, Oscar-nominated “Sounder” and recipient of the Presidential Medal of Freedom which was given to her by President Barack Obama in 2016. Tyson said she still had much to offer and couldn’t just stop because it would mean the end.

“And do what? The reason why I have been in this universe as long as I have been is because he’s not ready for me. When I’ve completed my job, he’ll take me away. I know several people who have retired and then six months later, they’re gone,” Tyson said.

Tyson tweeted the “A Wrinkle In Time” director Saturday and thanked her for making it possible that she was on the cover.

“.@ava I have been asked multiple times what it feels like to be on the cover of @TIME? My humblest answer is, had u not been guest editor, I would probably never know.  For that I am truly grateful and thankful that God put u in my life. I hope the cover inspires many more. #love,” Tyson wrote.

DuVernay responded with similar affection, referring to Tyson as “her majesty”.

“It was my true honor, Your Majesty,” DuVernay tweeted.