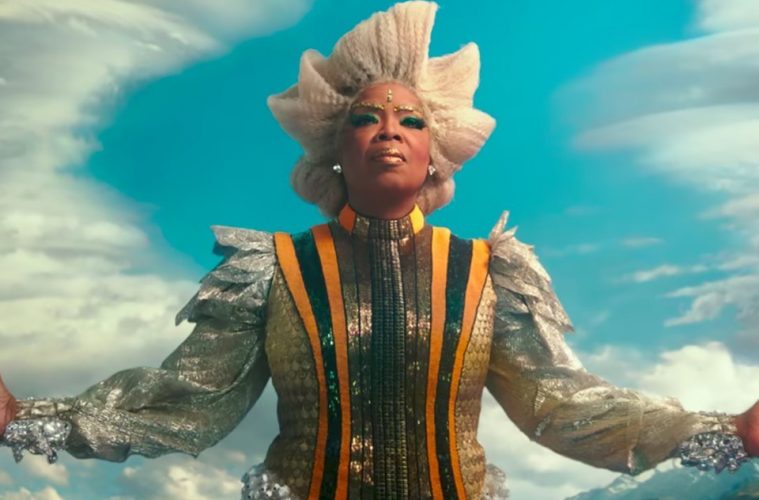 The Power of the Mind in “A Wrinkle in Time”

The Disney movie adaption of the 1962 novel, “A Wrinkle in Time” directed by Ava DuVernay explores the unknown and wonders of the world as it takes viewers on the emotional, fantastic journey of the main character Meg played by the breakout star, Storm Reid.

We are met with Meg who is a quirky young teenager and the victim of bullying all the while struggling to cope with her father’s disappearance four years prior. He went missing in the wake of his pursuit to travel through time with his mind. She and the two supporting characters, younger brother Charles Wallace and friend Calvin eventually embark on a voyage to find her father with the assistance of three female warriors “who save the good and light in the universe” played by Oprah Winfrey, Mindy Kaling, and Reese Witherspoon.

One of the main messages that are reinforced throughout the film is the power to will your way to a destination. To get from place to place they had to “tesser” which is the fictional term for mind traveling. At first, they were assisted with this by the guardians, but Meg seemed always to endure pain during the process while everyone else’s journey was smooth. The cause Oprah’s character, “Ms. Witch” reveals to her is because she is essentially not secure within herself.

There comes a point where the protagonist has to come to a head with the villain, “The it,”who is an evil energy on Camazotz, the “planet of many faces, but one mind.” It attempts to sway her from her path by revealing to her what she could be if she agrees to join forces to “spread the darkness.”

The sight of this alter-ego, who sports straight flowing hair and a fitted top and miniskirt, appeals to her subconscious desire to fit in and be someone else but she makes the ultimate decision to not succumb to the pressure. This parallels life decisions that may arise in which it is tempting to take a particular path rather than reject the status quo.

It is clear that the film takes a soft approach on the action side of things being that the targeted audience is children. There are some cheesy moments, yes, and the plot does take odd unexpected turns. However, as far as the visuals, the cinematography is flawless. The use of vibrant colors and artistic features added appeal that kept the narrative engaging.

Despite the lackluster reception and earning just 42 percent from Rotten Tomatoes, it is hard to just pass off “A Wrinkle in Time” as a bad film altogether because it promotes many definite, essential ideas necessary for impressionable youth and chief among them is self-empowerment.