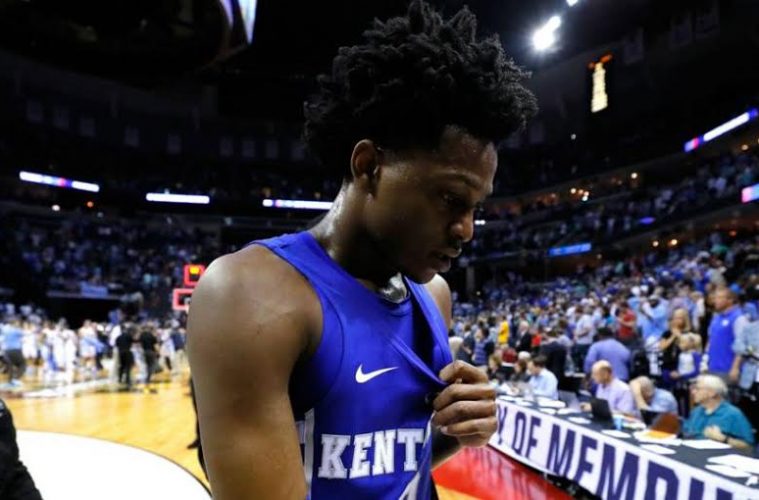 Lest We Forget While Enjoying March Madness: the NCAA Sees Players as Inmates

The age of credulousness has taken another victim; this time it’s the NCAA. As every glove in American disposition has come off, organizations that once seemed impenetrable and unwaveringly pragmatic are showing the worst sides of their humanity. It’s no secret that the stimulus for the NCAAs success is predicated on free labor, but it wasn’t until 2018 that they demonstrated just how little respect the organization had for student athletes.

The day of reckoning was December 28th, 2017, when the NCAA’s response to a lawsuit filed by a retired college athlete was submitted to court. Lawrence Livers, like a litany of ex and current NCAA participants, argued that scholarship benefits were not adequate compensation for athletes in what has become a billion dollar industry.  While the NCAA has been steadfast in this notion of nonpayment, public favor has growingly sided with the players over recent years.

In their response to the lawsuit, made public knowledge just this week, the NCAA submitted the case of Vanskike v. Peters as their legal foundation for never paying players now or in the future. The problem with that being, Vanskike v. Peters justifies non-payment of athletes under the 13th amendment, which strictly applies to the stripped rights of prison laborers. This is not the first time the NCAA has used this case in litigation, but it is the first time the documents from the motion we’re available for public consumption.

For those unfamiliar with the context of the 13th amendment, it was the first onset of de facto slavery instituted within the Bill of Rights. While it was no longer legal to enslave people solely due to the color of their skin after the Civil War, criminals forfeit their rights as US citizens. Vagrancy laws were then implemented in order to capture newly freed slaves and return them to plantations as indentured servants. While the law certainly applied to Daniel Lee Vanskike, an inmate of the state of Indiana in the early 1990s, its integration into the conversation of college athletes in 2018 has fueled already frenetic flames.

While the glamorous lifestyle of the student athlete has been greatly hyperbolized and justifiably scrutinized by countless media outlets; the reality of their free labor agreement is anything but prestigious in most cases. In a recent study performed by the National College Players Association, 86% of college athletes across America live below the poverty line.  Young men and women are taking the same risks as well paid athletes, only a few years older in most cases, for menial restitution while their likenesses are monetized in every conceivable form. When $5.6 billion is acquired from ticket sales in a league with no millionaire athletes, a felon making Ivy League furniture for pennies on the dollar shouldn’t seem so juxtaposed.

The suggestion that college players be treated as prison laborers is still problematic on a litany of levels, especially to Black players. Rationalizing the notion of unpaid labor by using an amendment originally installed to appease southern aristocrats after the Civil War is unquestionably callous. Any moral high ground is self presumed at best, but all credibility was lost upon discovery of this most recent motion in court. What will this mean for future generations? Why should a child play for a school that would rather fight in court than pay them? Not only that, the implication speaks to an allegation that has long been denied by the NCAA: they are in it for the money, not the students.

While they’ve remained steadfast throughout the years with regards to their financial model, regardless of whether or not courts ruled in their favor, these recent findings will certainly tailor the conversation in a different direction. When the National Labor Relations Board dismissed a court ruling that allowed college athletes to unionize in 2015, it was done under the notion that competitive balance would be implausible between nonunion teams. In doing so, the ruling of student athletes as school employees was retroactively disbanded.

In the court of public opinion, the NCAA has always benefited from its monopolizing nature; their sports stories will continue to flood news sites daily, no matter what comes of this. However, they may have finally struck a societal nerve too deep-rooted to be overshadowed by any traditional sports story. LeBron James, Jemele Hill, and even former President Barack Obama have chimed in with regards to chinks in NCAA policy in recent days. But regardless of outside noise, this is the player’s fight to fight, it will be interesting to see how college athletes react in the next chapter of this ongoing battle.