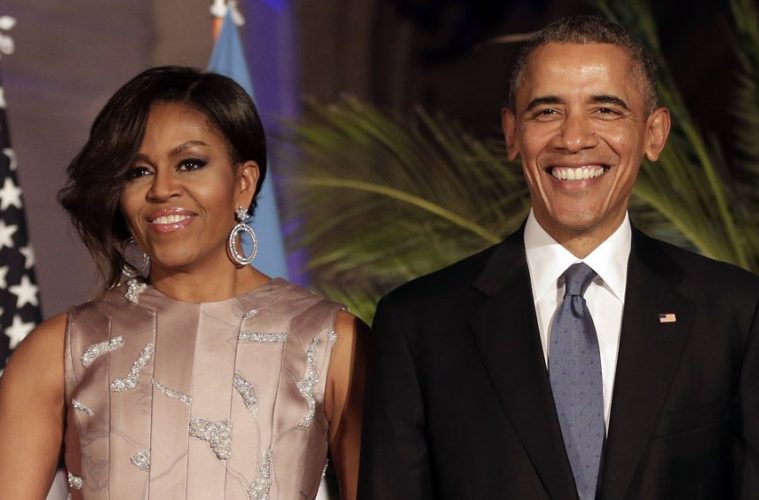 Barack and Michelle Obama to Create Exclusive Podcasts for Spotify

Barack and Michelle Obama will be creating exclusive podcasts for Spotify.

The Obamas’ production company Higher Ground announced their plans with the streaming giant Thursday. The former president and first lady will develop, produce and lend their voices to podcasts for a global platform. Spotify has 100 million paying subscribers and 217 million monthly active users.

Financial details of the blockbuster deal were not revealed.

“We’ve always believed in the value of entertaining, thought-provoking conversation,” President Obama said in a statement. “It helps us build connections with each other and open ourselves up to new ideas. We’re excited about Higher Ground Audio because podcasts offer an extraordinary opportunity to foster productive dialogue, make people smile and make people think, and, hopefully, bring us all a little closer together.”

The collaboration with Spotify comes a year after Barack and Michelle Obama unveiled Higher Ground Productions last year. They are also developing a variety of projects with Netflix. Some of the titles include of Michael Lewis’ “The Fifth Risk,” a Frederick Douglass biopic and “Crip Camp” which is about the disability rights movement.

“We created Higher Ground to harness the power of storytelling. That’s why we couldn’t be more excited about these projects,” the 44th president said at the time. “Touching on issues of race and class, democracy and civil rights, and much more, we believe each of these productions won’t just entertain, but will educate, connect, and inspire us all.”

The former first lady added that Higher Ground would focus on stories that were relevant to daily lives.

“We think there’s something here for everyone—moms and dads, curious kids, and anyone simply looking for an engaging, uplifting watch at the end of a busy day. We can’t wait to see these projects come to life — and the conversations they’ll generate,” she said to us.