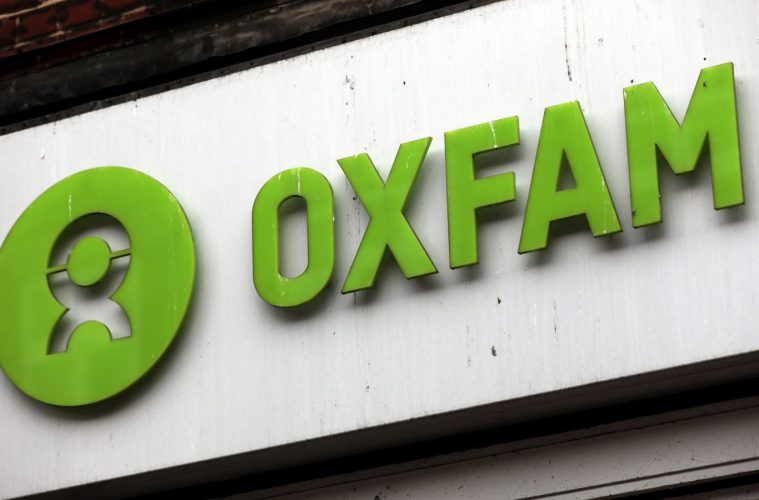 Last week beckoned a return to normalcy for the now shamed charity syndicate, Oxfam, with Swedish development agency Sida announcing a $12.6 million donation for humanitarian efforts. While most assumed that it would only be a matter of time before European nations felt favorable towards the organization, one can certainly be speculative of a month long redemption process to effectively alleviate over a decade of sexual misconduct. With regards to Haiti, Oxfam officials insured donors that new precautions were in place to monitor volunteer activity. Still, the magnitude of scandal seems to pale in comparison to the manner in which it has been swept under the rug.

When Mark Goldring, Chief Executive of Oxfam, spoke in front of members of parliament amidst the breaking of the scandal in mid February and detailed the events of the 2011 sex scandal in Haiti, his profession of lost charitable donations garnered no apparent sympathy. The hearing intended to provide clarity; how could an investigation pertain to the sexual assault of multiple Haitian women be carried out without the assistance of Haitian authorities? Though forthright, Goldring did little to repair the tarnished reputation of the charity
behemoth (representing 19 individual organizations).

Founded in 1942, the Oxford Committee for Famine Relief exploits the central goal of eradicating
poverty. Last year, the total earnings report tallied Oxfam at €443 million from institutional funding and
another €424 million from public fundraising (roughly 1 billion in US currency). 69 percent of that
money is relegated to program implementation, while the other 31 percent is allotted to managerial
expenditures (salaries, marketing, legal fees, etc). While the organization is a far-cry from the grassroots
cooperative of Quakers and Oxford scholars it began as, they’ve enjoyed a level of credence almost
exclusive to charities amongst public institutions. Prior to the sexual misconduct allegations that The
Times first reported earlier this month, public opinion of Oxfam was seemingly impenetrable.

Details from a confidential report conducted by Oxfam officials describe the events in 2011 as follows:
four men were fired and another three were given the opportunity to resign under the pretense of
“sexual misconduct.” The charges included bullying, the intimidation of residents, possession of
pornography, and the solicitation of prostitution. Despite the litany of charges presented, Haitian
authorities were never notified of any incident. Oxfam decided to handle the scandal in house,
presumably to salvage their reputation and that of the employees who were given an opportunity to
resign. Among those who resigned was Belgian country director, Roland Van Hauwermeiren, who
admitted to paying for prostitutes and housing them in expensive villas all on Oxfam’s dime.

While Oxfam is no stranger to conflict, this apparent abuse of power has been especially damning. Like
The Times did initially in their groundbreaking front page article, the majority of publications have
excoriated the company with particular attention to the lack of due diligence in notifying the Haitian
government. In their initial statement, Oxfam representatives reportedly insinuated that internal
corruption on behalf of the Haitian Government meant that nothing would have been done anyway.

That assumption seemed asinine, to say the least, when it was discovered that multiple incidents
involved girls as young as 14 years old (the age of consent in Haiti is 18). While this information
pertaining to statutory rape was included in the in-house investigation report, it was omitted when the
case was presented to The Charity Commission of the United Kingdom. Shortly after the news of this
exclusion became palpable, allegations snowballed with the similar valor of the #MeToo movement.

The next two days brought sexual assault claims to more than 100 workers throughout separate UK
charities over just the past year. Charges ranged from the solicitation of sex by Oxfam workers to
underaged girls whom they were responsible for, to sex parties that included the aforementioned director Van Hauwermeiren. A study that was recently filed discovered that more than 20% of Haitian women seeking refuge in Oxfam camps have reported some form of sexual assault.

Oxfam officials later declared that they would no longer bid for government funding until
they have completely cleared themselves from this scandal. As previously stated, Government funding
accounts for more than half of the revenue Oxfam operates with. The collective of charities has always
found strength in numbers, now all 19 organizations are relegated to personal donations.

The President of Haiti, Jovenel Moïse, has also pledged to launch an investigation into the predatory
allegations of Oxfam. He was quoted as describing the charges as just “the tip of the iceberg,” implying
that a number organizations have denigrated Haitians under the guise of earthquake or hurricane relief.
The world is becoming smaller and suppressing information is becoming harder, but it’s yet to be seen
how impactful this global participation will be in the mistreatment of Black people throughout the
world.

Prior to the announcement from Sida to provide funding, Oxfam’s future was cloaked in an unfamiliar air of uncertainty. Now, they’ve presumed a position of authority while the people of Haiti have a reclaimed sense of disregard the residents are all too familiar with. Unlike the UN fostered cholera outbreak of 2010 or the Clinton Foundations laundering of over $100 million, this scandal went unreported for 7 years while sexual abuse continued. Haiti simply does not possess the resources to properly vet every charity in
the country while still recovering from a massive earthquake and an equally damaging hurricane just 6
years later (Hurricane Matthew, 2016). The larger villain than even Oxfam is the charity racket as a whole; these organizations have been around long enough to declare that their interference in improvised countries is minimally beneficial at best. If the judicious nature of the information age isn’t enough to dismantle these blatant abusers of power, what will be?