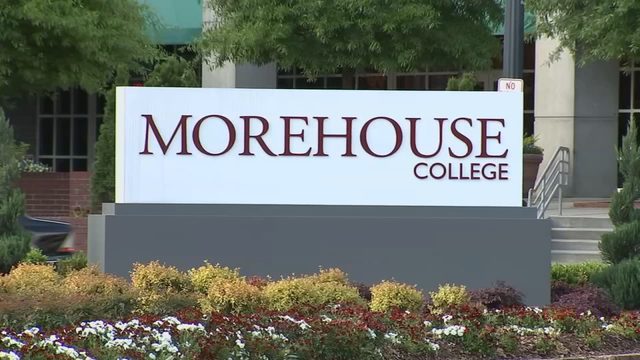 Morehouse College, the only private historically black liberal arts college for men in Atlanta, Georgia, will begin to admit transgender male students in 2020.

Morehouse announced their new Gender Identity Admissions and Matriculation Policy in a press release. Dr. David A. Thomas, President of Morehouse College, led the task force for this initiative that would support every individual’s right to self-identification and ensuring quality of education.

“Morehouse College has been at the forefront of human rights issues for 152 years,” Thomas said in a statement to CNN. “Today’s vote to reaffirm our dedication to educating and developing men, including trans men, is an important step into one of the new frontiers of social justice — gender identity.”

The policy was developed after 15 months of input from faculty, staff, students, and alumni. The guidelines will apply to all students who enroll in Morehouse College by the Fall 2020 semester.

“Morehouse will continue to use masculine pronouns, the language of brotherhood, and other gendered language that reflects its mission as an institution designed to develop men with disciplined minds who will lead lives of leadership and service,” the statement read.

Furthermore, students are expected to continue to self-identify as men throughout their matriculation at Morehouse once admitted. There will be exemptions granted to this rule and students can appeal before a by a three-person committee appointed by the President.

“The appeal must address why the student desires continuation at Morehouse, a school explicitly designed for men, and any hardship to be incurred by forced withdrawal,” the statement read.

Terrance Dixon, Morehouse’s Vice President for Enrollment Management, said that the HBCU’s change in policy reflected a change in culture. Dixon added that it would allow students to become better leaders of tomorrow.

“In a rapidly changing world that includes a better understanding of gender identity, we’re proud to expand our admissions policy to consider trans men who want to be part of an institution that has produced some of the greatest leaders in social justice, politics, business, and the arts for more than 150 years,” Dixon said.

“The ratification of this policy affirms the College’s commitment to develop men with disciplined minds who will lead lives of leadership and service.”

Spelman College, a private historically black all-women’s school in Atlanta, adopted a similar policy in 2017. Students at Morehouse were both elated and let down by their university following Spelman’s lead.

“When I was at Morehouse it was much more homophobic and much more transphobic,” Robert Brown, an alumnus who graduated in 1996, said. “It’s great to see the school embrace a broader spectrum of students.”

Titi Naomi Tukes, who graduated from Morehouse in 2017, disapproved of the change. Tukes felt that many college students often question their sexuality, religion and gender while in college.

“I unequivocally disapprove of it because it is exclusionary of trans women or gender non-conforming and non-binary students,” Tukes, who uses the pronouns they, them and theirs, said.

“In this case the college would expel students for something they have no control over.”