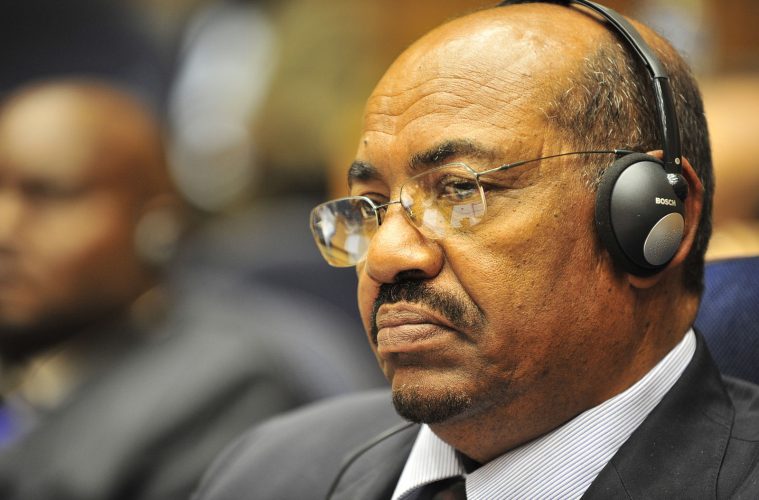 After 30 years in power and five months of protests, Sudanese President Omar Al-Bashir has been removed from office. On Thursday evening the military announced that they had arrested Al-Bashir and that a military council will rule the country for the next two years.

Everybody’s out on the streets in Sudan right now – as President Bashir is under house arrest and armed forces take power with a transitional military government.

This is how Sudan got here. @YousraElbagir

Protestors have rejected the military coup and military council. According to Al Jazeera, protestors have said that the decisions made by the newly sworn-in General Ahmed Ibn Auf do not match the demands for a government led by civilians. Additionally, there are concerns that the structures that allowed President Bashir to hold power will remain in place. According to the BBC, General Auf was considered as a potential successor of Bashir’s, as he was head of military intelligence during the Darfur conflict and first vice-president after a cabinet reshuffle in February.

He was formerly Bashir’s Chief of Staff of the Ground Forces.

According to the head of the military council’s political committee, Lieutenant General Omar Zain al-Abidin, the military has no ideology and is only in place to ‘maintain order and security to provide the opportunity for the people of Sudan to achieve the change they aspire to.” On Friday, it was announced that the military asked political parties to select representatives for a meeting with coup leaders. They have warned the protestors still on the streets that there will be zero tolerance for disturbances.

The protests have made international headlines for their use of music and the role that women have played in the anti-government demonstrations. This past week, a young Sudanese woman atop a car went viral as an iconic image from the protests. Last year a Buzzfeed report documented how women were using private Facebook groups to expose state officers assaulting protestors.

Another concert last night at the sit-in outside the army headquarters in Khartoum. A slogan reads “instead of a rifle, bring a violin”, and the group chorus chanting:
Our heads high
Our parades marching ahead#SudanUprising #HQ_sit_in pic.twitter.com/IDsiozx2c9

I’ve been seeing this pic on my #Sudan_Uprising TLs today and it’s amazing. Let me tell you why. pic.twitter.com/Gt6Otvj0Al

Protests began in the country in December 2018, when the government employed emergency austerity measures to prevent economic collapse resulting in cuts to bread and fuel subsidies. Citizens began protesting due to the rising cost of living, however, as time progressed and the protests spread to the capital city Khartoum, protestors began demanding the removal of Al-Bashir and his government.

Colourism and racism have been a major part of Bashir’s divide and rule tactics in Sudan. This is so crucial to see. https://t.co/cOG0RdY73k

Sudan had been under sanctions from 1997 until 2017 when the U.S lifted them. Some believed that the end of the economic embargo and sanctions would potentially help improve Sudan’s economy and relations between the two countries. However, the country’s economy continued to deteriorate as they were still on the state departments list of state sponsors of terrorism and could not receive funding from the IMF and World Bank.

Former President Al-Bashir is wanted by the International Criminal Court for crimes against humanity in relation to the conflict in Darfur. The military has announced that they will not extradite him but he may be put on trial in Sudan.

The ousting of Al-Bashir comes on the heels of two of Africa’s longest-serving leaders leaving office. This March protests in Algeria led to the removal of President Bouteflika who ruled for 20 years and this past December the Democratic Republic of Congo said goodbye to former President Joseph Kabila after 17 years.