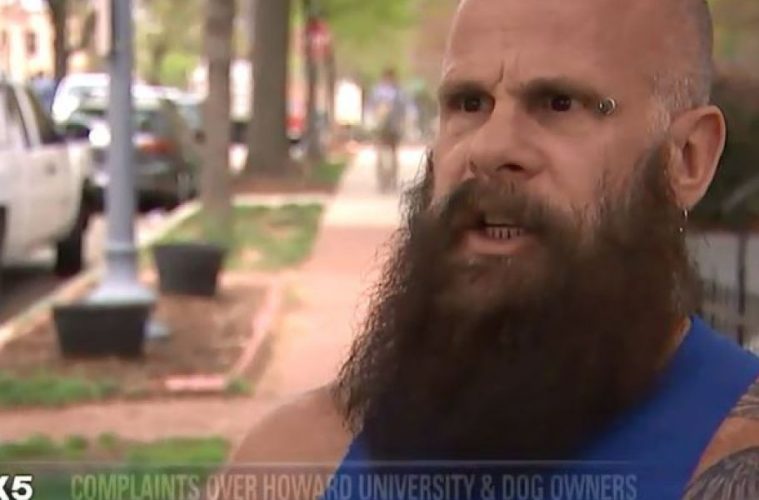 White Man Wants To Use Howard University As A Dog Park

A white man suggests Howard University should be treated like a dog park after students complained about disrespectful residents.

A man from Washington, D.C. who made an appearance on a local Fox affiliate station is causing Black Twitter into a frenzy after suggesting Howard University’s, an HBCU,  most popular area of the campus, The Yard, should be used as a dog park after students said collectively were outraged.

The white man in question is named Sean Grubbs-Robishaw, and his questionable remarks during the interview with Fox 5, were that he said Howard students are “part of D.C. so they have to work within D.C.”

Grubbs-Robishaw, before deleting his Twitter account, is apparently a fitness buff, showed a lot of condescension toward the historically black university and its students, stating, “So if they don’t want to be within D.C., then move the campus. I think we need to work together. “It’s our community and that’s how it should be.” 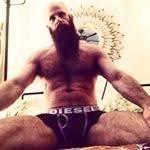 Howard students and Black Twitter were not having it. The students have been complaining about nearby residents using The Yard as a personal dog park, which is a clear sign that D.C., once known as Chocolate City due to its predominance of black people and the culture, is being gentrified.

Students at the historically black university had complained about an increasing number of nearby residents using The Yard, an area at the heart of Howard’s campus, as a dog park. Some, according to local outlet DCist, attributed the activity to a side effect of gentrification in the surrounding neighborhoods.

If there’s one benefit from Grubbs-Robishaw’s insensitive interview, it is that his comment has made the issue more important than it actually is. Maybe Howard students can expect a cleaner, dog free environment after this story clip has gone viral.

In 2015, some students created a Twitter hashtag #wearenotapark in response to neighbors using The Yard as a park. Seeing how many news outlets failed to report about this, Grubbs-Robishaw highlights how white people who don’t respect The Yard as a private space for Howard’s predominantly black student body can openly vandal private propriety if it belongs to black people.

Howard University’s President Wayne A. I. Frederick is “aware of the concerns regarding dog walking across campus,” and noted that “Howard is a private institution” in a statement.

In rebuttal to Grubbs-Robishaw’s “don’t want to be within D.C… we need to work together. It’s our community” contradiction, President Frederick said “[Howard University] shared a long-standing positive relationship with our evolving community for more than 150 years, which we look forward to continuing in the future.”

President Frederick included that his administrators have regular meetings inclusive of its students, faculty and members of the Advisory Neighborhood Committees (ANC) to support the neighborhood and its surroundings.

“I recently reached out to our local ANC and Councilwoman to engage in a dialogue,” he said. “We recognize that service animals are a necessary aspect of modern-day life and we will accommodate them as needed. We appreciate pet owners respecting our campus by not bringing pets onto the private areas.”

Howard University was established back in 1867.