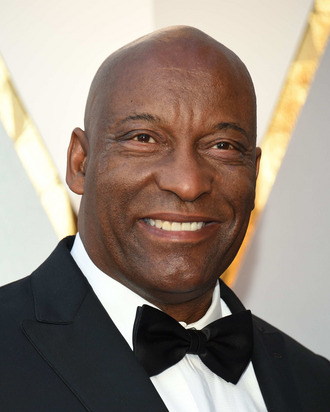 John Singleton, legendary director of such films as “Boyz n the Hood”, is hospitalized in the ICU after suffering a stroke.

Singleton’s family released a statement Saturday confirming that the 51-year-old was hospitalized and under the care of doctors.

“John is currently in the ICU and under great medical care,” the family statement said. “We ask that privacy be given to him and our family at this time and appreciate all of the prayers that have been pouring in from his fans, friends and colleagues.”

According to sources, the stroke was characterized as “mild”. It was added that Singleton checked himself into the hospital earlier in the week after experiencing pain in his leg. Singleton had reportedly been on a flight from Costa Rica back to the U.S., which may have contributed to the stroke.

Singleton  has directed films such “2 Fast 2 Furious,” “Four Brothers” and “Shaft.” He was also the first African-American nominated for an Academy Award for Best Director for “Boyz N the Hood” in 1992. The movie, released in 1991, grossed $57 million. Singleton was also nominated for  Best Original Screenplay. He was 24 at the time but earning high praise from critics such as Roger Ebert.

“Singleton is a director who brings together two attributes not always found in the same film: He has a subject, and he has a style,” Ebert wrote. “The film is not only important, but also a joy to watch, because his camera is so confident and he wins such natural performances from his actors.”

In 2017, he received two Emmy nominations for taking command at FX’s “The People v. O.J. Simpson” for an episode and the documentary “L.A. Burning: The Riots 25 Years Later.”

“We are sad to learn the news of John’s condition, but we know he’s a fighter,” FX Networks said in a statement. “The thoughts and prayers of everyone at FX and his ‘Snowfall’ family are with him and we are hopeful for a complete and speedy recovery.”

Singleton’s celebrity friends such as Snoop Dogg were quick to send their well wishes.