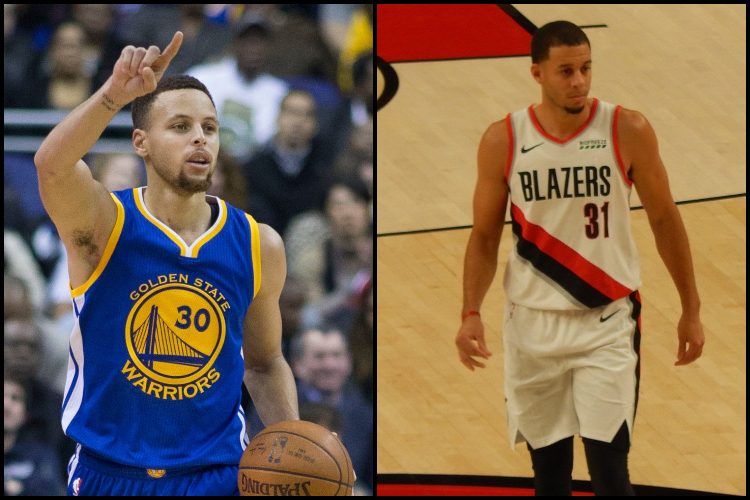 The NBA Playoffs: One of the Greatest Ever… So Far

When the Los Angeles Lakers were eliminated from playoff contention after a disappointing season, it ended a remarkable run for LeBron James who has had eight (!) consecutive finals appearances. Which left many pundits to wonder how it would affect the playoffs. Would there be any storylines to follow, any exciting games without one of the all-time greats?

These 2019 playoffs, especially the second round, answered that question with an emphatic yes.

Granted, the viewership in the first round declined sharply from the last few years. However, this can be attributed to bland first-round matchups that included the Pistons and the Bucks, the Celtics and the Pacers – without their All-Star, Victor Oladipo – and the Raptors and Magic. The NBA expected a drop in ratings without their most marketable star participating.

This isn’t to say that the first round didn’t have its moments. The resilient LA Clippers pulled off the largest comeback in NBA history, overcoming a 31 point deficit to even the series against the Golden State Warriors in Oakland. Nobody truly expected the Clippers to shock the Warriors, but winning two games against them, one of them being in Oakland, is no small feat against one of the greatest basketball dynasties of all time.

Who could forget Damian Lillard’s and Westbrook’s mini-rivalry? Lillard and Westbrook were jawing at each other, and things got chippier with each passing game. However, when Lillard sunk a jumper from the logo to close the series and send Westbrook and OKC home in game 5, he became the only player in NBA history to have multiple series-winning buzzer beaters.

Then came the second round, and with it, the emergence of several storylines. The sky falling on Kyrie Irving and the Boston Celtics is one of the more perplexing narratives of not only the second round but this entire season. Pegged by many to be the favorites to represent the East in the Finals, they instead lost four straight games to Giannis and the Milwaukee Bucks after utterly destroying them in Game 1. Irving struggled mightily the entire series, shooting poor percentages and showing a lackadaisical demeanor when on the court. This raised further speculation about his future with the Celtics and had many placing blame up and down the roster. Kyrie’s cloudy future with the team promises to make this summer interesting for Celtics and NBA fans alike.

The Warriors and Rockets locked horns once again, with many actually believing Houston could take Golden State down this time around. This notion was heightened when Kevin Durant exited Game 5 with what appeared to be a torn Achilles. But no Durant, no problem, as Harden and the Rockets failed to take advantage and bowed out in 6 games. Steph Curry, who many criticized for going ghost in big playoff moments, exploded in the second half of Game 6 with 33 points after logging zero in the first half. Harden’s inability to get past a vulnerable Warriors squad further damages his legacy and legitimacy as someone who aspires to win a championship. It also leaves him on a rather unfavorable list for NBA players.

Perhaps the biggest storyline this playoff season has been Kawhi Leonard, who has been robotic. Game in and game out, he has been consistently unstoppable for the Raptors and has given them a legitimate shot at reaching their first NBA finals. I thought it would be impossible to top Lillard’s game-winner, but just four days after, Leonard does this.

It was the type of shot that can’t be replicated, even if you took that shot another hundred times. It left Raptors fans with a moment they won’t forget and took them to an Eastern Conference Finals (ECF) showdown with the Bucks.

While the Conference Finals just began a few days ago, they promise to be as entertaining as ever. Last summer, CJ McCollum hosted Kevin Durant on his podcast and Durant laughed at McCollum calling the Blazers contenders. Now, they are meeting in the Conference Finals (although Durant missed game 1, and will likely miss Game 2). While the Blazers fell short against the Warriors sans Durant, I attribute that to playing an emotional Game 7 just two days before in high altitude against the Nuggets.

Tuesday nights Game 1 of the ECF did not disappoint, with the Raptors and Bucks trading blows in what turned out to be a highly entertaining opening to the series. The Bucks ultimately won but like the Blazers, the Raptors looked sluggish after winning a Game 7 just three days prior.

I don’t want to get ahead of myself, but these playoffs have been one of the most entertaining in a long time— maybe ever. We still have two rounds left, but if the first two are any indication, it figures to be a heck of an ending.