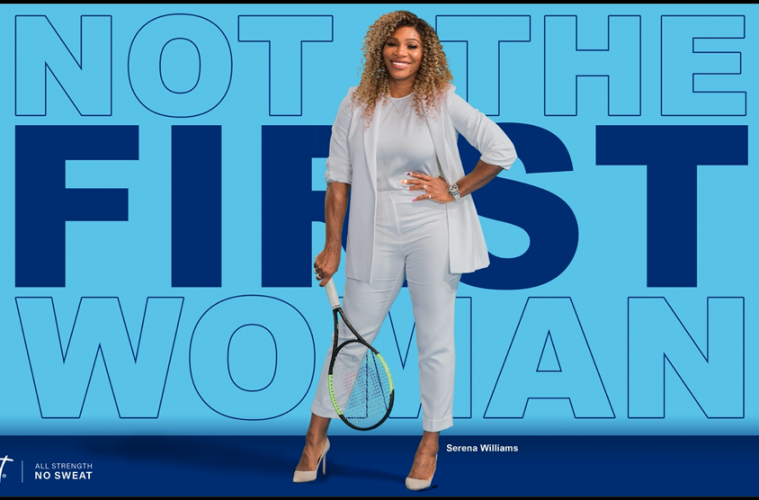 The campaign called, “Not The First” sheds light on athletes like Williams and Cash and encourages people to recognize the wonderful women in their lives. Secret is asking for multicultural influencers to recognize the women who first influenced them to potentially receive a donation for an organization of their choice.

Williams, a 23 Grand Slam title holder, came on board for the Secret campaign because she wants to use her platform to inspire women of color.

“Secret carries a strong reputation of supporting equal opportunity and representation for women,” tennis legend Serena Williams said in a statement. “It is crucial to me that I use my platform to inspire change and support all women, particularly women of color because we are often overlooked and underestimated. I am excited and honored to partner with Secret to inspire a brighter future where women no longer have to be labeled as the ‘First.’”

As for Cash, the retired WNBA player who currently serves as the vice president of basketball operations and team development for the New Orleans Pelicans, the campaign is a way for her to stand with women of color who have a difficult path to success.

“As a woman of color, I understand the difficulties that can arise while trying to make headway in a male-dominated Sports and Media industry. Secret has a history of supporting equal opportunity for women by spotlighting and celebrating our stories, and ‘Not The First’ is no different,” she said. “I am honored to pay tribute to my role models, inspire honest dialogue and motivate women to keep pushing so they aren’t the last!”

Sara Saunders, the Associate Brand Director of Secret, wants people to know that the campaign is all about equal representation and empowerment for women of color.

“At Secret, we are proud to continue our commitment to equal representation and to keep working until all women can live in a world where we don’t have to sweat equality,” said. “Our ‘Not The First’ partners demonstrate unwavering strength and a relentless approach to empowering women of color. We hope ‘Not The First’ will encourage all women to share their incredible tributes, to help drive change.”

To join the party, Secret wants people to use the hashtags  #NotTheFirst, #ASNS and #IWD. The newest campaign from the deodorant company comes just in time for International Women’s Day on March 8.

“At Secret Deodorant, we believe women are all strength, no sweat. The campaign spotlights some of the most remarkable women in sports today, while paying tribute to the women who paved the way for their professional success,” a statement from the brand says. “The film stars tennis legend Serena Williams, as well as Olympic Gold Medalist and NBA New Orleans Pelicans executive Swin Cash. Join the conversation on social media (#NotTheFirst) and share a tribute to a woman who first inspired you to pursue your passion.”

Check out the newest Secret Deodorant campaign video below: