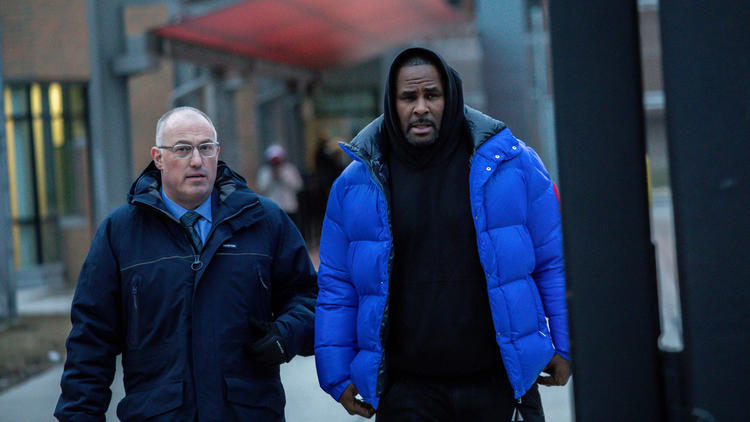 Last Saturday, a judge set Kelly’s bail at $1 million and $100,000 was required for him to pay until he could be released. The day before, Kelly was charged with various counts of sexual abuse against minors. Steve Greenberg, Kelly’s attorney, told the press that Kelly was unable to pay due to mismanagement of funds and hanger ons. Kelly also owes more than $169,000 in unpaid child support to his ex-wife as of February 6. Ultimately, an unidentified 47-year-old woman who would only describe herself as a “friend” paid the 10% of the bail needed to secure Kelly’s freedom.

After Kelly left jail, he went to a McDonald’s in River North and reportedly ate a quarter pounder meal with BBQ sauce on the side. The 52-year was accompanied by his entourage and then went to a cigar lounge.

Kelly is due back in court on March 22 in relation to the pending charges against him. They were initiated after attorney Michael Avenatti submitted videos to prosecutors of Kelly having sex with an underage girl. Avenatti recently said that he has even more videos and witnesses willing to come forward against the singer.

“Over the weekend, we have encountered a number of additional witnesses who we have interviewed, who we are in the process of preparing to meet with prosecutors,” Avenatti said Monday.

“Each of these witnesses describe a decadeslong system of abuse by Mr. Kelly of underage girls.”

Avenatti said that prosecutors were now in possession of this second, graphic tape.

“The videotape depicts Mr. Kelly engaged in illegal sexual assault of a 14-year-old girl. It is approximately 55 minutes in length,” Avenatti said. “It leaves no question as to Mr. Kelly’s guilt on the tape.”

Greenberg disputed all the allegations.

“I believe all the women are lying,”  Greenberg said.

In addition to his legal woes, Kelly is also having professional troubles. His upcoming concert in Germany was canceled due to his arrest.