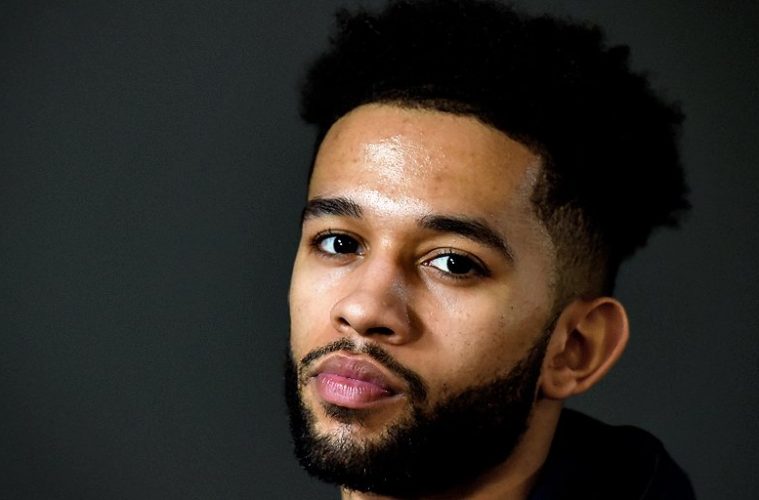 Syracuse’s Howard Washington Reveals He Had A Stroke

In a first person account that was published Tuesday on Syracuse.com with the help of Mike Waters, Washington shared the reason why he had decided to take a medical red shirt last December. It had been assumed that the injury was due to an ACL injury. In actuality, he had suffered a stroke on Sept. 26.

Washington described that he had become dizzy but was still walking by his own power. However, he soon began to slur his words and lose balance. He wasn’t able to communicate with others what was going on.

“I felt kinda weird, all cloudy and dizzy, but I’m still walking. I’m near a car and I feel myself getting super weak and I’m losing my legs. My right foot’s dragging and my left arm’s on the car. It’s like I’m slowly falling, falling, falling. I lost everything on the right side of my body. I felt like everything just shut down,” he said.

Washington relayed that he had been dragged to a bench to recuperate and attempted to call his trainer,  Brad Pike. Pike initially assumed that Washington was pulling a prank and said his words sounded like mumbling. Washington was able to get the words “Help” and “Quad” out of his mouth which prompted Pike to call Officer Andrew Clary, the Department of Public Safety officer who is assigned to the basketball team. Soon after, he was transported to Crouse Hospital.

“I remember them putting IVs in my arm. I could barely move. I couldn’t feel anything on my right side. They’re asking questions and I’m slowly regaining some of my speech. I could talk just a little bit,” Washington said.

“It was just a couple words at a time, but inside my brain I want to talk in complete sentences and tell them what’s going on, but I couldn’t.”

Tests showed that two clots in the artery going up the left side of my neck to my brain which caused the stroke. Dr. David Padalino, a neurosurgeon, performed the procedure to remove the clots. He was given sedation but could still feel what was happening to him as the doctor operated.

After surgery, it was determined that there was a small hole in Washington’s heart that never closed which led to the clots forming. He was placed on blood thinners and could not play basketball for some time. 33 days after his stroke, he returned to the court and payed for seven minutes.

“It still sounds crazy to say I had a stroke. I feel completely fine now. I’m back playing basketball again and I’m going to play next season. I can’t wait,” he said.